Now that I think about it, in the last decade or so I’ve been drawn toward a minimal aesthetic. There’s something about a Hemingway short story, a sonnet by Shakespeare, the lines of modernist architecture, a cheese pizza, a hoppy ale, a motorcycle ride in the mountains, a sunset on the beach. Often, the more that’s added, the more that’s lost. 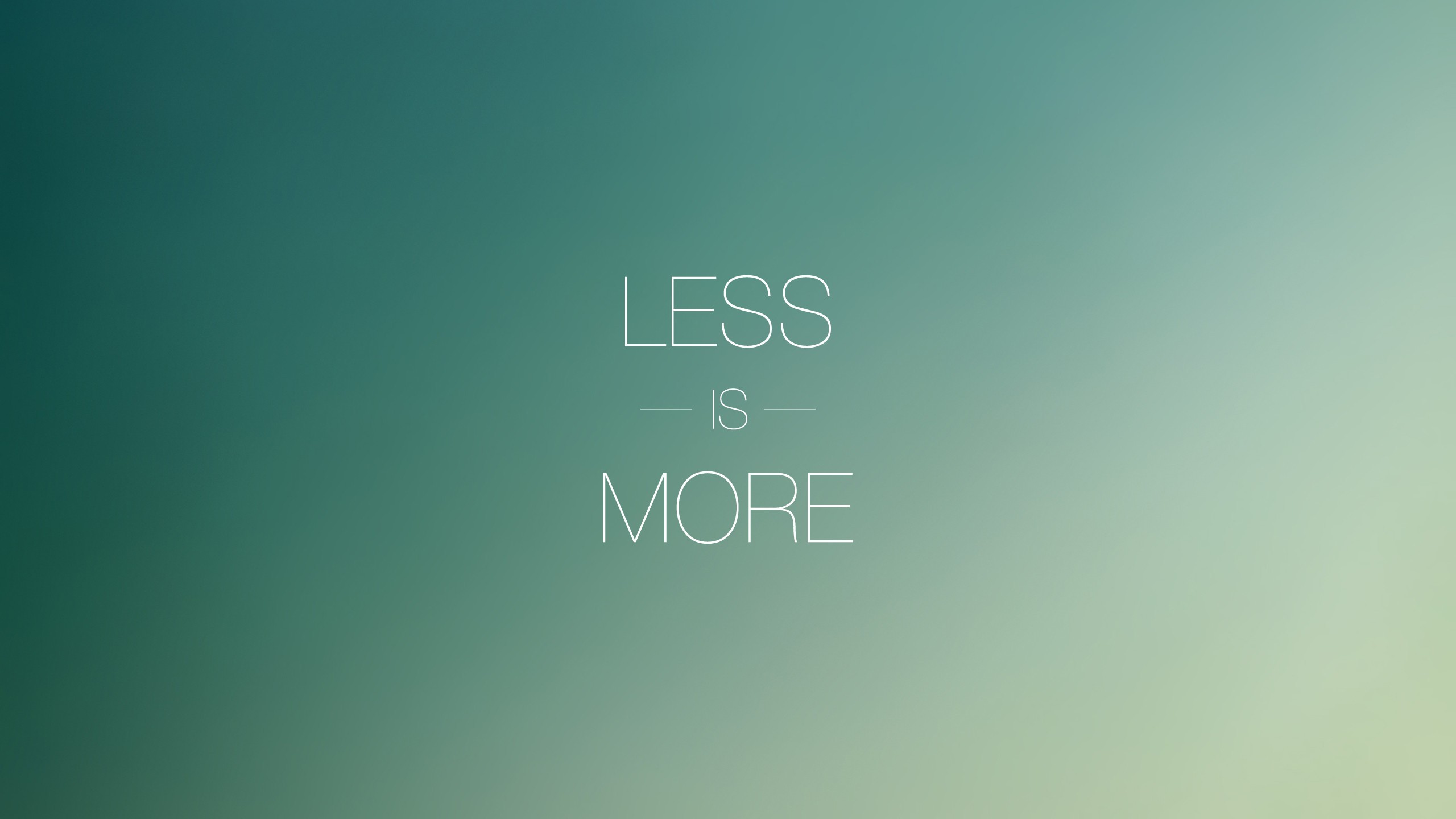 The practice of less-is-more is also appealing in the practice of everyday life. I’m not talking the ascetic life of a Buddhist monk — is a radical minimalism even a minimalism anymore? — but one that is deliberate and measured.

Years ago, my friend Kip and I were talking about our youth and some of the choices we made that have defined who we are today. He observed that I liked to spend my money on things, while he preferred to purchase experiences. I’m pretty sure he was offering me some wisdom that I was too dense at the time to infer.

As the product of a consumer culture, I did what I was programmed to do: buy things and measure my happiness on quantity, rather than quality. This is an oversimplification, but the heart of rings true: I like stuff, and I used my work and good name (i.e., credit) to buy more and more.

I have a contact on Instagram who shares photos of her experiences: good food, unique places, and what I’m sure are lovely bottles of wine. She remarked that while she doesn’t make much money, what she did make went to purchasing a quality in her life that mere materialism couldn’t afford. In other words, she explained, I buy experiences, not stuff. Another wise echo.

There’s a delicious paradox in the minimal. Many might mistakenly equate “minimal” with “simple”; while the minimal might be simple, a better synonym might be “subtle.” The minimal pays its dividends through contemplation and examination. It intrigues and demands a closer look. The beauty of the minimal shows when, upon consideration, it is seen to be in reality something complex and nuanced, perhaps haunting and sublime. It lingers, becoming a craving, a desire, an obsession. The truly minimal does not let you go. Subtlety in the minimal, to me, is the best expression of art we can achieve.

Consider the heroic couplet. Masters of this form, like Alexander Pope, densely packed two lines of rhymed iambic pentameter, so like a small polished gem, it became a compressed diamond with many facets of meaning. Consider this one from Pope:

Here Pope dismembers “Sappho,” his former friend Lady Mary Wortley Montagu, in two lines. In fact, so satiric is the effect of the antithesis and concision of the second line that Montagu, a prominent poet of Pope’s day, went to Sir Robert Walpole, the Prime Minister, and sought to have him command Pope to omit the couplet from forthcoming editions of the poem. Here is minimalism at its best.

So, another irony presents itself. In a blog post about minimalism, I seem to be rambling. What’s your point, eh?

In “Eight Things You Can Live Without,” Lindsay Schauer outlines a non-hardcore minimalist philosophy. While her desire declutter her life is based on practical living conditions, the lessons can apply to anyone who is thinking about shifting his priorities: namely me. Basically, get rid of stuff.

Currently, Macon affords us a larger house and the disposable income to keep it full of junk. Our carbon footprint is too big, as is our mortgage. We’ve been talking about downsizing both hypothetically and in reality when we do finally make the move to an urban loft. (A boy can dream, no?) Still, I’ve made the decision to buy less stuff and more experiences.

It only took me until my mid-forties to learn this lesson. I think the digital has helped, as Schauer mentions. Bits take up a lot less space than atoms. In fact, the stuff of my life that is meaningful translates well to the digital: books, photographs, art, writing, memorabilia. But this is a post for another time.

I’m ready to get more minimal.