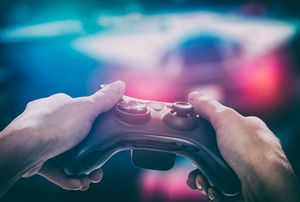 Following the cue from Moulthrop, Gonzalo Frasca considers the larger cultural context of gaming in “Videogames of the Oppressed: Critical Thinking, Education, Tolerance, and Other Trivial Issues.” Frasca believes that video games, properly theorized and constructed, can help players realize alternative points of view for dealing with their local realities.[1]

Calling on Augusto Boal’s “Theater of the Oppressed,” Frasca envisions an open-souce version of The Sims where players can create, share, and critique versions of characters that reflect real life personalities and situations. He sees this sort of simulation in games as a way to explore systems of interaction and expose the rules that govern our lives. Like Boal’s Theater of the Oppressed, it allows a safe place to try out alternate solutions to complex life problems. The video game, then, becomes a place to play at what could happen in order to facilitate a good debate, rather than a solution.[2]

This is something I’ve thought about for years: just like the educational MOO growing out of the role-playing fantasy, why can’t we develop a space for open-source interaction that’s easy enough for the average user—read: non-programmer—to tweak in any way she sees fit? Like the question I had for Henry Jenkins and his Revolution game centered around Colonial Williamsburg: why can’t those brainiac types at MIT develop a good set of open-source gaming tools that we educators—read: non-programmers—can use to teach using games? This strikes me as sound pedagogy—something that might allow for online literature courses and educational revolution. Finally, a reason to have computers in the classroom other than for word processing.