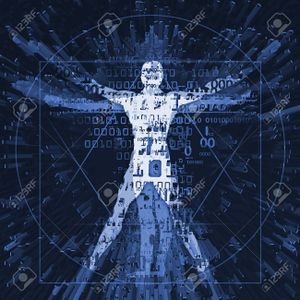 In a talk that Henry Jenkins gave at Macon State College earlier this semester, he stated that technology is interactive, but participation is cultural. I interpret this to mean that computers interact with one another, and this is not a human-like interaction; this communication in itself is not inherently meaningful without interpretation—without a mind to disambiguate.

When humans participate with and through computer interaction, then this play becomes culturally significant. Like Murray’s point: the computer allows for a human participation like never before in history, and this fact will impact, as Kurzweil suggests in Age of Spiritual Machines, how it is we define human. N. Katherine Hayles, in “Metaphoric Networks in Lexia to Perplexia,” understands the implication of this participation: “computation is fundamentally altering the ways in which humans conceive of themselves and their relations to others.”[1] She, among others, places the computer at the at the center of what will be new stories about the human condition.

Of what will these stories consist? I see monstrous visions of Haraway’s cyborgs, those “code potentials” that Bill Seaman sees as a hybrid of nanotechnology, biotech, and quantum computing.[2] Perhaps because postmodernity recognizes the the polyphony of human experience, we see the individual as a fragmented entity, were the borders are fuzzy, and certainty becomes anything but. The Internet holds more experience than any one person can have in a lifetime, pushing us to dream of microprocessing augmentation in order to take it all in, like Gibson’s console cowboy in Neuromancer.

Much of this work from Murray, Kurzweil, Hayles, Harraway, and others, still seems like science fiction—like speculation about a future reminiscent of golden-age sf. These visions of the future might have some value other than gee-whiz-I-can’t-wait anticipation, but what I find most valuable about the discussions of the future of art and new media is Murray’s idea of “rehearsals for life.”[3] Critics like Jenkins, Frasca, Penny, and Moulthrop all see the narrative/game as a potential space that, as the latter writes, “must teach us when to jump outside the game.”[4]