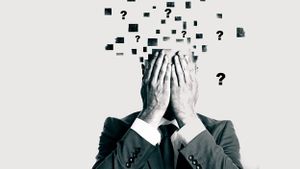 I am getting so frustrated with teaching. Perhaps it's that time of the semester, but the students are unresponsive, unenthusiastic, apathetic, perfunctory, and infuriating. It seems like many of them purposely misread or ignore the assignments. They complain, sigh, and whine in class. For instance, just today I gave them their assignment for essay three, and told them it should contain a minimum of six paragraphs and 1000 words. This girl in the front row let out an audible sigh, ending with the pursed lip of annoyance. I looked at her and said that's only about two word-processed pages. She said, “No, it's not. My essays now are two pages, and they're about 800 words.” What should I say to that? I wanted to say, “tough shit.” Maybe in high school we would let out sighs of apathy, but in college? I just want to shout: “You don't have to be here, you know?!”

This morning found me grading rewritten second essays. Many contained the same errors the originals, did not follow the rewrite assignment, included two copies of the rewrite but not a copy of the graded original (which I require), and seemed to otherwise totally miss or ignored the strategies that I outlined for them in individual conferences. After two, I would almost have rather taken my pocket knife out and cut off a finger than have to be tortured with another “rewrite."

Is this my fault? Some of it, obviously. Am I not being clear? For instance, I teach that a strong essay begins with a clear understanding of subject, purpose, and audience. If you don't know precisely what, why, and to whom you write, then you shouldn't be writing at all. I know, it's a bit extreme, but hard rules seem to work better than ambiguity. I clearly define what I mean by “subject,” “purpose,” and “audience” at the beginning of the term and tell them it will remain the same throughout the semester. Now here it is about a month away from the end of the semester, and most still do not know what I mean by “subject,” “purpose,” and “audience”—much less how to come up with effective ones. What else can I do short of carving it onto their foreheads with said pocket knife?

I’m also convinced that none of them—none—know how to make something a possessive. When they actually do it correctly, it’s just blind luck. It’s as if they just sprinkle apostrophes around anywhere, like they are fashion accessories: “Yeah, an apostrophe looks good here.” As if they are deciding on a another place to get their bodies pierced.

OK, I redesigned my essay three assignment, and we had some group brainstorming today. Many seemed to get the assignment and were actually enthusiastic. I feel better now. Thanks for letting me rant. I know this doesn't solve the problem, but maybe my assignments need to be revisited.