When I was a kid, Dad and I used to watch movies together. Our favorites were James Bond flicks, but we also got in the occasional western, like Butch Cassidy and the Sundance Kid and Silverado. I mean, what American male doesn’t love a good western? What could be more of an archetypical symbol of America than a showdown at noon, an epic chase across brutally beautiful desert terrain, or the bad guy getting what was coming to him? 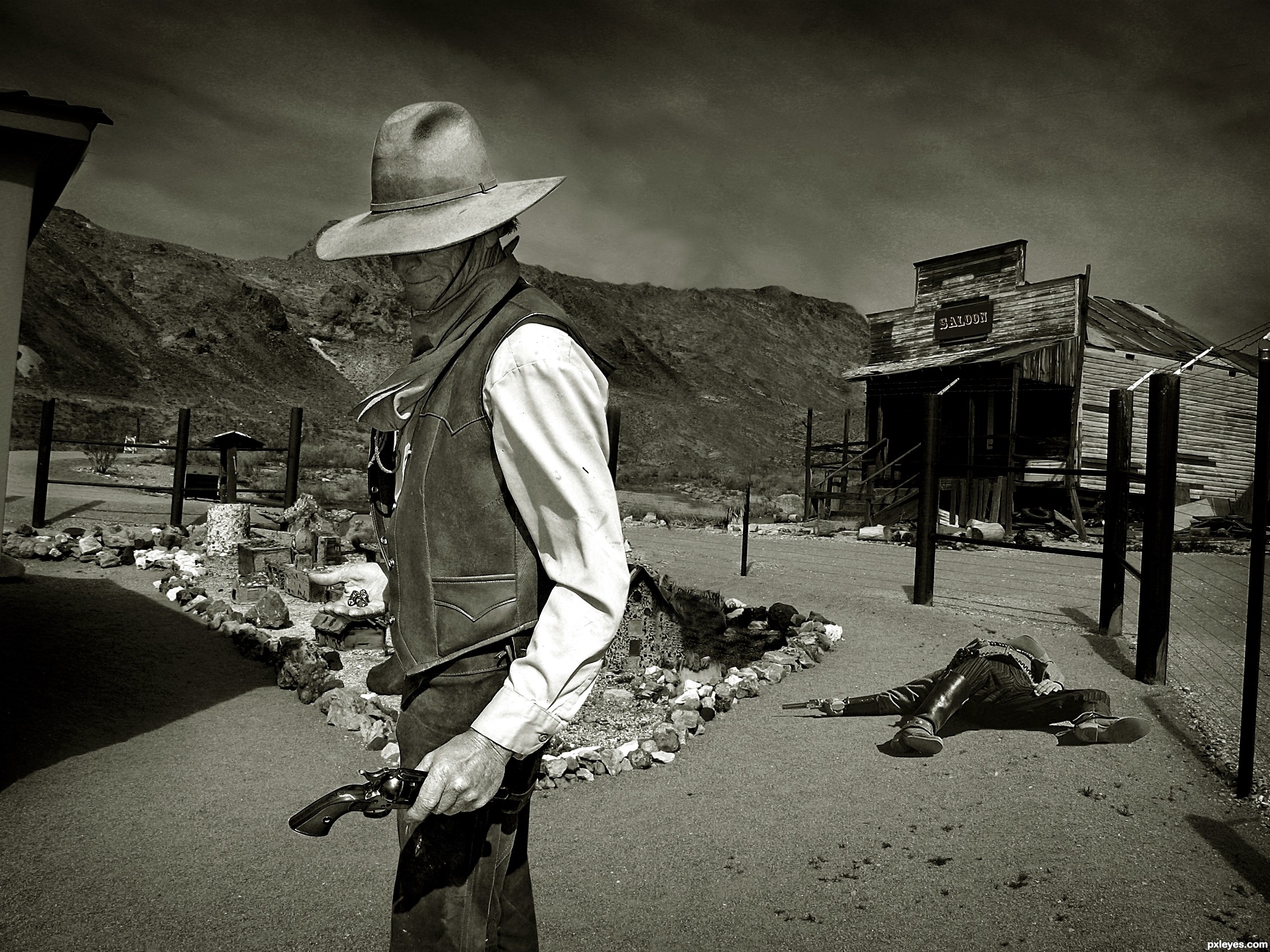 I think this is why I like Lawrence Kasdan’s Silverado so much: it combines all of the mythic elements of the Western along with an excellent cast and a subtle script (for a Western). I distinctly remember when Kevin Kline’s character Paden has finally had enough, and he straps on his six-shooter to confront the corrupt and murderous Sheriff Cobb, played by Brian Dennehy. It might not be high noon, but the town of Silverado sits by itself on a dusty plain, and Cobb awaits Paden with the heaviness of fate. The moment is tense, as it always is during a final confrontation, but Paden’s resolve can no longer be influenced by be Cobb’s smooth talk. Both men stand their ground in the street, only the dust and tumbleweeds dare move, until two shots ring out in quick succession, and Cobb crumbles to the ground under Paden’s precise shot. The evil has been purged from Silverado, and now its simple folks can begin to build their dreams under the protection of Paden, the new sheriff.

Another aspect of our hero Paden is that he only reluctantly picks up a gun. He used to run with Cobb and his boys, but was left behind, a victim of his own moral choice. Paden served time, and decided to walk the straight and narrow. He is found at the beginning of the film by Emmett, Scott Glenn’s character, who is the main protagonist of the film. When Emmett finds Paden, the latter has been left with literally nothing, a victim of a robbery who has been left to die in the desert. Paden is soft-spoken, mysterious, and sympathetic. He is soon swept up again by Cobb, but ultimately makes the decision to stand by his convictions and not be swayed by Cobb’s empty promises. He must finally act decisively, if he is able to bring peace to himself and those he cares about. Violence, in Silverado, is an unfortunate final recourse for our heroes.

Perhaps Kasdan’s 1985 Western is America grown up—an America where the brutal Western no longer has a place in a more mature cultural consciousness? The Western as a genre is not much seen after the mid-eighties, except with a couple of notable exceptions: Young Guns (1988 and 1990) two-film franchise and Clint Eastwood’s Unforgiven (1992). There are undoubtedly more. However, these films have the same message: that while we might long for the familiar nostalgia of the old West, it is gone—something relegated to a raw and violent past. At the end of Young Guns II, Billy the Kid survives, but he is an old, dying man, left alone and forgotten in the lands where he was once a young and ruthless outlaw. Eastwood’s William “Billy” Munny has also seen better days, and after he is forced to take revenge, he, too, rides into obscurity. Both Billys are now too old and broken to need or want their guns.

This is the real point of this entry: gun fights. The topic of gun ownership makes this country stupid. Why have Westerns made a comeback when I thought they had peacefully and gracefully faded out over twenty years ago? I think it has something to do with an American paranoia about the evil that lurks in a vague band of bandits that could ride into town at any moment, shooting up the place, stealing the woman, and leaving the town a shambles. “We put every ounce of our money and dreams into this town, Mister, and these bandits have taken it all.” While we long for a mysterious stranger to rescue us from the faceless evil, no one steps forward out of the dust.

Perhaps it’s because we are our own villains today? We are so scared of the vague terror that we are trying to bring back the old west: if everyone has a gun in their holster, this fact alone will keep the peace. A peace under fear. Talk of the Nation had a show about handguns on Tuesday, and I really couldn’t believe what I was listening to. Some pro-gun dude was suggesting that if we allowed guns on university campuses, then incidents like Virginia Tech would be avoidable? I have heard this argument before, but it still astounds me.

Apparently in Georgia, you can get a permit—or maybe anyone can do it—to carry a handgun in a holster on your belt. I have seen this a few times, mostly by older, outspoken white dudes. Once was at a car dealership while I was waiting on my car, and the other time was in-line at Kroger. Both of these guys were scruffy, displayed the obvious accoutrements of the mythic cowboy, and didn’t mind being offensive. What was I going to do? Say something to upset them?

And this is just my point: how can we have a frank and critical discussion of ideas in a room full of guns? Especially today, when most Americans seem to be on-edge and unwilling to thoughtfully consider the validity of their convictions.

Is our final recourse like that of Paden? Will we all be forced to pick up our guns?