Most frequently, speculative fiction (abbreviated as “sf,” and sometimes SF, spec-fic, or SpecFic) is used as a synonym for science fiction.[a] Since its genesis as an adventure narrative, science fiction has always speculated about what’s beyond — from across the sea, to across space and time — based on contemporaneous world views and technologies. Historically situated, like other incarnations of science fiction, “speculative fiction” was coined in 1948 by Robert Heinlein and seems to represent the concerns of the increasingly fragmented world of high-technology evident after World War II. Sf often poses a what-if question that challenges assumptions of empirical experience or reality. Speculative fiction includes all of the characteristics of science fiction, but often has a broader scope, including alternate histories, magical realism, contemporary fantasy, slipstream, and the like. Part of its more inclusive purview, speculative fiction also breaks with the traditional concerns of a white, male-dominated readership and authorship to include marginalized voices and concerns like those of differing class, race, gender, and sexuality. 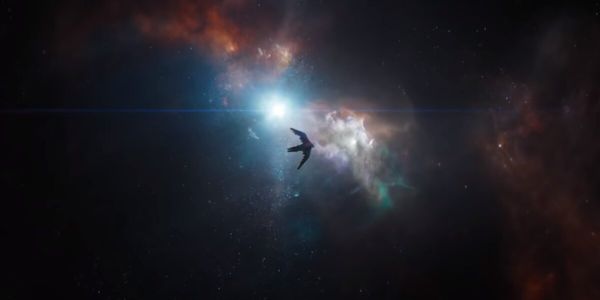 Speculative fiction grows out of the centuries-long tradition of the “fantastic voyage” in the tradition of Gilgamesh, Homer’s Odyssey, and other mythological travelogues like those of Heracles and Jason and the Argonauts. However, sf has been equally influenced by the utopian tradition in literature dating back to Athen’s Golden Age and Plato’s Republic (4th century B.C.E.). These two traditions were often fused, with the former acting as a framing device for the latter, in works like Thomas Moore’s Utopia (1516) and Jonathan Swift’s Gulliver’s Travels (1726).[1] This coupling suggests a concern with the progress and extension of human knowledge and its relationship to the benefit or detriment of humanity, producing narratives of monumental travel, like going to the moon or the center of the earth, based on our increasing technological sophistication.[2] Out of the Industrial Revolution came a greater reliance on science and technology in human affairs. This shift had its impact in early speculative fiction with a refocusing of the supernatural elements of the fantastic voyage into a concentration on the products of science and technology, like Mary Shelley’s Frankenstein (1818) and several of the works of Edgar Allan Poe.[3] These early tales were often accompanied by the trappings of the Gothic tradition, reflecting the sinister and darker aspects of man's psyche made manifest by his often monomaniacal scientific striving.

Most famously taking up the romantic tradition was Jules Verne who disregarded the sinister in favor of visions of careful extrapolation of contemporary science into imaginary tales of voyages extraordinaires that put locomotion at their center.[4][5] Verne's extravagant tales, like Journey to the Center of the Earth (1863) and 20,000 Leagues Under the Sea (1870) became well known beyond France, particularly in America where writers began to out-Verne Verne by constructing a myth of a fantastical future achieved through technological sophistication.[6][7] In England, a blur of periodicals began publishing Verne-like romances, but H. G. Wells began to write tales about the future evolution of humanity which became scientific romances. In stories like The Time Machine (1895), The Island of Dr. Moreau (1896), The Invisible Man (1897), and The War of the Worlds (1898), Wells used rational inquiry to explore space and time and eschewed the outmoded narrative elements of the fantastic voyage. Wells’ approach extrapolated futures based on contemporary science, like the time machine, to produce stories that seriously speculated about the possible implications — often moral — of these technologies.[8]

The early twentieth century saw an explosion of American speculative fiction. This burgeoning popularity was directly linked with the advent of the pulp magazines that serialized melodramatic extraterrestrial adventures, like Edgar Rice Burroughs’ Mars series, as well as reprinting Wells' stories and more serious fabulations from Jack London and Upton Sinclair.[9] Writers like Burroughs were influenced by Wells, but employed pseudo-scientific devices to explore the dream-like realms that populated their exotica. Hugo Gernsback founded Amazing Stories in 1926, beginning the first magazine dedicated to "scientifiction": "the Jules Verne, H. G. Wells and Edgar Allan Poe type of story — a charming romance intermingles with scientific fact and prophetic vision."[10][11] Other pulps, like Weird Tales, began to publish writers like H. P. Lovecraft, an acolyte of Poe’s who wrote tales of “cosmic horror,” and Robert E. Howard who is credited with inventing “sword-and-sorcery” fiction; both of these traditions have left their mark of sf and influenced further variations on the genre like C. L. Moore’s “science fantasy.”[12]

Gernsback published stories that combined the technological focus of Verne and Wells with that of the romantic melodramas of Burroughs to sell it to pulp audiences — mostly adolescent boys who craved adventure, mystery, and romance.[13] He saw sf primarily as a teaching tool — a way to promote the future as a utopian world built on science and technology — rather than just an escapist genre.[14][15] Among his visions of the future, Gernsback advocated atomic energy, television, and radio as technologies that would likely change the world for the best.[16] Gernsback’s approach developed a cult status and began the wide-spread popularity of science fiction in America.

Retrieved from "https://grlucas.net/index.php?title=Speculative_Fiction&oldid=17280"
Categories:
This page was last edited on 1 April 2022, at 07:32.
Privacy policy
About Gerald R. Lucas
Disclaimers