The End Is Nigh?

Last night, I watched the first episode of Discovery's new show The Colony. It's a new reality show that takes place in a simulated post-apocalyptic world caused by a global pandemic of super flu. Think The Real World meets Survivor (neither of which I watched). (I actually began thinking that this would have been a good venue for the new season of Jersey Shore. No such luck.) The Colony got me thinking about the end of the world, as I'm sure it's meant to do. 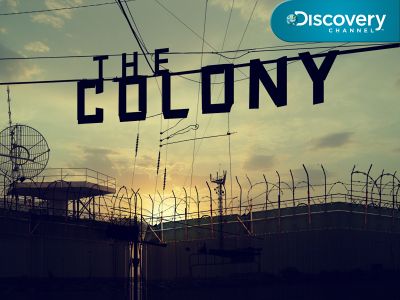 Is it me, or has anyone else noticed quite a lot of post-apocalyptic cultural expressions in the last decade? While the nineties were about vampires—and you could argue pretty effectively that this fetish hasn't waned too much—the aughts seem to be the years of the zombie. I know, the zombie film has been around for a while, but with 28 Days Later in 2002 (the zombie flick changed after 9/11), we saw a new breed of zombie that was . . . well, more infectious and frenetic. Indeed, there are zombie classics like Night of the Living Dead and Day of the Dead, but these are about as scary now as those old vampire films. Vampires have become about posthumanity now: they're romanticized superhumans—the new rockstars to a youth that longs to escape the mundanity and transience of everyday life. The zombie is the expression of apocalyptic anxieties—a likely outcome of hypertechnology gone awry—something we get closer to everyday.

Perhaps the zombie has become the fulcrum for the rise of the posthuman hero. If zombies are the outcome of too much technology, then those that combat them are the new heroes of a post-technological era. The old zombie movies, like Night, took place in the horror of the suburbs, while later films are alway urban; their habitat is the remains of decaying cities, themselves a testament to the ultimate failure of human technological ingenuity. Yet, the new hero rises from the ashes of a crumbled civilization to rid a new community of the zombie—the remnants of reason, technology, and science that only delivered more suffering and ultimately a new dark age. Have you noticed that few zombie films ever offer a hopeful ending? Are there any? 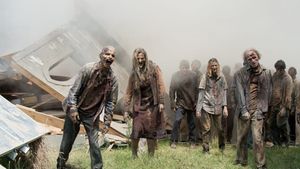 The zombie seems to be a metaphor for the computer, or beings programmed—stuck in a loop that makes them inhuman and monomaniacal. I think The Terminator is just another zombie film. Like zombies, it is undead and relentless, threatening all humans in its path. Yet, the terminator can be reprogrammed to be more human, à la T2 and beyond. Salvation in those films relies on resistance, yes, but mostly a resistance that comes from a more sophisticated, hacker-like creativity, rather than guns. Technology can save us, but we can never embrace it as if it's our equal.

Besides, zombies make good targets. They're frightening, but fun to shoot. What would the first-person shooter be without the zombie?

There are also films and novels, like The Road, that have the zombie vibe, but with a greater verisimilitude. I think this is closer to the atmosphere of The Colony. At the collapse of civilization, does our humanity collapse as well? Perhaps it's our lack of humanity that caused the collapse in the first place. We see signs of this all around us, no? It didn't begin with 9/11, but that act of nihilism is very zombie-like. Monomaniacal followers of any idea—bloodthirsty corporations, religious zealots, mad scientists, habitual consumers—can bring the whole system down. Are these films, shows, and novels just showing us what we already are? Have we lost our humanity already? Is it too late?

In The Road, the collapse of civilization is not explained, though it seems catastrophic and complete. The images in both the novel and film suggest a human-made apocalypse, but we're never sure. McCarthy is not really interested in how we got here, but what's ahead on the road we're all traveling. It seems with our current attitudes that more oil spills, heavy weather, civil unrest, and other calamities are inevitable. At the end of civilization lies death for the lucky ones and a brutish, tortured existence for those left alive.

Maybe the worst part of surviving is the remembrance of our lost humanity.

In the first episode of The Colony, there are two incidents of violence. When they encounter three wandering strangers, the colonists want to be civilized, and they offer the strangers a modicum of hospitality even while urging them on their way. When the three strangers are reluctant to leave, showing an aggressive curiosity, the colonists easily resort to violence and force them out. I can't help but think of Homer's epics, especially the Odyssey, and its emphasis on xenia, or hospitality. In that age of pre-civilization, humanity could never have survived or grown without the goodwill of others. Those who are bad hosts pay for their transgression with their lives. This threat is the beginning of morality.

I guess this is what's so troubling to me. Under the thin veneer of morality lies the beast. However, this is all that "humanity" seems to be: a gilt set of codes that will never withstand extremes. Perhaps this is why all those religious and survivalist nutjobs collect guns? Maybe those who pretend to be most moral are the ones that understand that morality is a sham. We see this all the time, too, don't we?

Never in my life has the threat of the end seemed so likely to me. Even during the cold war, things seemed pretty good: reason and technology could keep us civilized and in-control. Now it seems that we are crazy zombies, disregarding the facts before us (what global warming? what energy crisis?), consumed with our search for that one thing that we think will satisfy, but that will always allude us: brains.

Maybe I should start my gun collection?