This weekend’s reading was a selection of classic science fiction texts, and the first in the convergence section of my current course. They include Borges’ “The Garden of the Forking Paths” (1941), Clarke’s “The Nine Billion Names of God” (1953) and “The Star” (1955), and Gibson’s “The Gernsback Continuum” (1981). A common theme throughout these four stories is that one person’s dream is another's terror. These stories ask us to consider the stories, ideas, and beliefs that make up our realities and what effect they have on us and those around us. Do we share any common dreams, or does one person's dream constitute another's nightmare? 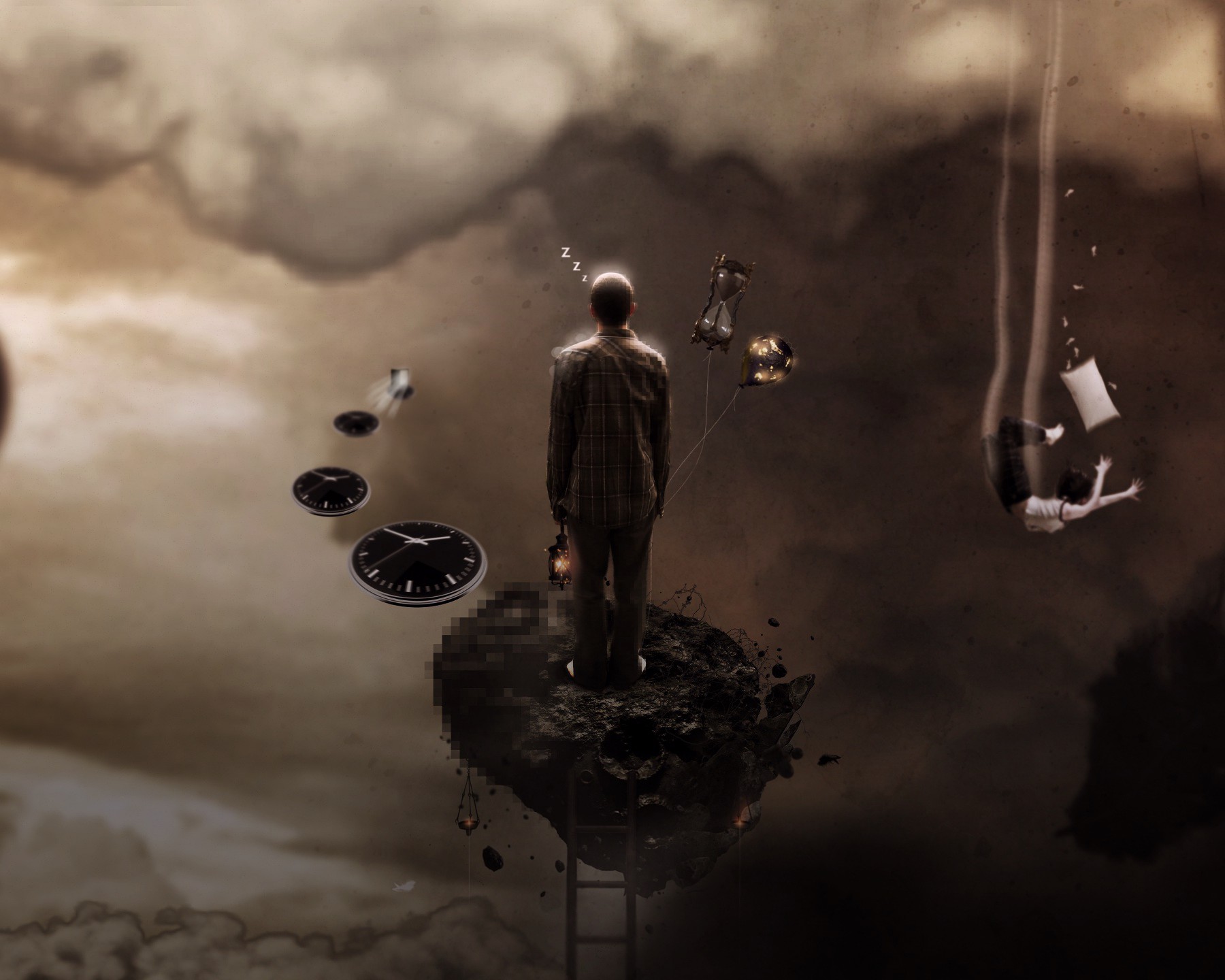 Jorge Luis Borges’ narrator is a Chinaman with a lack of self-esteem. Dr. Yu Tsun is from a once-great Chinese family that has fallen into obscurity and shame because of the mad ramblings of his ancestor Ts'ui Pên. The narrator's main source of motivation is to prove that his actions matter - that he can do great things. He is a spy for the German Reich during World War I, and his dream is to overcome his own obscurity in the eyes of his German masters. His obsession takes the literal form of an English captain: the appropriately named Richard Madden. Madden pursues Yu Tsun like a madness, perhaps forcing the narrator’s decisions throughout the story. The story ends with an ultimate irony: Yu Tsun must kill the man who has decoded his ancestor's novel. He makes the choice to fulfill his mission and allegiance to the Germans rather than to restore his family's name and honor the man who did it. Here, the political vision of a government at war supersedes an individual’s own artistic sensibilities and his family honor. Dr. Yu Tsun remains pathetically insignificant, a pawn of others' dreams.

One of the aspects of Arthur C. Clarke's thinking is that he always includes a world beyond the real. That is, while he is a man of science and reason, he does not limit his vision to only what can be seen and measured. There is always a sense of something beyond the surface in Clarke’s work, and often it's technology and scientific progress that reveals it. Science itself is not the answer for Clarke, but it can - often inadvertently - lead us to the beyond. This is true for both “Names” and “The Star.” Both juxtapose religious belief with science and technology. Both stories have Twilight-Zone endings - neither of which I’ll ruin here - but Clarke links scientific reality with religious truth in interesting and surprising ways. In "Names," the computer becomes key in decoding religious belief. Rather than being the enemy of religion, here science provides the mechanism for making religious belief real: the computer joins these two seemingly disparate ideas. In “The Star,” a Jesuit scientist’s faith is shaken by a literal journey to another star. Can a religion created on Earth survive the vastness of space? Can our minds remain small while our bodies travel into infinity?

I’ve written about William Gibson’s vision in “The Gernsback Continuum” before. This story deals with the collective dreams of the past manifesting a new reality in the present through the perceptions of the narrator. Gibson’s story posits many questions. When do dreams become tyrannical, draconian, and nightmarish? How much reinforcement does an idea take before it begins changing reality? Or, do our dreams spare us from the multiplicity of too much reality and choice? How much room is there for choice in this world? Borges seems to be interested in the same question. Whenever we make a choice, we create reality by closing off possibilities. However, quantum mechanics suggests that in another reality, we make the other choice, thereby splitting the possible from the real and ultimately creating a livable reality. What if we were able to break through to the possible, and it was able to travel through the rupture into our real?

Isn’t this what fiction’s about? We want our reality to be safe and predictable, so we tend to make the choices that we hope will lead to that outcome. Fiction provides us with the playground for examining the possible, the absurd, the terrifying. In contrast, fiction allows us to wander through the labyrinth, choose various paths, and come safely back. Right?

Well, one might also argue that a journey through fiction’s garden leaves our reality altered. Ideas can be dangerous, literally changing our views of the world around us. Are there ideas so powerful that they can irrevocably disrupt our world? We see this all the time, no? What happens when truth becomes Truth? How far are will we go to convince people of the Dream, meanwhile smashing their dreams?

Too many choices can be as frightening as too few. In a universe of possibilities, perhaps it's a necessity that we limit ourselves to “a single wavelength of probability,” as Gibson’s narrator suggests. Maybe our brains can’t handle reality that’s too diverse, too rich? Maybe it’s a limit of our brains to think in binaries, blacks and whites, rights and wrongs? Or maybe bowing to simple perceptions of the universe will only enslave us to others’ Truth and keep us from progressing? Is there a middle ground?