Negroponte and Being Digital

Teaching my senior seminar in New Media allows me to revisit books that have left an impression on me professionally and as a cyber-citizen. Nicholas Negroponte’s 1996 book Being Digital is one of those texts. Reading it this time, I was struck by a particular passage that could be applied to a definition of “new media”: 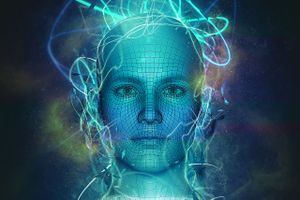 Being Digital addresses an inexorable movement toward the digital, made possible by the computer. New media is concerned with the cultural implications of that movement—at least how it concerns us in the Humanities. It’s not about dismissing the old, but the legacy of the old and its continuing influence on the new. It’s about interaction, politics, access, economics, and ubiquity.

I think that if anyone were to ask me what the study of new media is, I could get away with quoting Negroponte above. I have been thinking for a while now about a definition of “new media,” and I’m leaning more toward media-studies understanding of it: one that is local and political, contingent on whose interests it's serving. For example, “new media” in a Humanities department is much different than “new media” in medicine. Yes, there is some overlap (as digital technologies affect all areas of contemporary life), but how we understand it is a matter of politics.

Professionally, I guess my interest in “new media” has been in its influence on art primarily, and its affect on pedagogy secondarily. Perhaps the former is my theoretical interest, while the latter keeps me practically occupied.

Just thinking out loud here. As a tangential concern, I have been thinking about a section from a CTheory interview with Bruce Sterling about the Dead Media Project:

There must be a device involved. Interesting, but perhaps a good way to hone one's understanding of media studies. This takes me back to a question I have been pondering for a long time: is the computer a medium? Some would say no.