Sarasota is one of our favorite vacation spots—specifically Lido Beach. For me, I’m sure it’s a bit of childhood nostalgia, but Sarasota has grown up while maintaining a smallish feel. It has the offerings of a larger city, but doesn’t feel overwhelming. Plus, there’s plenty to do that doesn’t cost a ton of money, like lounging the beach, strolling the grounds at Ringling, and taking in the street market downtown. We managed to do all of this and more. 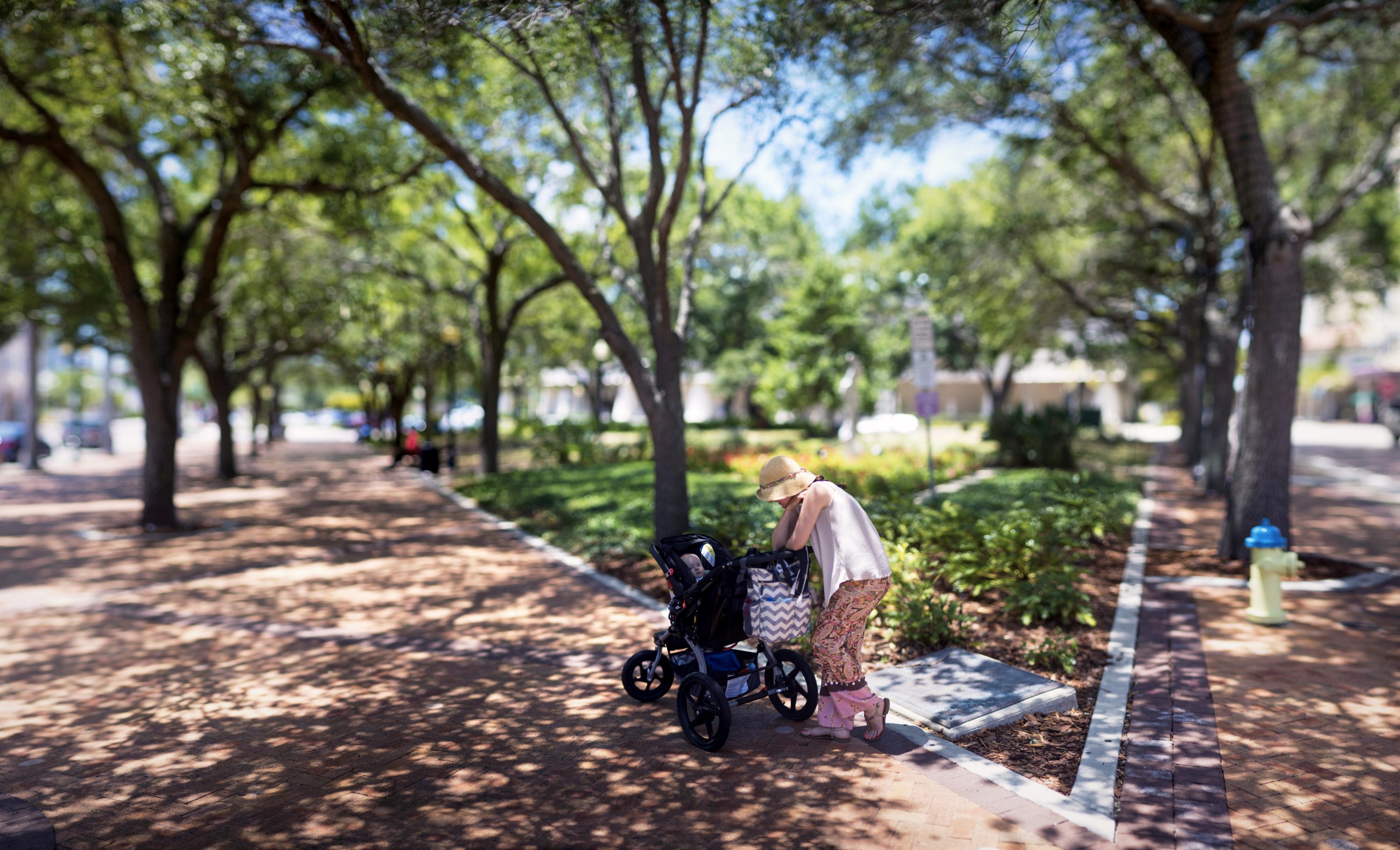 Autumn found us a great little house just west of St. Armand’s—right between the circle and Lido Beach. We were determined to walk as much as possible, and this location was perfect for helping us realize that goal. After a day’s drive, we were ready to walk. Our first destination was likely a pretty obvious one.

The Columbia and the Circle

Two words: 1905 Salad. So simple; so good. To me, that seems to be the way of good salads and pizzas. The simpler they are, the better. The more junk you pile on, the less satisfying the whole experience. The 1905 salad, with a good Mojito and a crusty piece of buttery Cuban bread, is pretty perfect. We also had a grilled calamari tapas that was great, but it really was a side dish to our salad.

After our Columbia fix, we walked the circle a bit. I’ve been wanting to really test my Sony A7S and Canon 85/1.2 combo, so I have been looking forward to the trip for a while. I really wanted to test the low-light capabilities of the camera, and after dinner on this first night provided a couple of good opportunities. 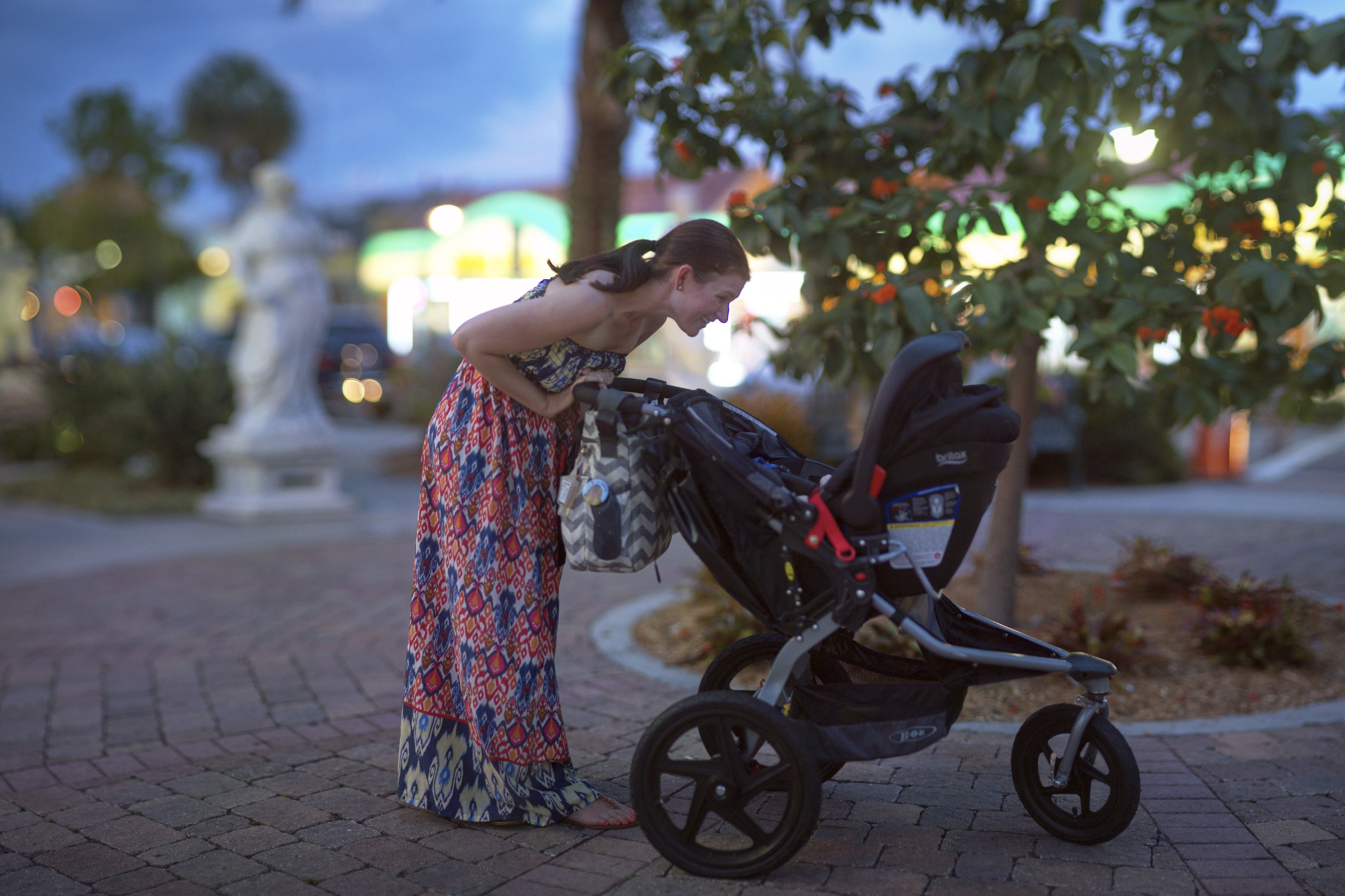 The circle never really changes. The stalwarts were all there: the Columbia, Coconut’s, Kilwin’s (all of which we’d hit on our trip). There were some new places—I’ll always miss Kingsley’s and Joffrey’s—but the feeling of the circle was the same: upscale and touristy.

Off Day & the Beach

The next day, we just took it easy and enjoyed our rental. I took a run that morning and grabbed the camera to shoot some things I had seen the night before but not had the chance to capture.

That afternoon, Autumn spotted a classic Stingray parked just outside our rental. I was hoping that I’d see some cool cars to photograph—Sarasota really is the place for it. I grabbed the camera to capture the ’Vette before it could speed away. 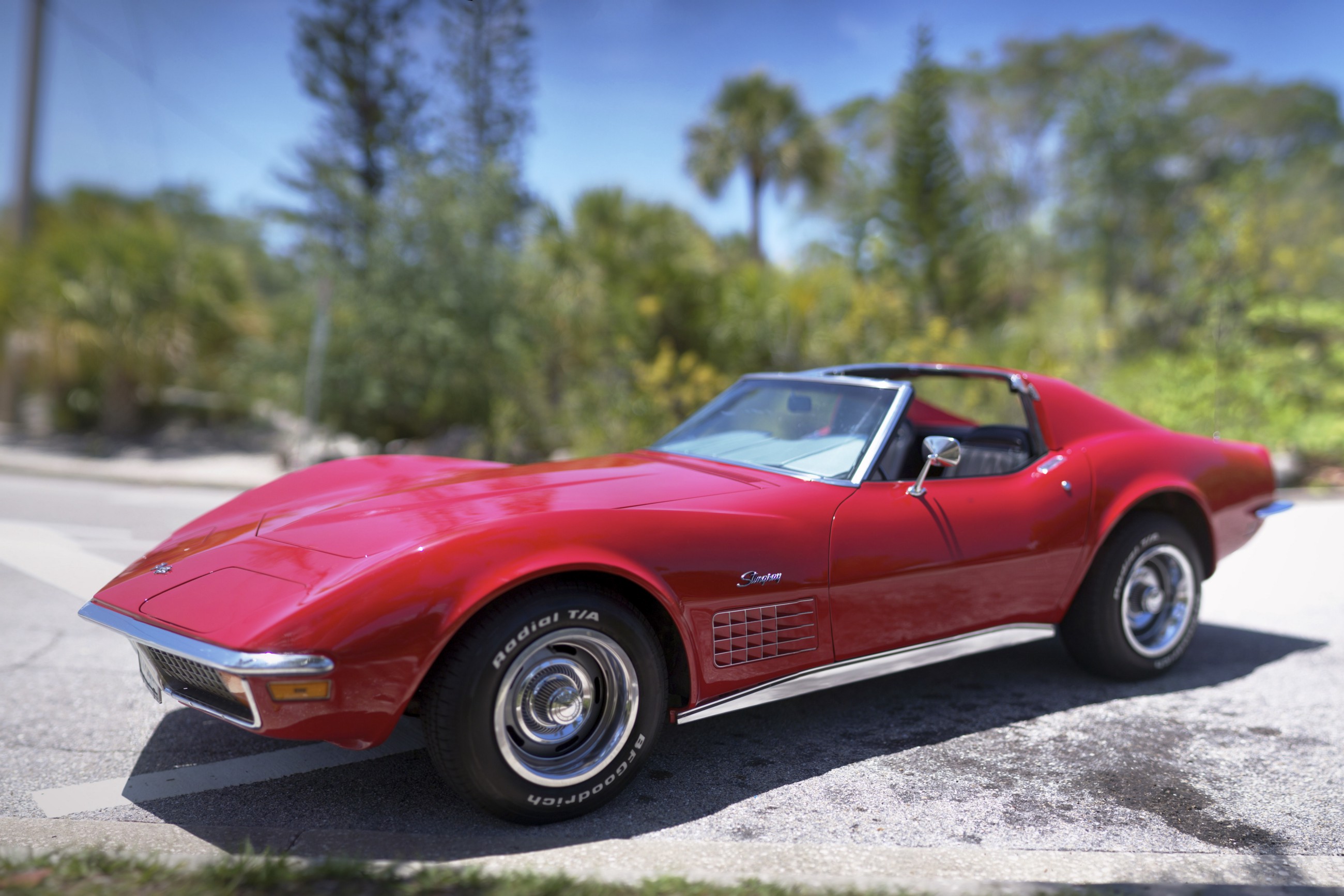 Since I had the camera in hand, I walked back to the circle for some shots. I think of the things I love about the circle is that it’s very European: it’s planned out like a park with statuary and brilliantly kept gardens. There’s something to discover throughout. The only thing I'd like to see are no cars. I know that won't happen in ’Murica.

Since we missed the sunset on our first night (Columbia took precedence), we headed to the beach that evening. This was Henry’s first beach sunset. I think he liked it, though he didn’t last through the entire event.

Day three was our anniversary. To celebrate, we took Henry for a stroll around the Ringling grounds. This was where I could really test the camera with some bokeh panoramas under the sprawling banyan trees. The first one is stunning. 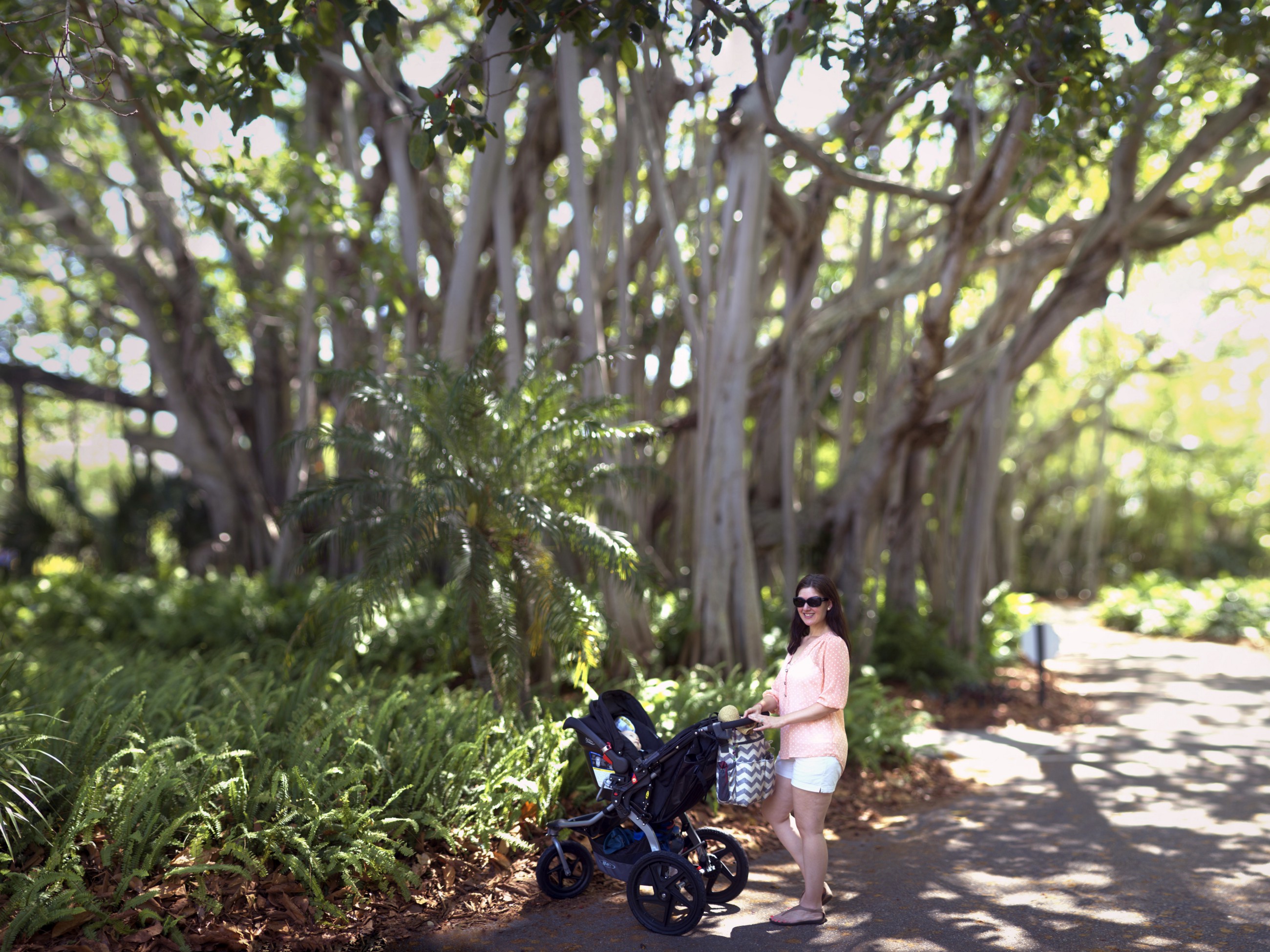 I think this is where I took the bulk of my photographs from the trip. I remember mentioning to Autumn that this is one place I could probably photograph for years, and always get something different. And we didn’t even make it to the statue garden in the museum.

We did hit the rose garden. I could have spent all day here.

What’s better than some good beers after a warm morning of walking? A dude at Whole Foods told us about Jdub’s, near downtown Sarasota, so we decided on a flight before lunch.

Jdub’s is in an industrial part of town - perhaps a place that's in transition. It took us a minute to find it, but I’m glad we were persistent. All the beer we tried was excellent, from the Lychee IPA (my favorite) to the Blueberry IPA (Autumn liked this one). We also had the Up Top! IPA and the Poolside Kolsch. All good. Even Henry wanted some. I just wish we had a growler to fill up.

That afternoon, we hit Coconut’s and headed back to the beach. The sunset was unremarkable, but Henry looked fashionable.

Our last day found us downtown for the street market. Before going, we took a drive down 41 and back through Siesta Key. Again, while things have changed, it was still familiar to me.

We parked near what used to be Main Street Books (now a restaurant), and headed east toward Lemon Avenue to the street market. We also hit A. Parker’s Books which I was glad to see was still there. I spent much time browsing the stacks during my undergrad years. They still had quite a selection, and we got a few good shots amongst the crowded shelves.

After browsing a bit, we sat down for a beer (milk for H) and a snack at Evie’s Tavern & Grill - a pretty cool space that looks like it would be a popular late-night hangout. Since it was cheatday, I wanted to have a burger. I think we should have stayed at Evie’s, but instead went to Patrick’s 1481. Patrick’s wasn’t terrible, but it felt like a tourist-trap and the food was mediocre. My Stella, however, was excellent. 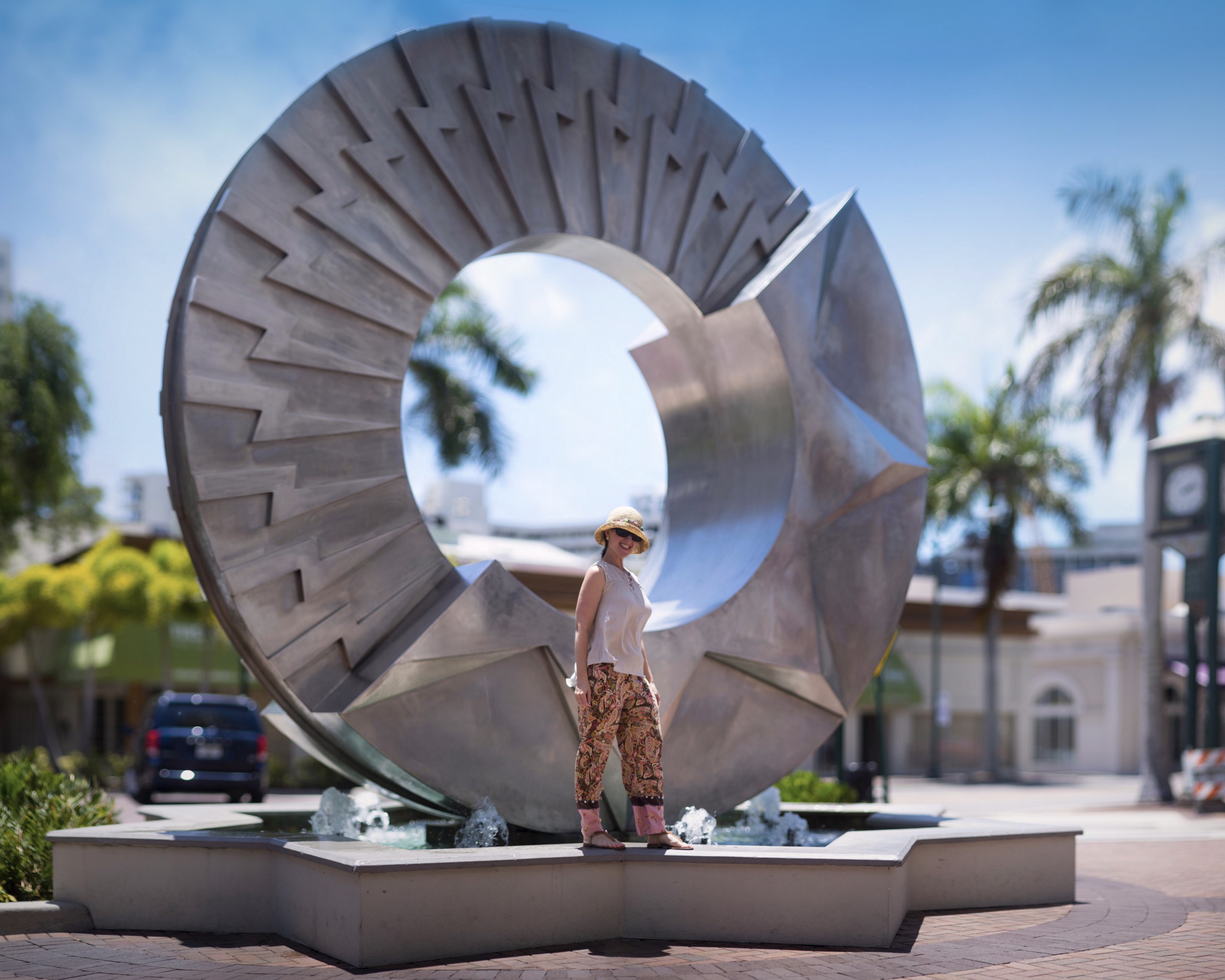 After lunch, Henry was getting tired, but we risked a short drive to Bayfront Park. It was a beautiful day, and before Henry got too impatient, we managed a short walk and a couple of photos.

That evening, we tried another touristy spot on City Island: the Old Salty Dog. They market themselves as a “British Pub,” but I don’t see it. Still, the breeze was cool blowing off the bay, the service was excellent, and Henry was well-rested from our earlier activities. We had a good dinner, and I got a few more pictures—even one of Henry’s drool blowing in the early-evening breeze.

Perhaps it’s redundant to write, but we had a wonderful trip. Henry is an intrepid traveler, and I am grateful for my loving family and my wife of ten-years. We talked of relocating to Sarasota eventually. Maybe it was the magic of the trip, or a serious consideration. Still, it’s a testament to our wonderful trip. 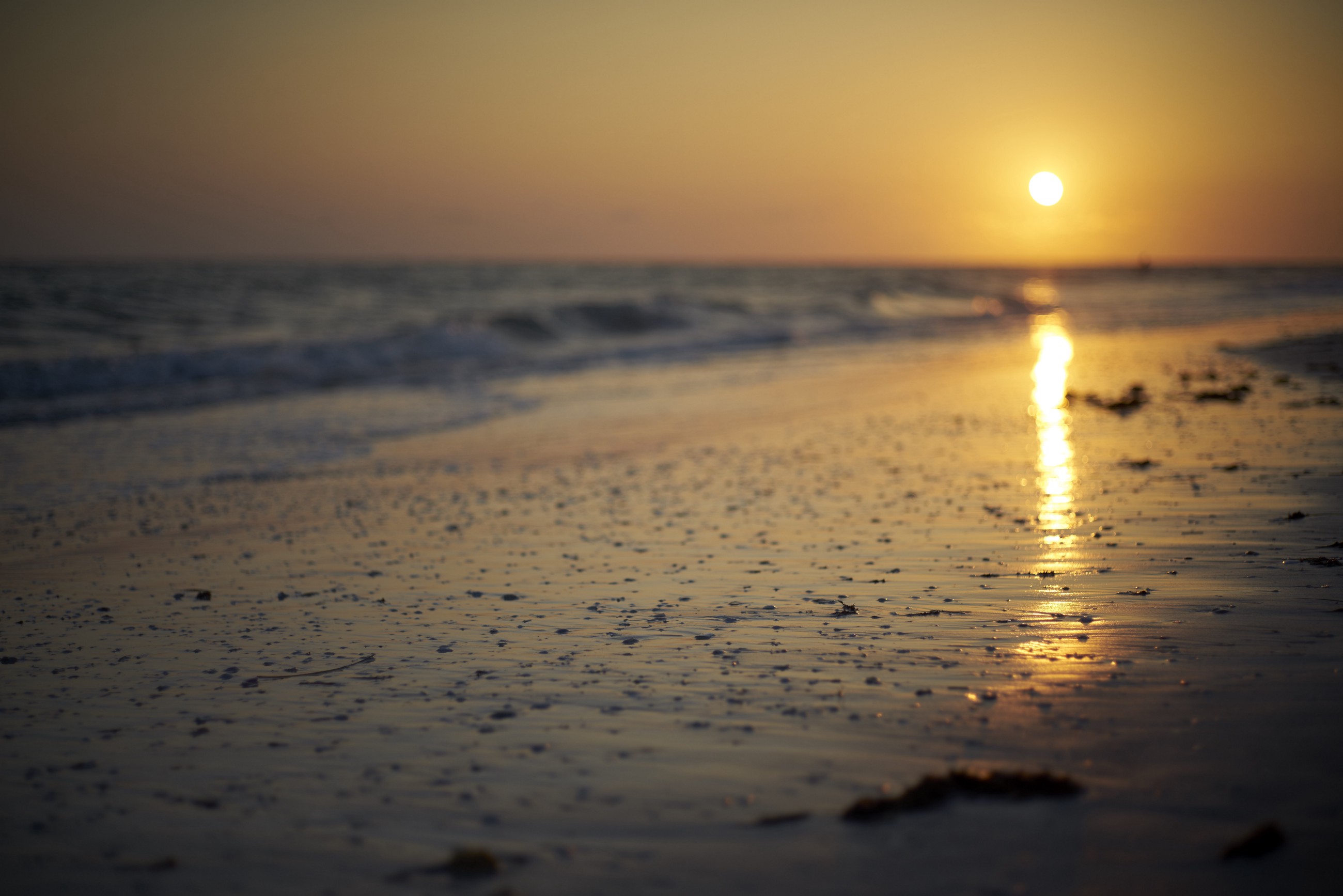