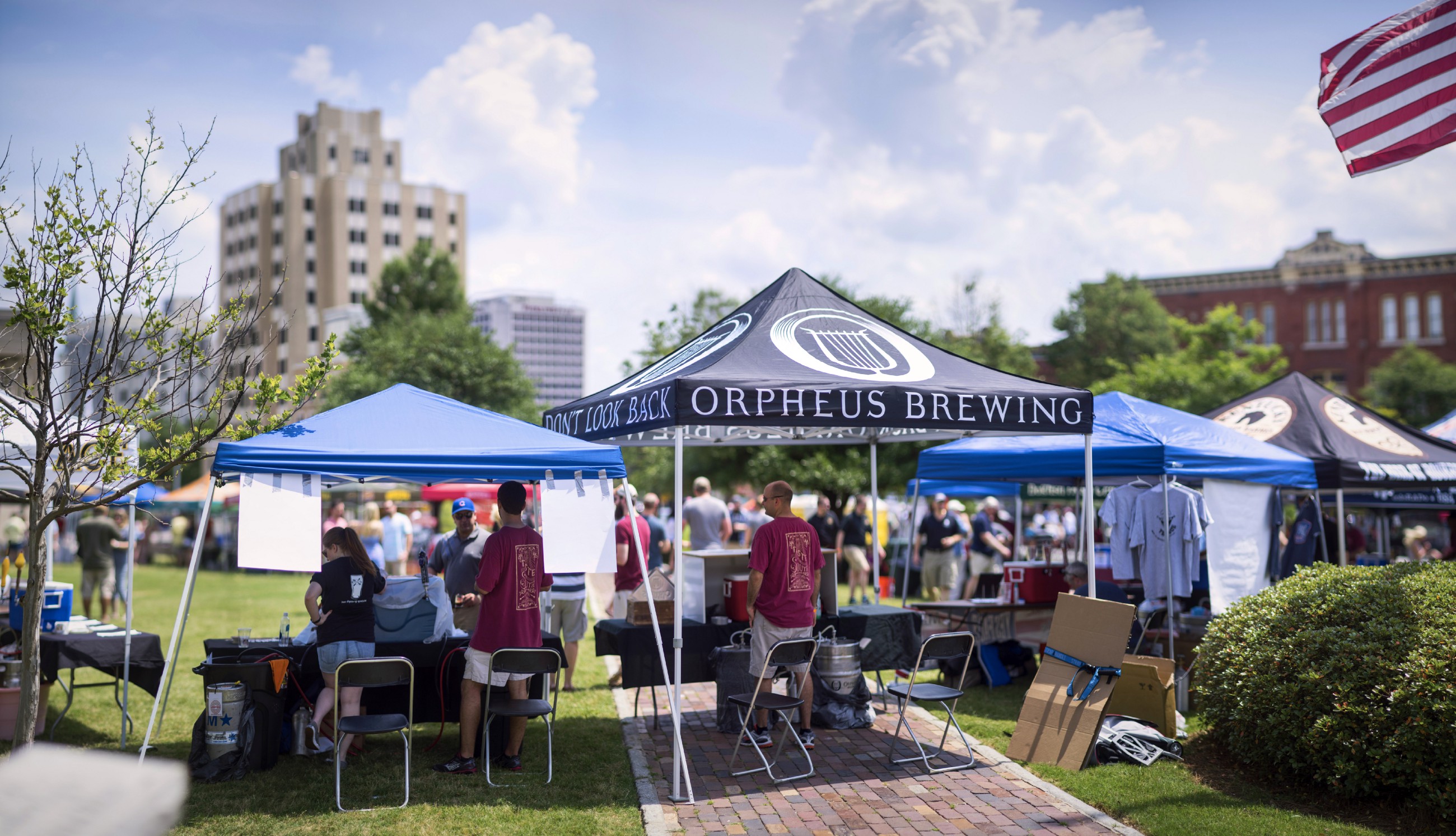 With Autumn in Milledgeville for the day, and Henry hanging out with his grandparents, I had a few hours to wander around with the camera. I wanted to practice the Brenizer Method some more, so I gave myself some shooting parameters:

I added the second rule because I notice that many of my bokeh panoramas tended to be trees for some reason. Here’s a shot from the corner of Cherry Street Lane and MLK:

It was a beautiful day for photography, and downtown Macon wasn’t too crowded. I began on the east side and strolled up Cherry Street. I knew the Beer Festival was going on near City Hall, so I figured I would avoid the crowds at first.

All images were taken with my favorite combo for this method: my Sony A7R and Canon FD 85/1.2 L. Since it was a bright day and for shots like these to be effective, I have to use the lens wide-open, the 85/1.2 was wearing a Hoya ND8 filter.

I finally made my way to the festival. I intended to stop at Just Tap’d to have a beer, but all the action was outside today. I walked around a bit, snagged a couple of photos, including the one that begins this post, and made my way back east. I noticed the Bearfoot Tavern was open, so I ducked in there for a drink and a look at their menu. The menu sounds great for some future cheatday—they even have tots! Here’s a shot of one side of their droughts. 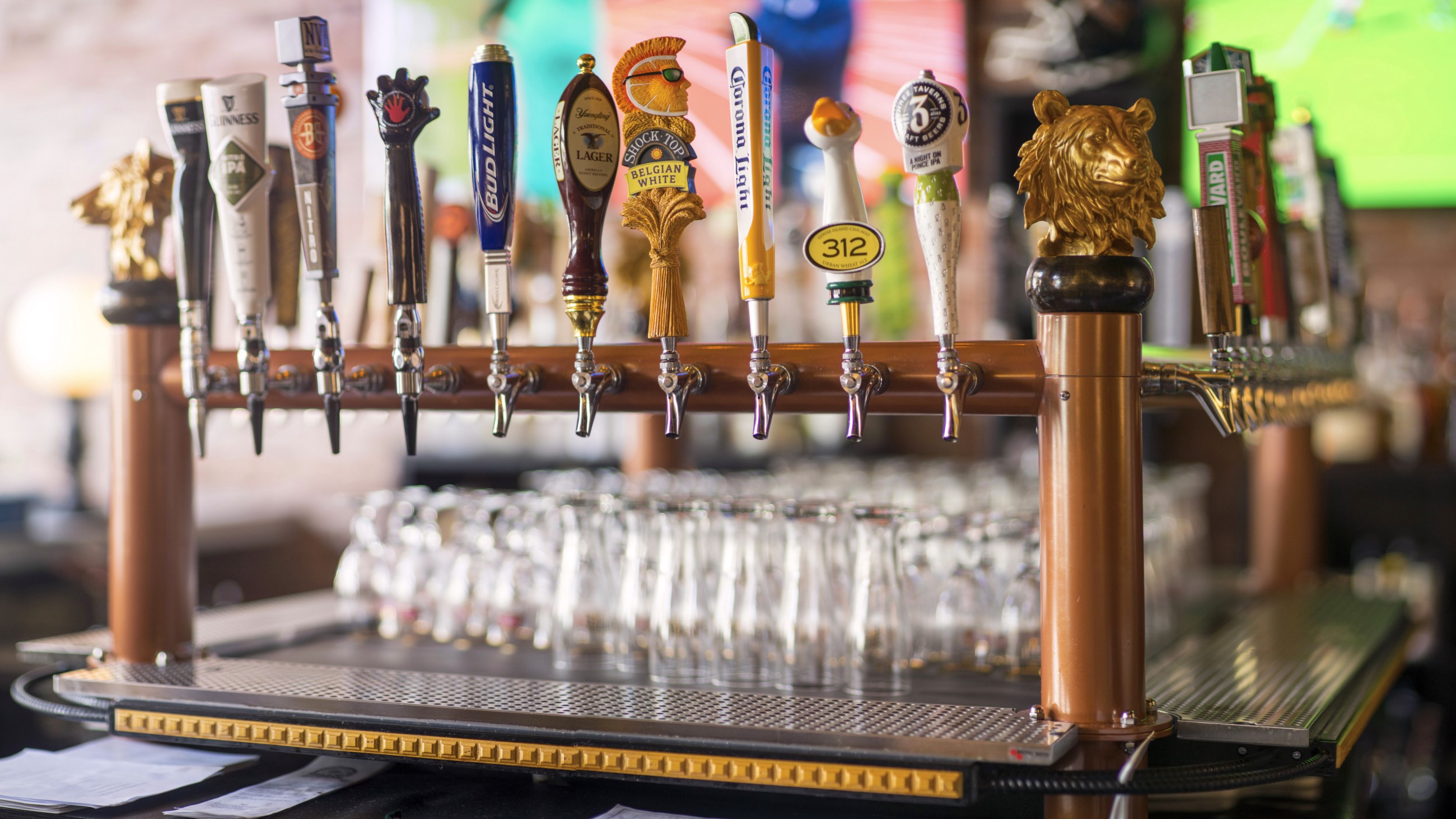 In all, a fun time, and I'm pretty pleased with the photos I managed to snap.

I would be remiss if I did not show a couple of photographs from the Anderson compound. Several years ago, I took photos of some of Spencer’s cars—my favorite was the ’59 Caddy. While those photos looked great, I thought they would look even better with this new technique that I’d been using. 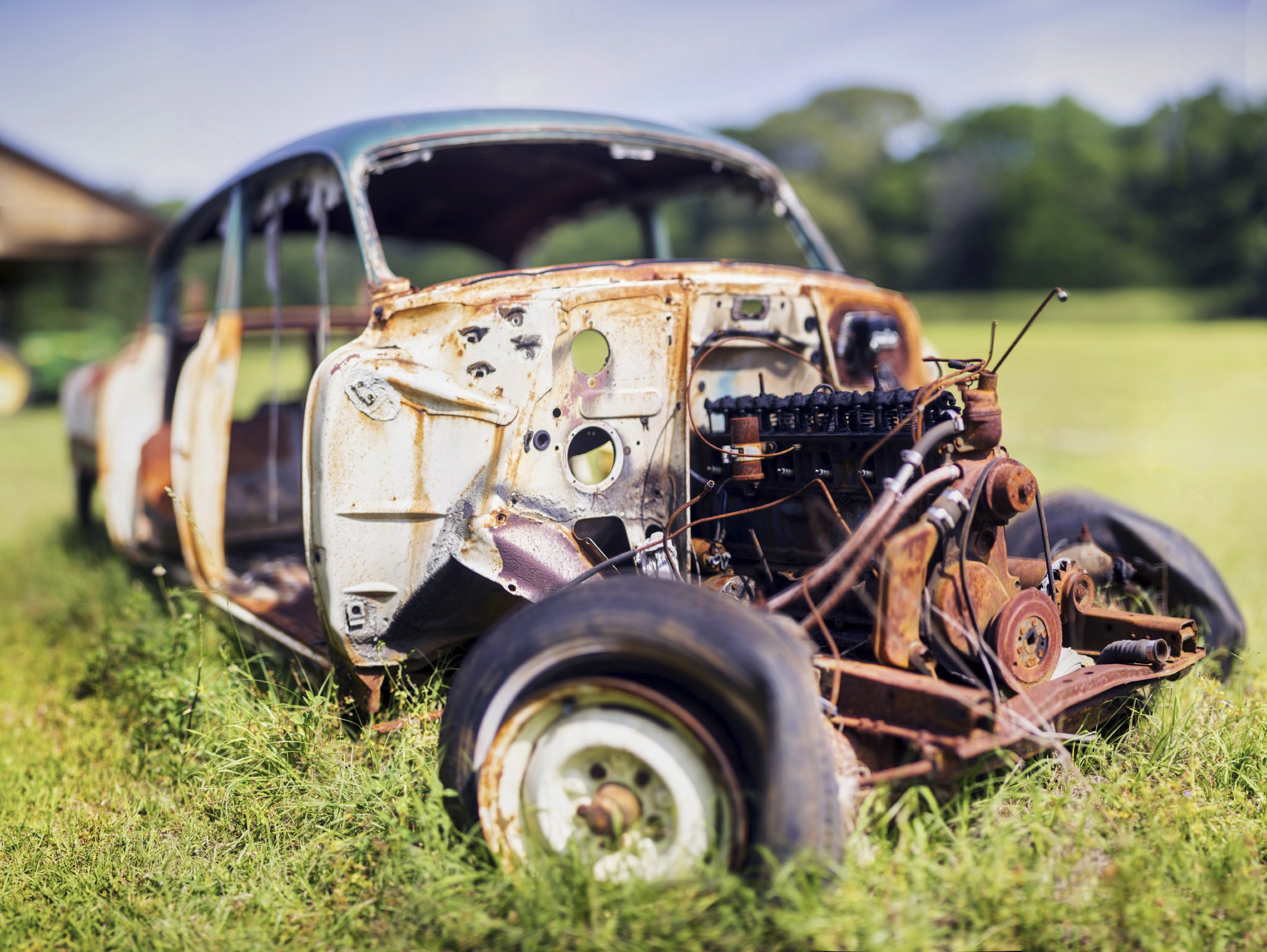 So, since I was dropping Henry off there anyway, I thought I’d grab a couple of shots. The nicer cars are in the garage, and I didn’t want to bother anyone to move them for me (I’ll go back later for those). I went out to the pasture to get some of the older cars. 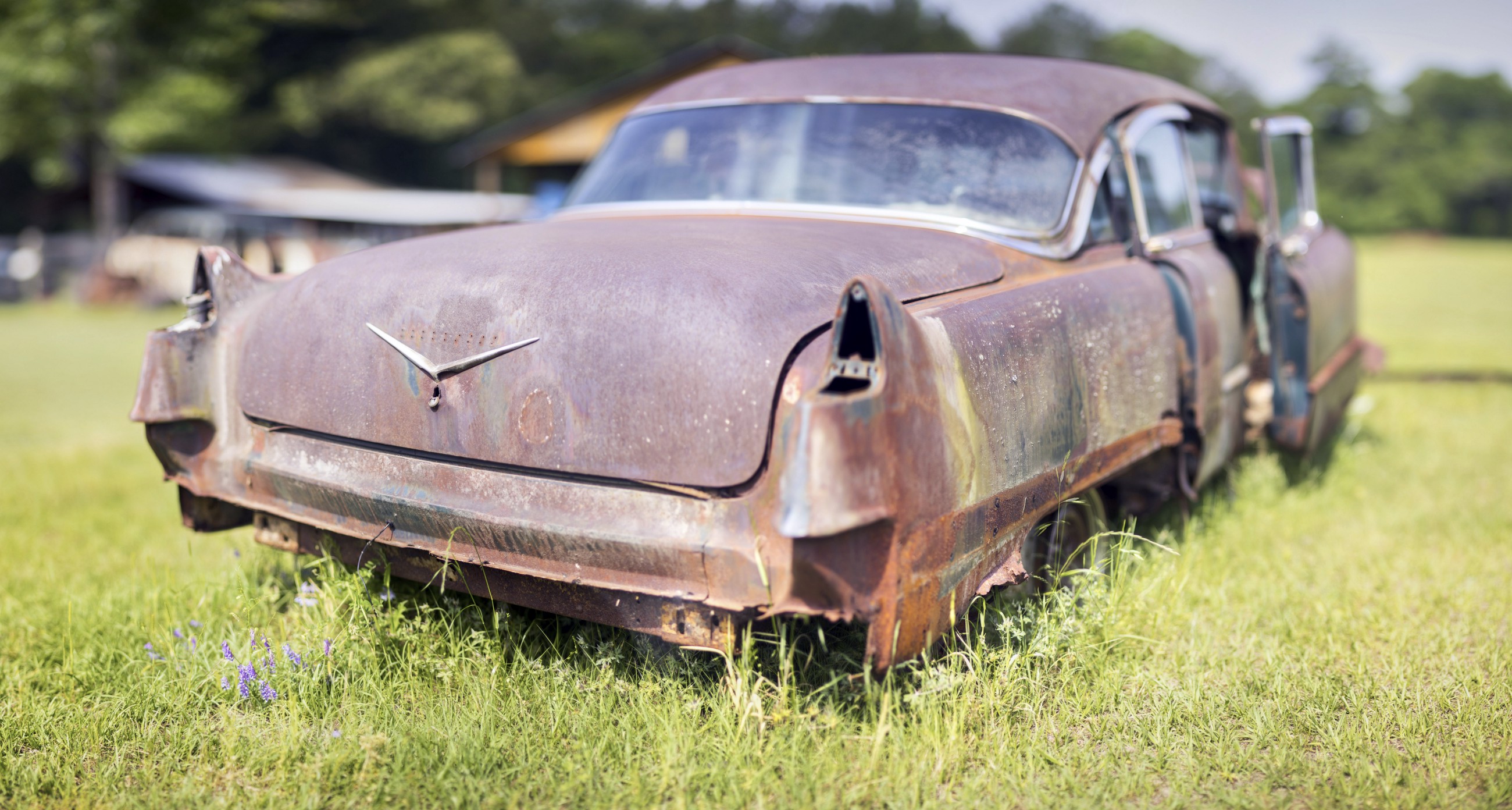 Then I saw my beloved Caddy sitting dusty and blue half-under a carport. She has looked better, but the image I got is still pretty fine. My, that is a nice booty. 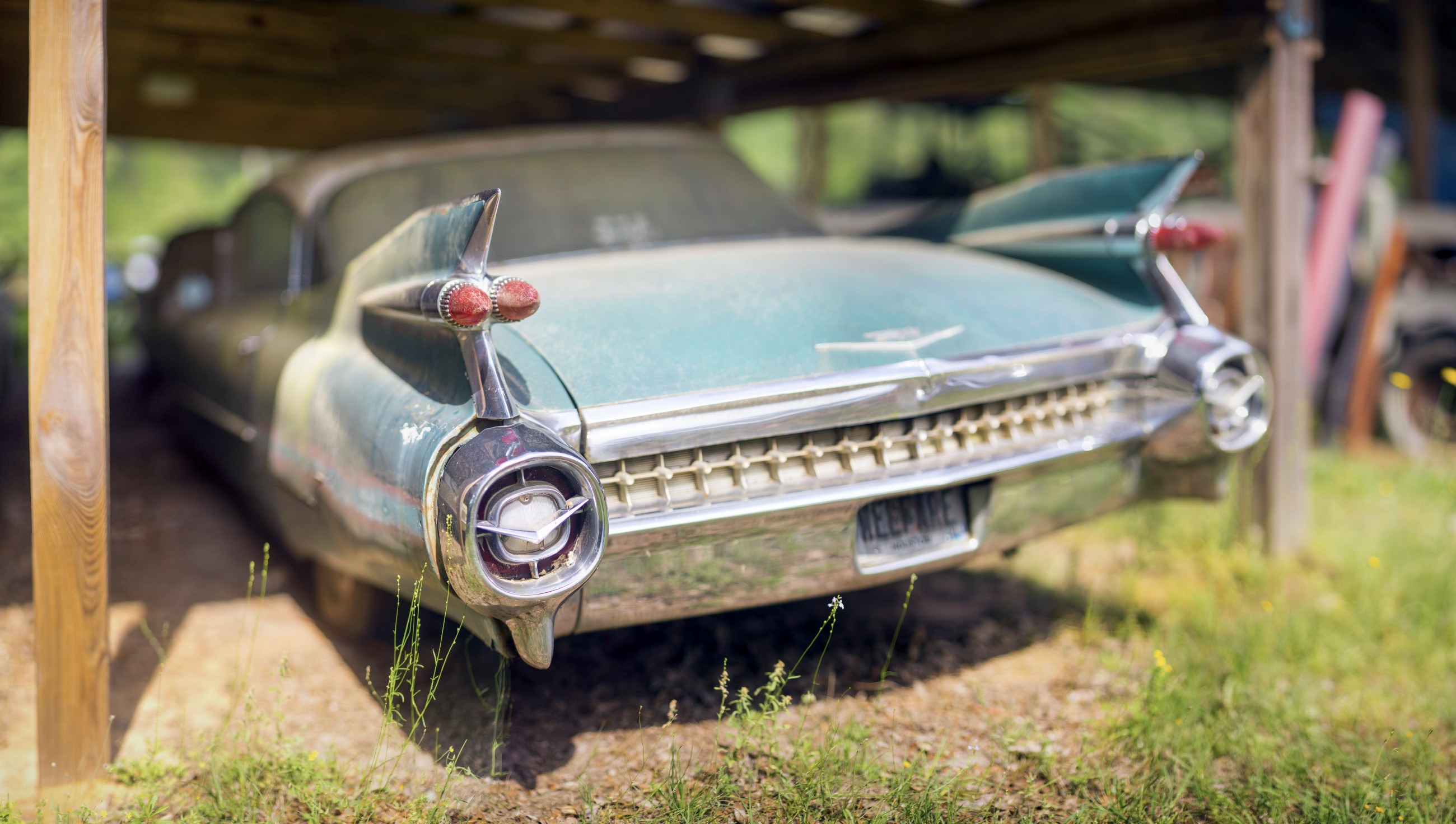