“Is it wrong that I'm more pissed off than sad?”

Giles and I sat by the dark pool in the heavy air of the Florida summer night. The gibbous moon wore a halo of mist and reflected off the glassy surface of the pool. The pool’s lights had just gone out, triggered by some automatic minion of Time indicating that the pool is now closed — that your swim will have to wait for tomorrow. We lounged on poolside plastic. Smoke from clove cigarettes hung in the air. “No, that seems about right,” Giles said, exhaling smoke.

“It’s like some absurd joke — like a story by Sartre where all the protagonist can do is laugh at the end.”

“Yeah.” I couldn’t tell if he understood or was just letting me know he was there. That he, too, felt the absurdity of it all.

We had just returned form the memorial — the “celebration of life.” People I didn’t know shared stories about a person I did. Among the low ceiling, wood paneling, and tables of snacks no one touched, we stood, one-by-one and walked to the microphone to share our memories of him — memories that were less about David and more about each of us — our loss, our emptiness, our shared misery.

I had a David-shaped hole in my gut and so far I could only fill it with anger and frustration. 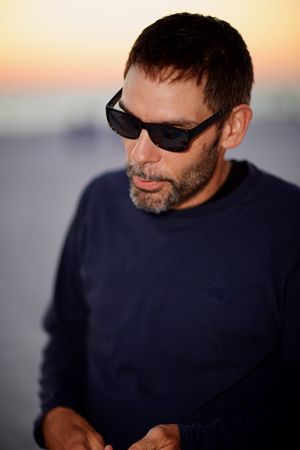 In the fall of 2000, I neared the end of my Ph.D. work at USF when, on a cool day in October, I was attacked in class by a student. Later, I found out through is lawyer that he had been “off his meds” and just came unhinged “at the most inopportune time.” Thinking back on the class, I remember his displeasure at having to take a reading quiz for which he was unprepared. I remember the girl next to him trying to calm him down as he became more irritated at every question he couldn't answer. I remember her trying to stop him from writing a nasty note to me on his quiz as the rest of the class turned in their papers. I remember him pulling his backpack after him as he headed for the door, following my suggestion that he take the day off.

I remember my unfortunate choice of words as I began my lecture for the day: “Wake up, zombie!” It was a misquote of the opening of that day’s story: Tiptree’s “The Girl Who Was Plugged In”; therefore it was also an ill-advised taunt I hurled at the boy's back as he reached the door. He turned like a threatened animal, dropped the backpack, and lunged at me. The class remained as still as death as he threw me to the ground. I crawled around the desks that acted as the instructor’s station and podium and headed for the phone in the back room. He met me there, and before I could call campus security, he ripped the phone out of the wall. He made a move for me again, but I got around him and out the door before he could catch me, leaving him with my shocked students as I ran for help.

David sat across from me in our favorite booth at Denny’s. His face reacted to my story as I told it, sometimes smiling in disbelief, sometimes wide-eyed—even forgetting his coffee and Moons Over My Hammy. When I finished he chuckled and took a sip from his coffee mug. “So, did you really misquote the first line of the story, or were you just fucking with him?”

“What do you think?”

“You were goading him then.” It wasn’t a question, but he had a mischievous look in his eye—one that I’d seen before.

“Well, I was irritated with him for the constant disruption. This wasn’t the first time this semester either. He’s been a nuisance, and he needed to know that it was unacceptable.” I said, unsure if he was taking me seriously.

“Yeah, but, Gerald,” he said laughing and shaking his head.

“Well, even if I did poke at him, it wasn’t any cause for violence.”

Characteristic of David, he ended the discussion with one comment through his smile. It’s one that resonated with me ever after.

We had been planning our May trip to Sarasota for a few months. Not only would Autumn and I celebrate our tenth anniversary, but it would be our son Henry’s first trip to the beach. We had rented a VRBO house on Lido Key, just between St. Armand’s Circle and Lido Beach and would be there for four nights. I had just turned in my semester's grades and we were packing up for the trip. I had texted David the night before, but hadn’t heard back from him yet. This delay was not unusual for David. I pictured him with one of those clamshell cellphones where the numerical keypad was also the makeshift keyboard and him struggling for hours to compose a snarky but grammatically correct reply. For the past couple of years, our communication had been mainly via text message, but we got together at least once every time I could get to Sarasota.

Still, I usually heard back from him within 24 hours, and I was about to send another snarky text when I received one from Giles. It was just a URL, but it contained the words “mans suspicious death.” It couldn’t be.

SARASOTA, Fla. (WFLA) - Sarasota County investigators are looking for information on the suspicious death of a 48-year-old man. The victim, David A. Morse, was found dead in the front yard of a home in the 2400 block of 47th Street in Sarasota.

Deputies arrived at the home around 10 a.m. Monday.

I see him sitting alone in the crowded diner. It’s a greasy spoon from my childhood where old men and drunks come to be alone together. He’s sitting in one of those tiny booths staring blankly at the empty seat opposite, hands wrapped around a large coffee mug. I approach and ask if he’s OK. “I have everything I need,” he says without looking up. I decide to keep him company for a while, and I sit down. He looks through me as if I’m a ghost. “You have it wrong,” I say. “You’re the one that’s dead.”

He sits cross-legged on a raft just off shore. The full moon floats above his left shoulder, casting his face in shadow and making the still waters look like wine or blood. “David,” I call, and he seems to look up. His whisper comes from behind me: “Gerald, don’t you see?” I turn toward his voice, but I see only gray silence. I turn back toward the bay, and the raft is now further out. David's white shirt looks stained as if the waters of the bay had marked him somehow. “David!” My call is more urgent this time, but he just continues to stare at his right hand making small ripples in the water. Again, a whisper from behind: “Gerald, don’t you see? We’re all Larkin’s mower.” I strain to find the voice, now softer, “Don’t you see?” When I look back, he is almost too far to see, an obscure point riding a current into oblivion. 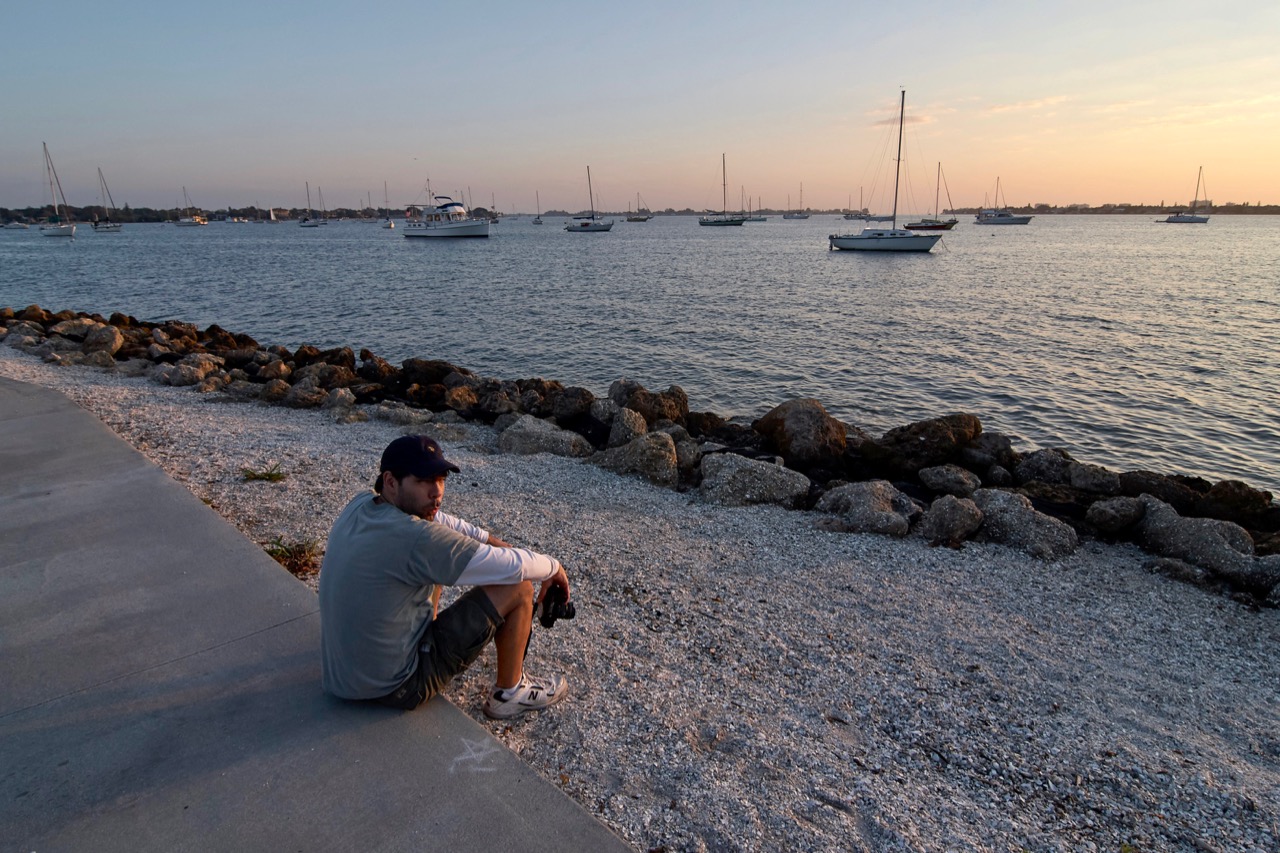