An Hour with a Leica M9 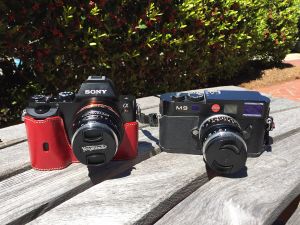 My Sony A7R and his new buddy the Leica M9.

I've been flirting with the idea of just doing it. Why not just get a used Leica M9? Even if the technology is seven-years-old, images that I’ve seen from the M9 are always interesting and often stunning. Spend any time on photography forums, and you will run into posts about that “Leica magic” — that something that Leica images have that others don’t. I think I've seen it myself, so maybe I could capture it, too, if I had the right equipment.

So, I ran into a Leica M9 kit for sale on the local Craigslist, and set up an appointment. The owner was very amenable and enthusiastic; we chatted about photography for a while before he suggested I take the M9 for a stroll. No arm-twisting necessary. I had about an hour on Coleman Hill to try to find some of that Leica magic. The first thing I noticed was that the Leica M9 was built like a tank. It sat on the table like a weighty idea that you just can’t wait to engage. I was off.

The rangefinder is fun to use: very old-school. I think my glasses actually blocked some of my view, so I sometimes guessed at the composition. However, since the focus is in the center, I think I nailed that every time. I might even like this way of composing and focusing more than the Sony’s peaking and zooming. Peaking is nice, but not consistent throughout various lenses and often not as accurate as I would like. The rangefinder nails it. One point for old-school. Here are a few more shots with the Zeiss Biogon 35/2 around the Hay House.

It was a sunny day, so the Leica often complained when I tried to shoot the Zeiss wide-open. My Sony never complains: it adjusts itself to go with what I want. I often had to stop down to get the Leica to stop protesting. I wanted it to have the Sony’s 1/8000 shutter.

After some time with the Biogon, I decided to try my trusty Voigtländer Nokton 40/1.4 on the M9. The first shot was lovely. That extra stop makes a difference: 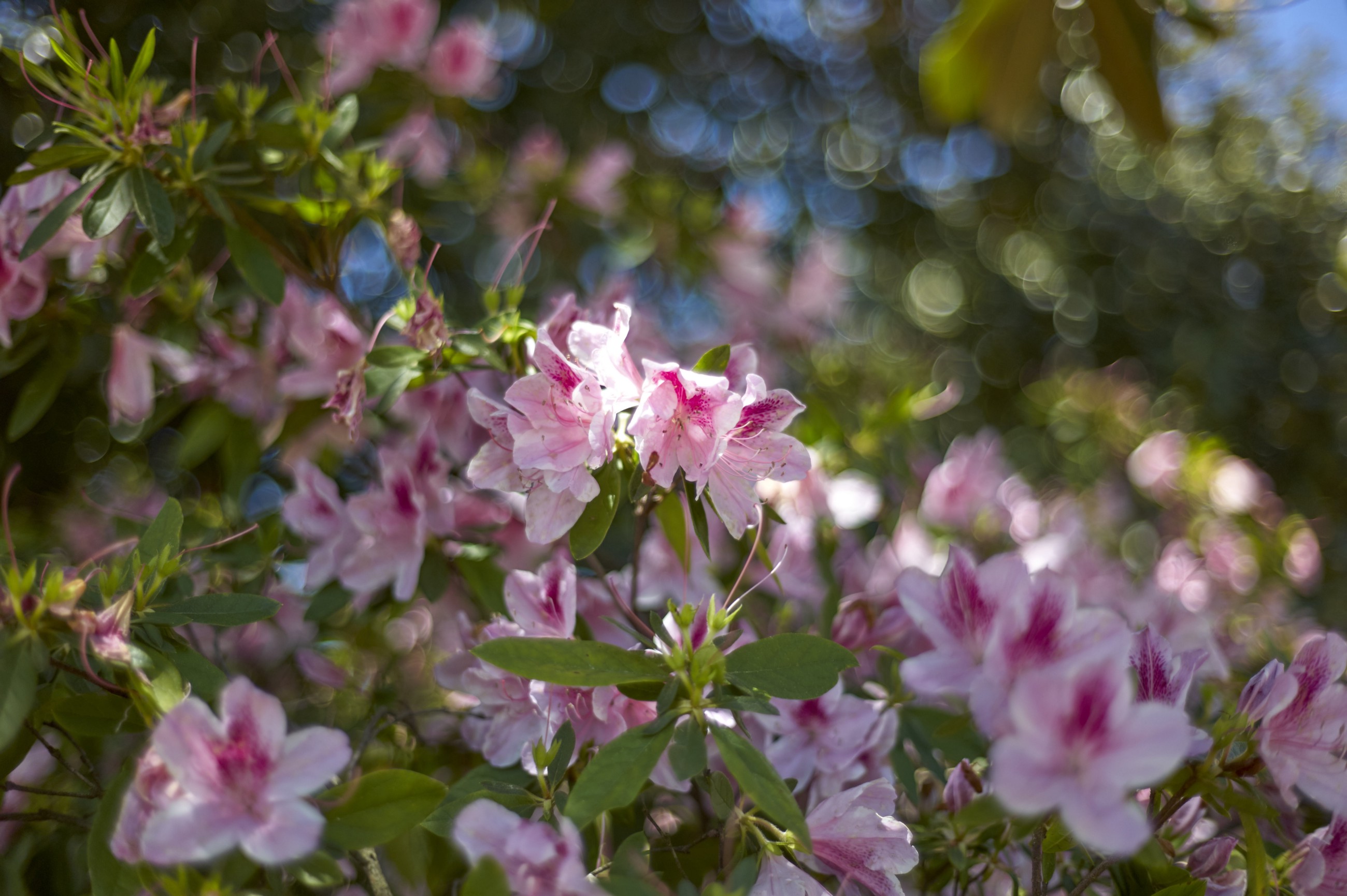 I kept the Nokton on as I walked east to the Cannonball House. On the M9, the Nokton’s focusing tab finally makes sense. While I love the lens, it’s hard for me to use on the Sony: I just can’t get used to the small focus tab on the lens’ bottom. Since I’m actually looking through the lens when composing a shot on the Sony, the placement of my hand on the lens makes little difference. On the M9, however, I have to keep my hand on the bottom of the lens in order not to cover the finder. Ah, now I get it.

Next, I headed back toward Coleman Hill. I paused on the steps to replace the Nokton 40 with a Nokton 50/1.5. My Ona camera bag looked nice, so it deserved to be photographed.

Man, the Nokton 50 is über-sharp on the M9 — and look at that fall-off. Lovely. It makes me wonder what a Summicron 50 would be like on this body. Unfortunately, the Leica Tele-Elmarit 90/2.8 that is part of the M9’s kit had an issue wide-open: it was hazy and frankly difficult to use on the M9. I think I agree with the kit’s owner: the M9 works best with lenses 50mm and wider. That’s probably what I’d use it for, anyway.

As I got back toward the law school, I did some more bokeh-heavy tests with the Nokton 50. Very nice. I particularly like the last image of the bike rack. Be sure to click on each on to enlarge it.

OK, I had a bit more time, so I mounted the Nokton 40 on the Sony and put the Zeiss 35 back on the Leica for some comparison shots. Yes, I know this is far-from-scientific test and probably an unfair comparison, but it works for me. If I'm going to plop down a big chunk of change for a seven-year-old camera, it better measure up. Magic is expensive.

Each of the images below was minimally processed with Capture One 9. Each was originally a RAW file exported in full-res to an 80% JPEG.

I like this shot on both cameras. I used both lenses wide-open; with hindsight, I probably should have stopped the Nokton down to f/2 for it to be a bit more fair.

Wow, this one is very close. Here, I might actually like the IQ of the Leica better.

Here, the Leica’s rendering is warmer, but the Sony’s is crisper — to be expected with double the sensor resolution. Again, I might actually prefer the Leica here.

This one's very interesting. The vignetting from the Nokton 40 on the Sony is very obvious and is often cited as a problem with wider rangefinder lenses mounted on Sony mirrorless bodies. The Leica is made for Leica lenses and compensates via software for each lens' profile. No such thing exists on the Sony, so the lenses aren't as precise (is that the right word?). Many users find this problematic, but I'm a bit more ambivalent. Since most of my work involves close-focus, wide-open portraiture, I don't think this is an issue for me. Additionally, the vignetting doesn't bother me; I usually end up adding it to portraits anyway. Now, if I were shooting architecture or landscapes, I see the problem. These images exemplify it.

Again, I think I like the rendering and colors of the Leica. The focus, by the way, is on the central tower.

And finally, I revisit an earlier shot.

As I've seen, the Leica (left) is the warmer image (compare it to the image above with the Nokton 50 @ f/1.5). The Sony is more precise, with nicer bokeh, but how much of that is the Nokton 40? There's the obvious vignetting on the Sony image again, while the Leica's is more even. I love the 3D-look of the Sony, but, again, that likely is a lens-thing, and not about the body or sensor.

I really enjoyed my time with the Leica, and if it were $1000 rather than $2500, I would buy it. It would be a fabulous camera to get to know and to shoot some portraits with — something I wasn’t able to do during my test stroll, unfortunately. I would probably be happy with this Leica M9 and a Summicron 50 for many years. Yes, the viewscreen is crap — it is old technology in every way compared to my Sony, but there is something ineffable there. This Leica cast its spell on me in just an hour, and I’m pretty sure I won’t be able to shake off that magic any time soon.