Bely and the Classics 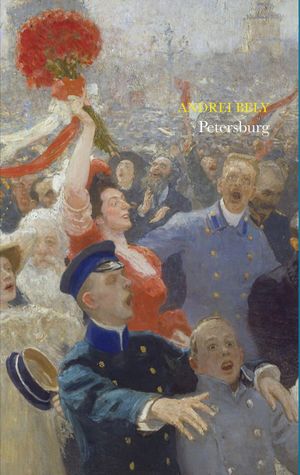 While many differences are obvious between Bely’s Petersburg and its nineteenth-century predecessors, there are a few that are more immediate and striking. The treatment of nature has progressed from the pathetic fallacy of Igor’s Campaign to Bely’s crepuscular, obfuscated environs of Petersburg. Narrative structure has seen a similar metamorphosis; combining Pushkin’s verse with Gogol’s prose, Bely has written, perhaps, Russia’s first meta-novel. Petersburg’s characters have also changed from the nineteenth century progenitors of Dostoevsky and Chekhov, into, perhaps twentieth-century Underground Persons.

Nature, in Petersburg, is, above all, frightening. While there are beautiful descriptions of sunrises and sharp moons, the novel soon pierces beyond that into the abysses of a chaotic universe where “all of life is obfuscation”:

This bleak nature enters into the very souls of Petersburg’s denizens, breaking down what imposed order they had placed on this wilderness of shades. The image of the abyss is prevalent throughout; it infiltrates the musings of Apollon Apollonovich, Nikolai, and Dudkin breaking down any rational barriers keeping them from this reality.

The reality of nature in nineteenth-century Russian Literature is diverse, and never reaches the frightening dimensions as Petersburg. From the sympathetic universe we see in Karamazin, the portrayal of nature as beneficent, changes into one of nature as a haven in Pushkin’s Eugene Onegin, to a nature that is an influence on characters in Lermontov’s A Hero of Our Time and Turgenev’s Fathers and Sons, to nature as a solace and spiritual rejuvenator in Dostoyevsky’s Crime and Punishment and Tolstoy’s Anna Karenina, to nature as a repetitive cycle in Chekhov. In its first twentieth-century incarnation, nature becomes indifferent and frightening as the characters of Petersburg try to negotiate its quixotic and shadowy nature by imposing a false order; and when this rationality, represented by Kant’s empiricism, is shattered by illogical and irrational events, the characters must acknowledge this fact and react accordingly.

Bely’s narrative structure is more akin to his twentieth-century contemporaries, e.g. James Joyce, T.S. Eliot, than to any of its predecessors. Like Gogol, Bely’s prose is a ride through dark tunnels and curving streets, deep chasms and soaring heights. Yet, unlike Gogol, Bely includes poetry, lyrics, polyphony, direct address, and a number of other literary conventions, making Petersburg a pastiche of literary styles and a coup de grâce for the nineteenth-century novel. Unlike the St. Petersburg of Crime and Punishment, Bely’s Petersburg is itself a character, more fluid than solid, that changes and grows throughout the novel. This plasticity of form makes even inanimate objects, like the Bronze Horseman and the caryatid, take on a role of their own, affecting events and perceptions throughout the novel. Dudkin believes himself pursued by the Bronze Horseman, the very idea is enough to shatter his Kantian empiricism and lead him to murder Lippanchenko to try to restore order to his universe.

Nothing is ever clear, or lucid, in Petersburg. Reality, if one can be grasped, is shrouded in obfuscation. Truth is even realized by Raskolnikov by the end of Crime and Punishment; however Petersburg closes with Bely’s protagonist wandering and wondering much as he was when first introduced. The only difference between the initial Nikolai and his counterpart at the novel’s close is that the bust of Kant has been blown up, along with its influence upon Nikolai. He has realized that nature is not orderly and logical as Kant would have it, but ecstatic and quixotic, and all that one can do is roll with the changes. This resolution is quite different than the one Lermontov’s protagonist Pechorin divines: for him the universe is very ordered in that we are all in the hands of fate. Even Gogol’s Chichikov continues as before, resolve intact, ready to pounce upon the next rich land owner with dead souls. Tolstoy’s novels close with the universal truths all figured out, very different from the shadowy ending of Petersburg.

Petersburg’s characters are all denizens of Petersburg and are, therefore, its victims. All will realize that surfaces are fluid and mutable, and all will eventually gaze at the abyss beneath. Perhaps this offers a continuation of Dostoevsky’s Underground Man, or at least his counterpart. While the Underground Man refuses to accept rationalities and societal aphorisms, lurking within his hovel, protecting his secrets and delicate neuroses like a dragon protecting his gold, the characters in Petersburg act, yet remain victims of their natures just as the Underground Man is a victim of his. Nikolai, within his room contemplating Kant and the other worldly philosophers is comfortable within his own created reality; that is, until he decides to act. When he acts, his world breaks down—just as the Underground Man’s does. Suddenly Nikolai is an expected parricide in this supposed world of order. Dudkin’s world likewise evaporates and his actions result in his insanity and the fat man’s graphic murder (that was not unclear!). The bureaucratic world of A3 is brought to a sudden end as he begins to suspect that his disorder, i.e. the continual rape of his wife, might have led to his breakdown from a prominent and respected politician, to the father of a unruly domino—he cannot control his own son, how effective could he be with a government? His son’s disorder, and perhaps his own paranoia, result into a screaming, infantile geriatric. Likhutin, when his wife disobeys his order, is reduced to an absurd clown who is incapable of taking his own life.

These characters are all representatives of a Petersburg in flux—a Petersburg positioned over the abyss that reminds its inhabitants, as would a capricious deity, of how precarious is their position in such a universe where grown men become babies, intellectuals descend to babbling lunatics, and shadows become more substantial than one’s own flesh. Bely reminds his readers at the beginning of the twentieth century that all is not what it seems and that “everything that exists is ‘spawn.’" That is, everything that exists is the product of our own intercourse with ourselves; we, perhaps Bely is suggesting, are the creators of our own realities, however comfortable or terrifying. If the former is the case, however, one should always be wary of the unexpected lurking in the shadowy recesses of Petersburg, Tampa, or our own wallpapered chambers.