Having completed Philip K. Dick’s Do Androids Dream of Electric Sheep? for the third time, I find it much more nuanced and troublesome than I did during previous readings. 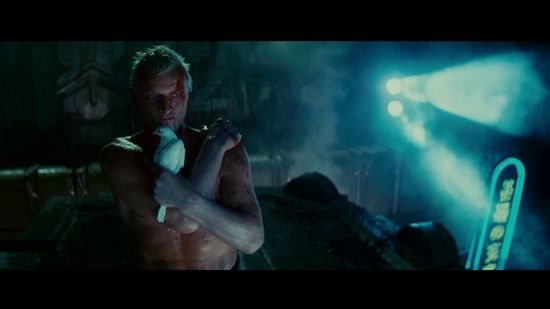 There is this permeable membrane between “human” and “android”; “human” and “animal”; “regular” and “special”; “human” and “god” — as if all of these positions are fictions in relation to one another. Deckard says, near the end of the novel: “Everything is true,” he said. “Everything anybody has ever thought” (227). Our fictions are present in everything that surrounds us: from the computers that we make to the animals that we feed. “There is no salvation,’’ only the life that surrounds us and how we choose to live with it (178).

What matters, the book seems to problematically suggest, is our ability to empathize. Human or android distinctions are irrelevant: we create our own realities and have to deal with the consequences, whether right or wrong. We have a duty to our fictions (realities) once created that must be carried out, like a Hindu dharma: “Go and do your task, even though you know it’s wrong” (178). Sometimes our fictions collide with one another, and choices must be made, even though a part of reality is destroyed. Deckard’s bounty hunter fiction (his job) collides with his growing empathy toward Rachael Rosen (physical desire). While she makes it easier for him to do his duty as a bounty hunter by admitting that she is involved with a plot to make all of the world’s bounty hunters impotent, Deckard’s moral dilemma issues from the contradictions surrounding his machine-like duty to the state, and his newly emerging feelings for life that surrounds him — even the ersatz lives of androids.

The irony here remains in the fact that there is no salvation in a universe where everything is bound to break down into the shrouding gray dust: where treasured items are just kipple and entropy swallows all in the end. Yet, the fictions, too, begin to break down into kipple to the point that the characters will turn to anything — Buster Friendly and His Friendly Friends, the Penfield Mood Organ, Mercerism — in order not to have to confront the silent emptiness of the world that is becoming increasingly less-populated as humans immigrate, become “special,” or die. With life departing the world, empathy becomes the favored fiction of the day: empathy defines the human.