Shelley begins his “A Defense of Poetry” by making a distinction between reason and imagination: “Reason is the enumeration of quantities already known; imagination is the perception of the value of those quantities, both separately and as a whole.”[1] Shelley likens reason to analysis and imagination to synthesis; reason examines the workings of particulars, and imagination–while keeping the particulars in mind–offers a more holistic view. Poetry, states Shelley, expresses the imagination and is entwined with the origins of humanity.[1] Shelley exalts poetry as the bearer of humanity’s most profound truths; these truths speak of a universality, disregarding time and location, of order and beauty that legislates the world. Poetry keeps humanity human. 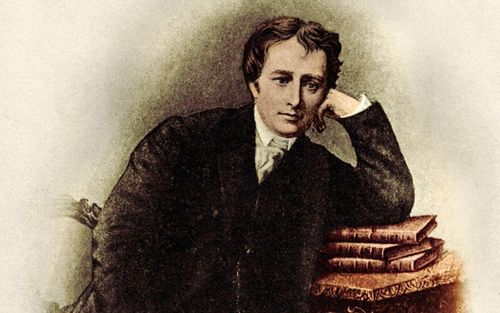 “A Defense of Poetry” illustrates the Zeitgeist of Shelley’s time. He saw the beginning of the nineteenth century as a time of rebirth from the tyrannies of the “grosser sciences” that continually seek to keep humans slaves, separated from imagination and its expression.[2] Such tyrannies–the products of “reasoners” and “mechanics”–keep the imagination stifled and fettered in the shackles of rationalism and familiarity.[3] When the rational faculties are emphasized over the creative faculties, then humanity loses sight of eternal truths and concentrates only on the acquisition of temporary pleasures and utilitarian fortunes. Yet, states Shelley, only when balanced with the imagination can science and its products be a boon to humanity, for the useful “strengthens and purifies the affections, enlarges the imagination, and adds spirit to the sense.”[4] Far from a technophobe, Shelley remained cautious about scientific advancements that overshadowed the creative spirit. A society based on the “selfish and calculating principle” could only produce external values which effaced the spirit in lieu of quantifiable materials and measurable wealth.[5] Shelley’s dystopian vision, ostensibly not unlike our own society almost two-hundred years distant, could only be ameliorated by the work of the poet.

The poet eschews the monotonous, quotidian world through an ability to defamiliarize. Like distorting the sunlight and all it shines upon, the poet “makes us the inhabitants of a world to which the familiar world is a chaos.”[6] A verbal magician, the poet trans-forms the mundane into the fantastic through imagination. The poet stimulates the ob-server’s own creative impulses to produce new materials for knowledge, power, and pleas-ure; the poet’s creations inspire the mind to mold a reality and order based on the good and the beautiful.[7] The good, then, has its genesis in the exploration of the creative im-pulse; i.e., an emancipation from the prison of stifling familiarity can only lead to the good.

Indeed, the implications of that last statement exemplify Shelley’s vision of the poet and explain the Romantics’ propensity to venerate Milton’s Satan above his God. Shelley suggests that because he perseveres despite adversity and continues even though his efforts will only lead to more suffering, Milton’s Satan “as a moral being is far superior to [Milton’s] God.”[8] Satan challenges God’s dominance and authority; God casts Lucifer and his followers out of paradise, but Satan still attempts to thwart his nemesis by influencing His creation. Satan, therefore, introduces imagination into the world by convincing Eve to ask questions about God’s law, asserting her own creativity and self-reliance. Satan, then, illustrates Shelley’s goodness and beauty by stimulating the imagination in his hearer: Eve. Through Satan’s ministrations, humans were able to make their own choices and assert their own creativity and individuality on their world.

Shelley’s poet introduces difference into the world in en effort to promote unity. Poetry is divine in that it provides the seed for all of humanity’s creations: religions, institutions, politics, philosophy, and technology. Difference produces dialectic; anthesis (going back to Hegel) produces synthesis. The imagination exists within this synthesis, helping to make the products universally important. The pleasure poetry produces in its observers stimulates the imagination, leading to more expressions of eternal beauty and goodness. Each synthesis is an innovation–a revolution–a new way of knowing the world and perceiving the truth.[9] Shelley suggests that “A poem is the image of life expressed in its eternal truth.”[10] The poet’s expression demonstrates this eternal truth better than the didactic versifier or pedantic priest; the poetry itself influences the moral health of humanity,[11]

While Shelley’s philosophy of the poet may be a positive, liberating belief in an intellectual capacity, the political implications would probably result in a French Revolution every twenty years or so. Rather than interpreting Shelley’s “Defense” as a pragmatic manual for life, it should be considered as an intellectual manifesto. Salman Rushdie’s novel The Satanic Verses asks “What kind of idea am I?” suggesting a twentieth-century interpretation of Shelley’s heresies. They are both suggesting the same thing, are they not? Rushdie calls for freedom from the thoughtless acceptance of religious faith and a trust of one’s own voice and how it responds to and with humanity’s polyphony. Shelley seeks similar ends. He repudiates Descartes’ ascetic vision of the “little world of self” and seeks to reconcile the poet’s place within society.[12] Also like Rushsie, Shelley heretically states that while Jesus’ vision contained the “most vivid poetry,” his followers, seeking to codify and dogmatize, quickly distorted and effaced his poetic principle in an effort to create a practical institu-tion (125-6). How does one institutionalize a revolution anyway?

Shelley, recalling Vico, suggests that the poets were the first harmonizers—the first creators of society:

The poet produces and is produced by his society. The great poets synthesize their present age and point to the future ages. Their expressions are representative of their age and also of all time. These poets keep the poetic principle alive within their listeners, instructing through their/our imagination. They legislate humanity by keeping it human.