Yes, I have adopted a new way of eating and exercising since the beginning of the year, and it has been fruitful. Several people have asked me how I’ve done it, and I tell them: “eat right and exercise.” That’s really about it. 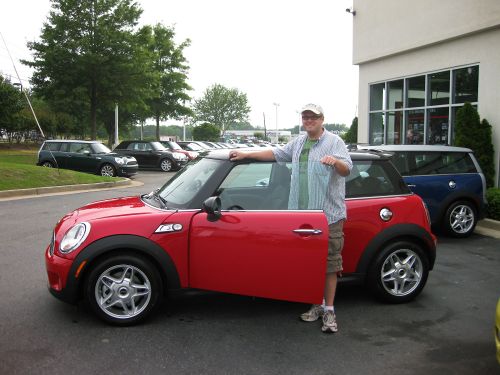 Here I am trying to hide behind my Mini’s door. Dude, that’s not gonna work.

There are three components of food that determine body weight: carbohydrates, protein, and fat. Most diets try to limit either the former or the latter in their weight loss regime. I’ve posted several times about the McDougall Program; it eliminates any added fat to meals, emphasizing non-processed sources of complex carbohydrates, namely whole grains, fruits, and vegetables. I had great success with this approach about ten years ago when I lived alone. However, this is not a lifestyle — in my experience — that is conducive to a social life. I think that’s why it failed me the last couple of times I tried it. I had to do something else.

I began the year by joining MyFitnessPal and tracking my calories. Even if you do nothing else, knowing what goes in your body alone is helpful in losing weight. Interestingly, I had no idea what my daily caloric intake was, nor did I know what it should be. It seems that for a male who weighs 200 lbs, just to maintain that weight, I would have to eat in excess of 2500 calories a day — just to maintain. That means, since I had been steadily gaining weigh since my mid-thirties, that I was likely eating much more than 2500 calories a day. Wow. Just this fact alone was a revelation.

I decided what my target weight would be by plugging in my current numbers and figuring out my percentage of body fat, BMI, etc. According to the breakdown, I was about 22 pounds overweight. This meant that I needed to be somewhere around 175 lbs. That was a good place to begin, though I knew I would likely want to go beyond that. MyFitnessPal allowed me to set this goal and gave me my daily caloric intake: 1200 calories. Since I wanted the maximum weight loss possible in as short a time, this count is low, but I found easily achieved for me. Yours might differ.

Another tool that helped me measure my calories and exercise is my Fitbit. Since I got it, it’s been my constant electronic companion — even more than my iPhone. I like it because it keeps track of just how active I am, including runs and all of my other daily movements. My Fitbit communicates these numbers with MyFitnessPal, and the latter adjusts my allotted calorie intake automatically. For example, a five-mile run will give me about 600 extra calories that I can eat, bring my daily total to 1800. It’s pretty accurate and consistent, and I have grown to depend on its support. 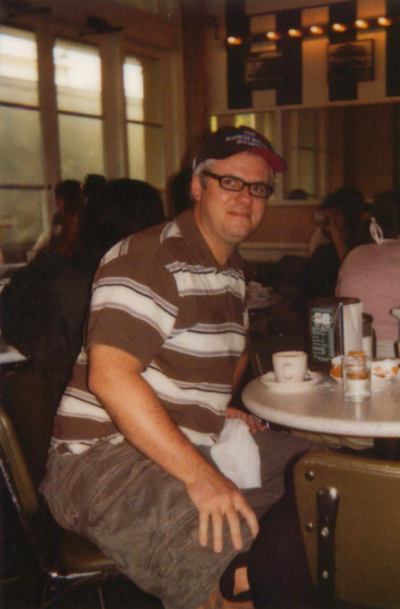 MyFitnessPal works on my iPhone, and I can even scan the bar codes of food items, so I don’t have to enter them myself. Between MyFitnessPal and my Fitbit, I am able to easily keep track of my caloric intake so I don’t go over my daily allotment.

The other obvious numbers to measure are both your weight and measurements: neck, waist, and hips. These numbers — for me — are solely to measure progress, or lack thereof. Weight fluctuates, so try to weigh yourself at the same time everyday. Even scales are different, so I only weigh myself on my own bathroom model. The real indicators of weight loss or gain are your body measurements. These don’t lie. Both the Fitbit and the MyFitnessPal web sites can keep track of these numbers for you. I take them at least twice a week.

I’ve read McDougall’s book many times, and I recommend it, though I think it’s out-of-date. He does have a new one, and I would expect that his science has been updated. I have it on my to-read list. However, as I said above, McDougall hasn’t worked for me the last few times I tried it for various reasons. I just couldn’t stick to a vegan diet. With the suggestion of a friend, I picked up Timothy Ferriss’ The 4-Hour Body. I read it on the plane coming back from a conference in February. Stephen made a handout that summarizes Ferriss’ “Slow Carb Diet.”[1] Here’s my take of it that I sent to my dad:

For dressings, I usually use a homemade Italian dressing, using Apple Cider vinegar, olive oil, and a seasoning packed (Good Seasons, I think).

You should really read ingredient lists on anything you get. If it has a bunch of junk you don’t recognize — particularly sugars like high fructose corn syrup — then avoid it. I think the Newman’s stuff is usually pretty good. Try to avoid the sugary sauces.

Booze: two glasses of red wine a night. That’s all you get.

As for proteins, chicken is my favorite. We usually buy breasts in bulk and cook them on Sunday. That allows us to eat them all week in about 4oz servings. We stay away from red meat (no beef, and very little pork), and try to eat white fish as much as possible. Grilled Mahi is awesome.

Take a day each week off and eat and drink anything you want. It helps reset your body a bit. Autumn and I usually get pizza or burgers, and I drink my Makers Mark. Don’t take your first day off until you’ve been on the diet for at least five days.

Let me know if you have any questions.

I usually have an egg and some sort of breakfast meat for breakfast; a protein and vegetable (and/or legumes) for lunch — often a salad; and a protein and vegetable (and/or legumes) for dinner with a glass or two of red wine. That’s it, really. Ferriss recommends you keep the variety to a minimum. I do have my favorites, but I have also been trying new recipes. This style of eating really works for me. However, I will make some changes now that I have pretty much gotten to my target weight. More on that below.

I run at least five miles (about an hour) four times a week. Sometimes I do more. I’m not fast, and often I walk part of that distance. If you break that down to six days, that’s about thirty minutes each day in your aerobic zone. I think you should make an attempt to move your body everyday. Period. More on this below. I’m not going to say too much about exercise here, as I’m still trying to figure out a good balance between aerobic and anaerobic. More on this in another entry.

It took me a good six months to lose fifty pounds. I am pleased with that progress. 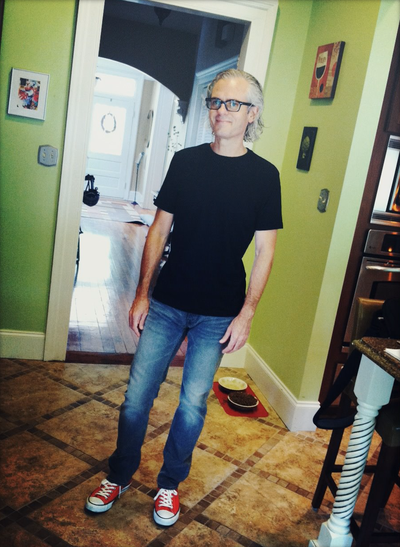 Along with Ferriss’ book, I also read Kurzweil and Grossman’s Transcend: Nine Steps to Living Well Forever and Wolf’s The Paleo Solution. The latter taught me a lot about celiac disease and some of the potential downsides to gluten in your diet. His approach to eating is very similar to Ferriss’, but he eliminates legumes. Kurzweil and Grossman take a more middle-of-the-road approach. I see it as similar to Alton Brown’s diet: privileging nutrient dense foods over energy dense foods. The former are essentially foods that have had little-to-no processing, while the latter are the processed garbage. See, you can still eat your carbs, but just eat them in forms that your body has to work to process.

So now I’m at a crossroads. Yes, I have reached my goal (I bought a pair of jeans last night with a 29" waist), and I have promised myself I will never put on weight again. However, I’m not sure I can maintain Ferriss’ “slow carb” diet, either. Yes, it’s easier than McDougall’s for me, but I’m concerned that it will ultimately be unhealthy. I need to make some modifications. Here’s what I’m thinking.

During my last annual checkup, I chatted with my GP about nutrition. I told him what I was reading and my intentions to lose some weight. He told me that I already know what’s good and bad before I put it into my body. He told me to trust myself. I want to do that.

I think because they are both foods that I enjoy, whole grains and fruit will be added back into my diet. I will continue with a cheat day, or at least one cheat meal per week. After all, I have only one life to live, and part of how I want to feed it is with pepperoni pizzas. I will also continue to measure my calories, though I will likely have to add to my daily total. Just how many to add, I’m not sure.

I’m going to think about this a bit more, and do some more reading. I’ll post more in a day or two. Until then, I think I’ll go and put my new skinny jeans on.