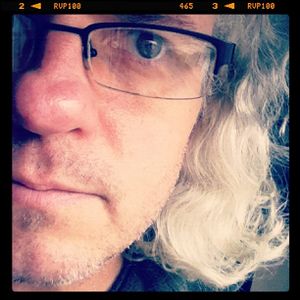 I know I’m a few days late for New Year’s resolutions, but the spring semester beginning tomorrow seems more like a point of a new beginning than an arbitrary day on a calendar. So, with that, I propose the following as resolutions.

I don't really have much to add to the last two times I attempted such an exercise. They are very similar, but perhaps with a slightly different emphasis.

In many ways, 2011 was a trying year. Three deaths affected me in different ways—Apollo, Steve Jobs, and Christopher Hitchens. Each died of cancer—the latter of the same pernicious variety that killed my cousin Dale Knack. McEwan’s tribute to Hitchens was both beautiful and difficult; we know the latter is what death is, but what makes it beautiful? Death is not beautiful—only life. It takes a good life to make death less dreadful. As Hemingway said: "Every man's life ends the same way. It is only the details of how he lived and how he died that distinguish one man from another."

I finally watched the HBO miniseries John Adams over the break, and the last episode of this series illustrates this point. It is a difficult episode to watch. Throughout the series, Adams—and those around him—age. Aging in the late-eighteenth, early-nineteenth centuries was much more noticeable—especially the teeth. I remember reading that George Washington suffered his whole life from bad teeth, and that likely he had not a one left when he became president. In fact, even some of his portraits—like Gilbert Stuart’s to the right—show his swollen mouth and the obvious discomfort he must have endured much of his life. This seems an apt metaphor for life at this time.

One of the problems with biographies is you know how they all end. The final episode, “Peacefield,” is about not only Adams’ death, but the deaths of those most dear to him, especially his wife Abigail’s and Thomas Jefferson’s. Adams lived a long life—he was nearly 91 when he died—and he had been an observer and participant in the birth of the US. OK, this is getting morbid; I'll have more to say about Adams in a future post.

2011 was great in many ways. I taught in London in the summer again, and Autumn and I traveled to Greece. Fantastic. I am healthy and happy. I have a wife who loves me—I’m still trying to figure out my luck there. My family and I are closer than we have been in recent years, and I hope that trend continues.