It’s official. When my 10-month contract expires in June, I will no longer be the NMAC Coordinator for the Department of Media, Culture & the Arts. Here’s how the MCA Chair put it in an email to the faculty:

This was a bittersweet decision for me. I have contributed greatly to the renewal of the New Media and Communications program. 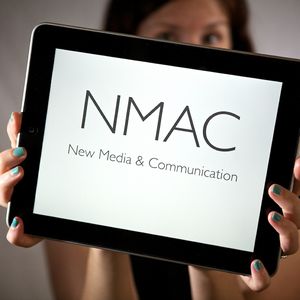 When I first came to the position, the program was still called Communication & Information Technology, or CIT. It was developed about ten years earlier by a completely different faculty with different areas of expertise—and when considering technology, it was a different world. While it served a changing Humanities Division for that time, the curriculum was beginning to show its age. It needed to be revised and updated to better fit the college’s mission and the faculty’s interests and expertise.

A revision of the curriculum was the first order of business, and we didn’t have much time. Based on my experience teaching in the CIT Program and with a vision for its future, I wrote the first draft of the new, still unnamed curriculum. After many discussions and revisions, the faculty and I came up with a strong new program that removed the courses that were no longer germane, changed many of the requirements and focus, and made the whole curriculum more flexible for the students.

We ended up concentrating on three areas: theory, production, and cultural studies. We wanted our students to have strong theoretical foundations, a solid praxis in the digital media of the day, and heavy doses of writing-intensive cultural studies to produce well rounded graduates and stellar media professionals. The final curriculum is not perfect, nor does it much resemble my original draft, but it is currently a good program. In fact, at the end of my tenure as coordinator, we’ll be graduating about twenty students—a steady increase over previous graduation rates.

As part of the new curriculum, I proposed and implemented a new capstone requirement: rather than a research paper, students would construct portfolios that transitioned them from students to professionals. Our first group of NMAC seniors are completing their portfolios this semester. I also helped develop NMAC 3145 Digital Media Studio that students take early in their junior year to introduce them to the software that they will be using throughout their studies in the program. The course was originally called Technology and the Creative Artist which looked at the influence of digital technologies on cultural production. It still has that foundation, but its emphasis is now on studio work.

My first consideration and responsibility as NMAC Coordinator was for the students. I felt it was necessary to get to know all of the NMAC students – at least as they became seniors. However, most of the students knew me by that time, anyway, having had me for a course or two. I think my responsibilities as coordinator made me a better teacher. I had to be more approachable as an administrator, so it made me even more conscious of my professional persona. One issue that I have struggled with my whole teaching career is students’ perception of me. Many find me intimidating, so I tried to make myself extra approachable in the classroom especially. I think it has worked. I’ve developed many excellent relationships as coordinator.

Some Accomplishments as the NMAC Coordinator:

Thanks to all of those who supported me during my time as the NMAC Coordinator, especially the students and my colleagues.

So, I’m on to it: to the next phase of my professional career. More on that to come.