While many suppose—and perhaps rightly so—that Holly Golightly is the protagonist of Capote's Breakfast at Tiffany's, I have been intrigued with the narrator in my reading this time. I noticed that the narrator plays down his role in the novella, acting passive and journatistic and not bringing much attention to himself. I think this fact is what piqued my interest this time; that, and his interest in the cage—something I didn't really catch till my most recent reading. 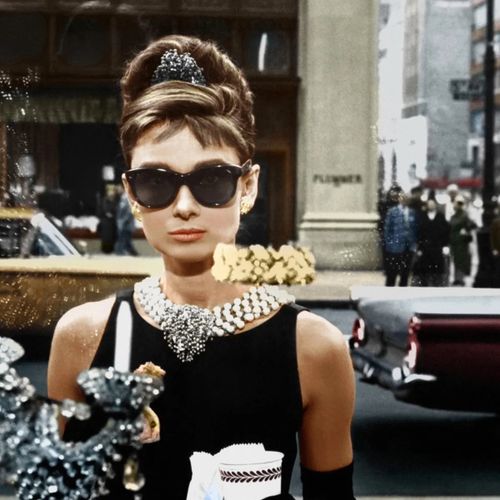 First of all, the novella is written in first-person. As a sometimes composition teacher, I frequently tell my students that their choice to write from a particular point of view says much about how their work will be perceived. For example, one of the reasons that the academy stresses the third-person is its suggesting of objectivity in its concentration on the object discussed, not the predilections of the writer. In writing in first-person, Capote draws attention to his narrator and his personality even while pretending to mitigate its influence on the story.

The narrator becomes fascinated with Holly immediately, becoming almost a stalker and definitely a voyeur: "I went out into the hall and leaned over the banister, just enough to see without being seen" (12). Why? There's something he admires about Holly—something that he sees as a deficiency in himself? This distinction can be seen by the narrator's attraction to the bird cage that he spies in the window of an antique store. Like Holly, the cage is elaborate and ostentatious: "a palace of a bird cage, a mosque of minarets and bamboo rooms yearning to be filled with talkative parrots" (15). He wants to buy the cage, but can't afford the $350 price. He later takes Holly to see the cage, and she enjoys "its fantasy," stating "But still, it's a cage" (55). Holly later purchases the cage for the narrator as a present:

His "dreadful" (the price) is not the same as her "dreadful" (the cage itself). Even though the fantasy of the cage is elaborate, Holly sees it as still a cage. Holly knows that even the most wonderful fantasies can become cages—perhaps are always already cages that seek to impose another's desires and ideas while crushing individuality. For example, Holly escapes from O.J. Berman, just as she is about to become a star. She seems to realize at the last moment, that even the life of a Hollywood celebrity would limit—cage—her life in ways that would limit her freedom and individuality.

Even someone's love for another is cage-like. The novel is full of ideas about possession, and Holly's attempts to avoid them. This idea might be best exemplified by her refusal to name her cat:

Holly resists the idea of belonging throughout the novel, even warning Joe Bell not to fall in love with a "wild thing" (74). However, the very act of living with people brings a domestication—compels one to be responsible to a community, to be sensitive to others' feelings, to shape oneself to fit in. It only seems to be a matter of time before attachments come along. While Holly refuses to give the cat a name, she names the narrator right off. Why? Her giving the nameless narrator the name of her soon-to-be-dead brother Fred (it is inconvenient otherwise), she puts him in a cage and determines the nature of their relationship. Perhaps, she felt that comfortable bond of siblings with the narrator right off. There are some cages that we cannot avoid; perhaps there are some cages that are necessary to function in a community.

The narrator goes to great lengths to make himself reporterly. That is, many find him almost a non-entity, lacking self-esteem, and rather boring. However, there are tantalizing clues to the narrator's life beyond the narrative which also supply a justification for his self-effacement. The critic Tyson Pugh argues that little attention has been given to the narrator's homosexuality.[1] The narrator seems to understand the necessity—unlike his mordant portraits of Rusty Trawler and Quaintance Smith—of remaining closeted if he is to remain employed and find success as a writer. Perhaps because of Holly's influence, the narrator develops his own case of "mean reds" and loses his job because of an "amusing misdemeanor" that he does recount (75). Whatever this means, it seems to suggest that he is not acting the way he should by letting his real personality out of the the cage.

Another episode that betrays the narrator's personality is during his altercation with Holly. Since the narrator met O.J. Berman, the Hollywood agent, Holly has been trying to set them up in order to further the former's career. Holly insults his writing: "Trembling leaves. Description. It doesn't mean anything" (62). He resists the urge to hit her, and asks what she feels would mean something.

Another disparity: she, while sharp, precocious, and sophisticated, is a product of popular culture, something that the narrator, upholding a waning literary culture, disdains. This disagreement provides a springboard to him to criticize other aspects of Holly's life that he finds disagreeable, like her relationship with Rusty Trawler. The narrator's judgments seek to control and perhaps educate Holly in the lessons that he feels are valuable, delineating a cultural cage. She will have none of it.

But while the narrator lets himself out, Holly is slowly crawling into one with her love for José. Yet, cages work both ways. While Holly seeks to avoid belonging to anyone, she gets the reputation of a lose woman. She realizes the consequences of this perception too late: José's conservative world cannot encompass Holly's liberal one. She is left to keep searching for her place of belonging.

While the narrator is pretty successful in keeping attention focused on Holly, the novella is just as much about his growth as it is hers. However, at the beginning of the novella, he seems jaded and cynical, as if he's still searching for his own Breakfast at Tiffany's. He rushes to Joe Bell's bar, perhaps hoping to be inspired once again by Holly, yet finds her as elusive as ever. Chasing Holly gives him only bittersweet feelings: he cannot bring himself, like Joe, to romanticize her on-going travels. Perhaps the writer in him longs to cage her in his narrative, something that Holly does manage to avoid.