A Short Response: Tolstoy’s The Death of Ivan Ilych 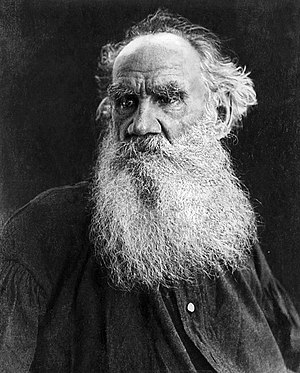 In the beginning of subsection two of The Death of Ivan Ilych, Tolstoy begins with a one-sentence paragraph: “Ivan Ilych’s life had been most simple and most ordinary and therefore most terrible.” This opening, thesis-like, statement is then proved as Ivan’s life is quickly summed-up in the following two sections. His “most terrible” life is attributed to a comme il faut existence and a lack of authentic reflection in Ivan’s seemingly decorous world.

We are told that Ivan is “an intelligent, polished, lively, and agreeable man” who is “strict in the fulfillment of what he consider[s] to be his duty;” a duty adopted by those in authority , or one that fits neatly into society’s comme il faut. His choice of a wife is a perfect example of a “right thing by the most highly placed of his associates.” This is followed by another one-sentence paragraph: “So Ivan Ilych got married.” Ivan did find her “agreeable,” but his marriage is based primarily on the fact that his society said it was the right thing and he should do it.

This decorous marriage soon began to “disturb the pleasure and prosperity their life” because Ivan, and Praskovya, realized that this marriage, that he entered into without reflection, is not easy; therefore, instead of facing these unwanted difficulties Ivan looked for “light-hearted pleasure and prosperity” in his official duties and card games. That is, he avoided his wife except for bed and other marital duties.

Ivan’s official duties were soon transferred to St. Petersburg where he started decorating his new house with “all the things people of a certain class have in order to resemble other people of that class;” this results in his fatal injury, ironically, while he is imitating the decors of society. Then with all of this done, things became dull and work-a-day “but on the whole his life ran its course as he believed life should do: easily, pleasantly, and decorously.”