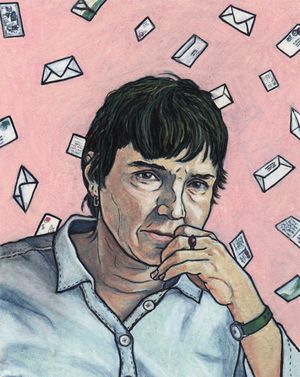 Adrienne Rich’s essay “When We Dead Awaken” is about what it means to be a woman, and the battles they must fight to write today. It is an essay about revisionary mythmaking and the process Rich had to undergo to define her own idiom as a woman writer. She begins her theme by showing how women through history have been defined by male writers, and how images of them affected their thinking and ways of living; thus metaphorically killing them by choking off their own ideas of womanhood. Rich’s own education was teeming with the male view of women, e.g. La Belle Dame Sans Merci, Tess, Juliet, and Salome; these images were not reality, or truth, only the myth of what a woman should be in relation to the patriarchal society.

Rich says that it is exciting to be alive at a time of “awakening consciousness” when women are starting to question the myths about them in the canon of the past. She says that re-vision is an “act of looking back, of seeing with fresh eyes, of entering an old text from a new critical direction.” This is more than just a new outlook but an act of survival “not to pass on a tradition but to break its hold over us.”

This act of revision is stated very clearly in “Diving Into the Wreck.” The woman-diver-poet has come to the scene of the wreck with her book of myths to view for herself “the wreck and not the story of the wreck/the thing itself and not the myth.” Rich is looking into the past, before patriarchal control, and creating her own reality in an androgynous being that is capable of strength and love. This new myth sets the stage for the ultimate truth and understanding without the dichotomy of male and female. Only together can they understand the mistakes of the past and re-write history that can include the names of women in their proper places and perspectives.

As Rich grew as a poet she started seeing herself in a different way. Her earlier poetry was defined by the craft she learned from the men she had studied. As she examined this earlier work she began to see an obvious maturing and was

startled because beneath the conscious craft are glimpses of the split I even then experienced between the girl who wrote poems, who defined herself in writing poems, and the girl who was to define herself by her relationships with men. (2050)

Rich goes on to discuss her life and how it was defined in the patriarchal society. There was a conflict between her relationship with her family and her poetry. Her final answer to her conflict was freedom and that "to be a female human being trying to fulfill traditional female functions in a traditional way is in direct conflict with the subversive function of the imagination.” Rich stresses the word traditional as it is defined by the patriarchal society and she believes in the need to unify the “energy of creation” with the “energy of relation.” She needed to think for herself and come up with her own understanding and conclusions that are unaffected by society.

In the poem “Myth,” Muriel Rukeyser examines the patriarchal society in the Oedipus plays of Sophocles. Oedipus is himself a victim of a society that he helped to create. Communication, or lack of, is the problem in this instance where Oedipus believed that “man” was an all-encompassing word for all of humanity. This myth, which he helped to create, brought his tragic degradation. The dichotomy that man created between men and women, separating the aspects of each, has ironically wrought doom upon Oedipus.

Margaret Atwood takes a strong position against the patriarchal society in her poem “Circe/Mud Poems.” Communication and the relationships between men and women are her motifs and focuses. She metaphorically shows the victims of society who refuse to conform to tradition as having their limbs ripped and cut from their bodies. They are the “silent ones” who refuse tradition and the mythical roles placed on them by society. Atwood has stripped away the faÃ§ade of society to get down to reality, even if it is not pretty. “Around me everything is worn down, the grass,/the roots, the soil, nothing is left but the bared rock,” the rock of truth and reality that cannot be hurt or influenced by society. Atwood also elaborates on the image of women as it is literally created by men. This “perfect” woman was just the torso and sexual organs of a woman; a woman who could not think or argue but only perform sexually for her creators. Circe says

Is this what you would like me to be, this
mudwoman? Is
this what I would like to be? It would be so
simple.

It would be simple, but unfulfilling—existing, but not living. Circe is eventually left by Odysseus in the myth. In effect, by Odysseus visiting her island he created her, and by leaving he destroyed her. Is this true, Atwood questions, would life cease to exist for Circe, or does it become unimportant and trivial now that the men have left?

Rich compares the contemporary woman’s verse to a blues song: “a cry of pain, of victimization, or a lyric of seduction.” She states that of womens’ poetry today is full of anger for these very reasons that are “everywhere in the environment, built into society, language, the structures of thought.” The anger has justification and seems to be a method of uniting women to take a look at the past and re-define love, and re-write what it means to be a woman.