Difference between revisions of "Avoiding Plagiarism" 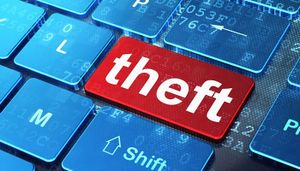 Most writers know that copying another’s work word for word without giving author credit is considered plagiarism. But they often assume that this practice is frowned on only when long passages are involved — whole pages or paragraphs. Consequently, they feel free to copy phrases and sentences without using quotation marks or acknowledgments. Actually, any uncredited use of another’s information or ideas is plagiarism whether the wording is changed or not.

Under the mistaken notion that uncredited paraphrasing is acceptable, students often reproduce sources almost exactly, changing only a word here and there. An honest paraphrase, however, is one in which the ideas of the source are stated in the writer’s own words, and it is still necessary to credit the source. The following examples show the difference between genuine paraphrase and plagiarism of source material.

Hitherto no one has found a political form that favors equally the prosperity and development of all the different classes of society. Experience has shown that it is just as dangerous to place the fate of these classes in the hands of one class as to let one nation dictate the destiny of another. Government by the rich endangers the poor; and the poor make laws that often harm the interests of the rich. Therefore, the advantage of democracy does not consist in raising general prosperity, but simply in adding to the well-being of the majority.

PLAGIARISM. By omitting any reference to De Tocqueville, the writer implies that these ideas are his or her own. In organization the paragraph follows the source very closely — same order of ideas, same number and structure of sentences. Many of the words and phrases are lifted bodily from the source without quotation marks to indicate that they are not the writer’s. In other cases, word order has been simply rearranged and synonyms substituted (found for discovered, nation for one people, adding for contributing, majority for greatest number).

De Tocqueville says that no form of government in history has been uniformly beneficial to all classes of society. He maintains that both the rich and poor, when in control of the government, pass laws favorable to their class and repressive toward the other. According to him, the virtue of a democracy is that it benefits the majority, not that it benefits the whole.

PARAPHRASE: The writer admits, both in the text and in a footnote, that the ideas in the paragraph are De Tocqueville’s. He states them in his or her own words and does not slavishly follow the source. Quotation marks are unnecessary, since none of the phrases are De Tocqueville’s.

Of course the one thing that makes The Great Gatsby interesting is its picture of the life of the twenties, but if it were only this it would be not be out of date. Instead, like the great French novelists, Fitzgerald made the particular moment a moral symbol. Gatsby, the main character, divided between power and dream, represents the American dilemma.

PLAGIARISM: This version does not reproduce the source as closely as Version A of the De Tocqueville passage; it more subtly plagiarizes the original. Again, the writer gives no indication that the ideas expressed are not his or her own. The wording, except for “divided between power and dream,” is largely original. The comparison between Fitzgerald and the great French novelists is not original, and implies a critical breadth suspiciously beyond the range of most undergraduate writers.

As Lionel Trilling points out, The Great Gatsby is much more than a record of the manners of the twenties. In miniature, Gatsby represents America, “divided between power and dream.”

PARAPHRASE: The writer credits Trilling as the originator of the ideas he presents. He also puts quotation marks around the one phrase he uses verbatim.

Retrieved from "https://grlucas.net/index.php?title=Avoiding_Plagiarism&oldid=4445"
Category:
This page was last edited on 8 September 2019, at 12:14.
Privacy policy
About Gerald R. Lucas
Disclaimers