Digital Humanities (DH) remediate art(ifacts) through a digital lens. DH stands at the intersection of art and science; it makes technology explicit in our understanding and interpretation of culture. DH makes clear that the humanities and technology are inseparable. It calls our attention to form and function as it rearranges the traditional atoms of humanistic study into remixed bits for our consideration and play. 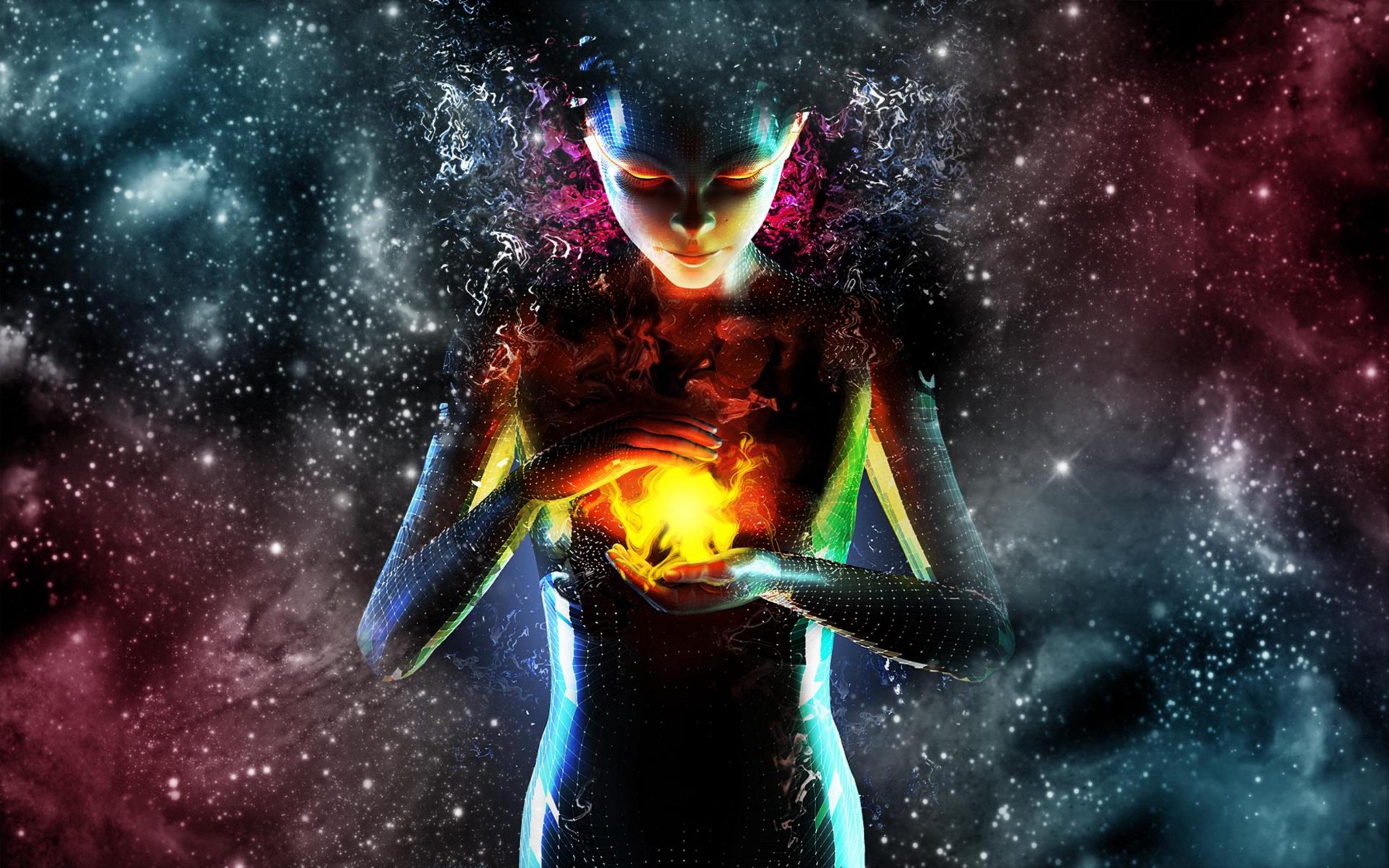 Humanists of print culture are academics, researchers, writers, teachers, and critics. Their main tool is language, inscribed on the pages of journals and books. Their club was exclusive: professors with Ph.D.s building a canon of knowledge through years of research, nuancing and debating their analyses and interpretations in the pages of peer-evaluated manuscripts printed on dead trees. They are the focused experts creating a more profound and subtle understanding of human expressions. The humanities became a cathedral of sorts ensconced in the halls of the world’s universities. Their sacred duty was to decide what to pass on; what human artifacts were deserving of our consideration and attention and which were not. These are the keepers of the canon, and the chief technology driving their efforts became the standard symbol and medium in the fifteenth century: the book.

Digital Humanists come out of this tradition. They are academics, amateur experts, researchers, writers, facilitators, curators, and hackers. Their main tool is still language, but includes a subtextual language that writes digital media: code. These humanists are also experts, but they invite participation from all who have a passion for collaboration, regardless of expertise, background, formal education. Digital Humanists are aware of the importance of media in shaping our understanding of the world and our place in it, so work here is defined by the content and the technology that shapes it. They work in an incunabular transition from print to digital, where the rules have not been fixed or agreed upon. The Digital Humanists bring their past with them into the digital, looking at the artifacts of the past through new digital techniques. All voices are potentially valuable in Digital Humanities, and its tool is the universal machine that allows these threads to be represented, remixed, and read in new ways: the computer.

Practitioners of the Digital Humanities are both scholars and hackers. They have an interest in the academic analysis of cultural discourse, but this analysis is supported by digital approaches rather than those of paper. Here, I outline five integral characteristics of DH in theory and praxis. I don’t mean for this to be an exhaustive definition, nor will it ever be complete. Consider it a way in.

The Object of Design

One of the chief questions in DH is one of design. DH considers content the data to be ordered, accessed, and analyzed by the system. In other words: DH strives to create the best containers to shape the content: making data into knowledge. Whereas the book had chapters, indices, tables, sections, etc., the digital medium is much more diverse in its capabilities for building knowledge. These digital objects are oriented toward action.

Perhaps the most important question for DH, then, is one of technological configuration. Just what does the object of our study look like in a digital paradigm? The paper paradigm made the content fit the container (the book), but the digital can make the best container for the content.

Stephen Ramsay states that “DH is mostly about building things.”[2] Here, he admits that this statement is more accurate when discussing the first wave of DH, or “Humanities Computing,” than it is about wave two, what we now refer to as “Digital Humanities.” It’s accurate to note that HC was characterized by large projects that usually analyzed the quantifiable aspects of texts (see Unsworth), while the second wave refocused back to the qualitative analyses of texts, even while expanding our notion of textuality. Evans and Rees explain that the former approaches the humanities in a more objective, scientific way — using new media to find new ways to study and interpret the humanities; while the latter seeks ways to use software to access, report, and interpret the world itself.[3] David Berry states that HC was primarily a support service, creating infrastructure and digitizing texts, while DH looks to softwarize culture.[4] N. Katherine Hayles notes that DH is a diverse field that brings the humanities beyond print culture and uses computation to produce new modes of inquiry, research, and dissemination — it bridges the old study with the new to revitalize the field.[5]

In essence, then, the biggest thing that DH builds is itself: both projects and its community of experts and what Hayles calls “amateur experts.”[6] DH explodes the traditional humanities and engages many disciplines and many levels of participants. It’s no longer about the individual scholar in his Ivory Tower constructing knowledge in isolation, but about a diverse field of academics and enthusiasts who have something to offer to both small and Big, on-going projects that ultimately inform and rewrite our views of the “human”: think Google and Wikipedia.

Knowledge now is collective, like what Henry Jenkins calls “collective intelligence”: “None of us can know everything; each of us knows something; we can put the pieces together if we pool our resources and combine our skills. Collective intelligence can be seen as an alternative source of media power.”[7] DH’s knowledge construction has implications on culture, scholarship, and politics.

Henry Jenkins defines “convergence” as the

In Convergence Culture, Jenkins goes on to argue that because of networked digital communities, “culture” is being redefined not only from the top, but also from the bottom — from the fans that have a valuable stake in the entertainment that they love.[9] Lawrence Lessig looks at this renaissance of “amateur culture” from a position of copyright in Remix.[10]

The networked digital gadget is key here, combining what used to be separate and unique media into new multimodal expressions that are formed by bits and pieces of the culture that flow through our everyday lives. Berry states that digital technologies challenge traditional forms of expression and allow users to combine information in new ways, creating new understanding and relationships to knowledge.[11]

DH is also the convergence of disciplines — not only a redefining and repositioning of the Humanities, but an interdisciplinary approach to knowledge construction that challenges traditional institutional structures and brings together expertise from various disciplines and combines them in new ways.

In DH, Hayles observes that collaboration is the rule rather than the exception.[12] Especially when considering “Big Humanities” projects, many skill sets are needed for diverse contributions, both from the experts and the amateur experts, to address varying issues from access to interface.

Participation goes beyond collaboration, however. When various groups of participants have a say in the construction of access, interface, and content, different views of knowledge are constructed. These views are no longer the proprietary domain of the “old white men”: Lunenfeld, Presner, and Schnapp state, “Digital Humanities is about convergence: Not only between humanities disciplines and media forms, but also between the arts, sciences, and technologies.”[13] This convergence depends on participation to rewrite culture: our study of it and our access to it.

This participatory culture is in the process of building a post-print model of knowledge construction — a culture built on bits instead of atoms; when “bits are bits,” argues Nicholas Negroponte, we can then decide how to use them ourselves,[14] rather than have their use and worth defined for us by a non-responsive medium.[15]

Consider the model of Code for America, a group of civic hackers that use citizens’ contributions for their communities’ official websites. Catherine Bracy states that because these government web sites are built by the citizens, feelings of citizenship are reenergized and trust in government is restored.[16] Here is democracy built on a new form of digital participation: we the people building government.

In the Digital Humanities Manifesto, the authors write:

DH challenges proprietary spaces and the intellectual property (IP) derived from them. Whereas traditional forms of culture were industriously centralized and kept under tight control in the 20th century, the digital challenged the hegemony of this system by freeing bits of IP from their imprisoning media, allowing them to be easily copied and transferred.

This new reality, Lessig shows, challenges the copyright system of IP ownership and control, essentially criminalizing a whole generation of digital natives that only want to have a voice in the digital world. What, too, are the legal implications of remediation of original texts?

So not only are there legal implications, but as Unsworth states, the cultural artifact and notions like the “original” and “genuine” come into question. Indeed what is the value of an original when it is now just represented as bits?

The digital allows users and researchers to bypass traditional gatekeepers of knowledge and culture.[18] When anything can be digitized, access becomes less of an issue, but organization and design must be considered even more closely.

When DH reconfigures our relationship to culture by challenging our traditional relationships to knowledge and its construction, we might encounter moments of high anxiety in considering just what, in Toni Morrison’s words, “to pass on.”[19] I’m reminded of Eliot’s line from The Waste Land, as the narrator emerges from the destruction of the past, he observes: “These fragments I have shored against my ruins.”[20] Sometimes in the sheer glut of blogs, tweets, advertisements, texts, and social media vying for our attention, it’s difficult to know what’s important, just what we should pay attention to, consider further, and what to discard.

To me, this is part of how teaching and learning are changing in the digital age. If DH challenges traditional hierarchal structures and therefore redefines the roles of teacher/student, expert/amateur, and other assumed dichotomies, then what exactly is the role of the teacher in this brave new world? When the devices we carry in our pockets give us almost instantaneous access to a bulk of humanity’s knowledge and expressions, it seems to me that the teacher’s job is to help students make knowledge from all that information. When educators begin to curate their own archives, the digital classroom becomes a place of hands-on engagement with “the material remains of the past” in order to use them to build the knowledge of the future in a rich, multimodal environment.[21]

The scholar/teacher becomes the custodian to channel, filter, and organize content into new patterns and links that students can take and remix, mingle, and use to build knowledge of their own. New literacies will become necessary: DH might teach programing so students may construct software of their own to manage and pattern content in novel and creative ways.

We can’t help but notice that the digital changes everything. In The Age of Spiritual Machines, Ray Kurzweil writes:

This passage has always resonated with me, since I first read it in 1999. How is digital culture changing the “human”? Are we losing our traditional humanity in our zeal for technological progress? Are we, like Dr. Frankenstein, so enamored with technology and what it can do, that we are forgetting to consider if we should even do them, as Bill Joy warns?[23] Our world is different from any we’ve known in the past, so how does this change our perspectives of the world and our places in it?

I think this is why DH is so important. It carries on the traditions of the liberal arts and will keep us honest and thoughtful and critical of this new world. The “human” has always changed as technology changed, and the humanities gives us tools to decide how we want to define ourselves as we grow increasingly digital.

Retrieved from "https://grlucas.net/index.php?title=Defining_Digital_Humanities&oldid=5593"
Categories:
This page was last edited on 1 January 2020, at 12:29.
Privacy policy
About Gerald R. Lucas
Disclaimers