The Minuet of Macho

Norman Mailer’s 1959 short story “The Time of Her Time” shows his Hipster at work, but has fun with him at the same time. 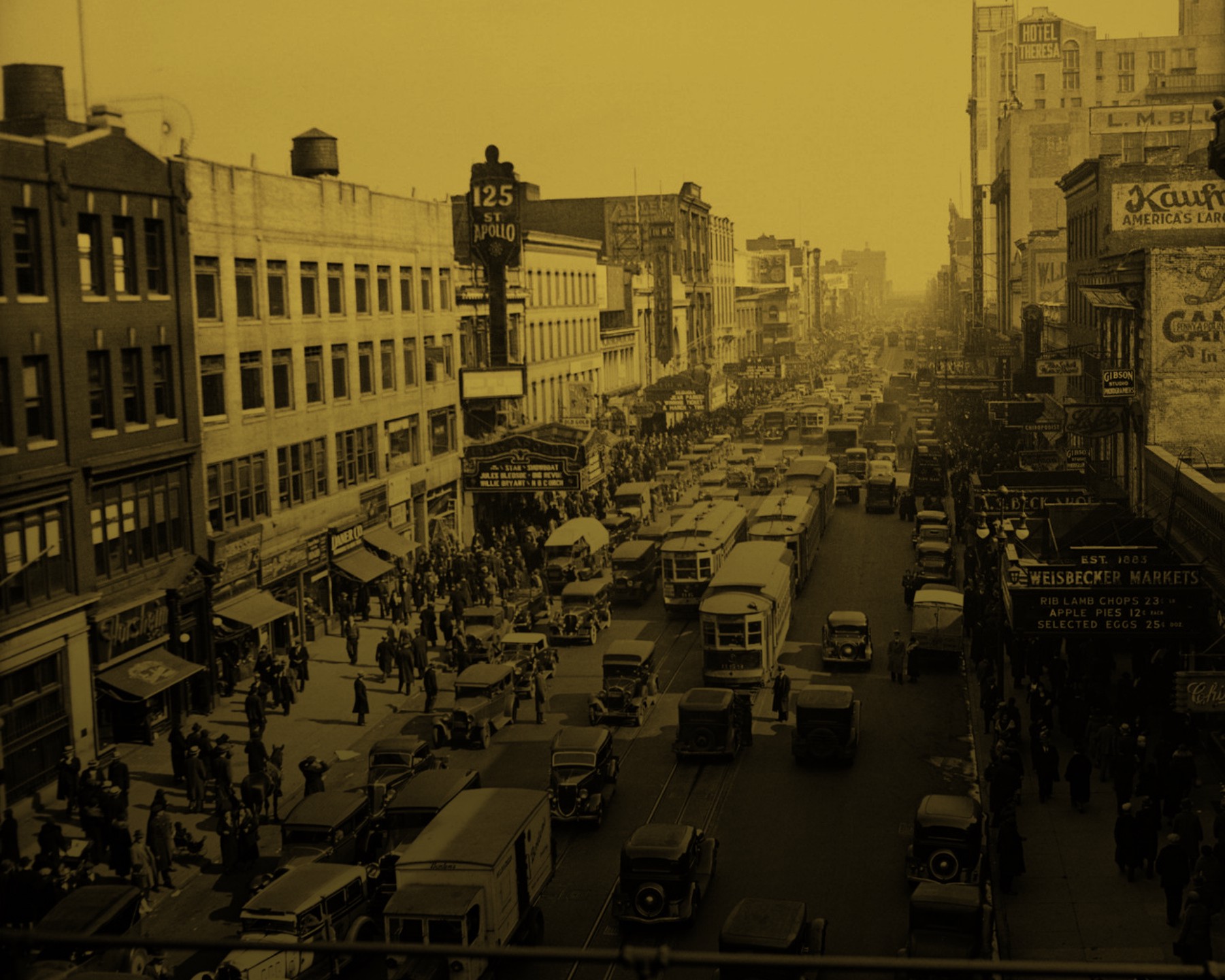 Mailer’s prose has certainly changed since his first published short story “The Greatest Thing in the World” (1942). He is still interested in some similar themes, but “Time” is much more stylistically and thematically challenging. Whereas Al Groot’s actions can often be ascribed to a survivalist instinct, “Time” presents a more mature and nuanced Mailer and an equally more capable protagonist.

In “The White Negro,” Mailer argues that psychoanalysis represents part of the problem in this time of conformity and depression.[1] In his Village Voice column two, he states that psychoanalysis only adds to a society that is a “retarded expression of mankind’s previous and collected experience.”[2] The Hipster must be a “psychic outlaw” who eschews sublimation and embraces the psychopath within.[3] He must avoid the “tranquilizing” effects of psychoanalysis that diminish our “most interesting qualities and vices.”[4] The goal is to give “expression to the buried infant in himself” and to “remake a bit of his nervous system” which frees him to seek “an orgasm more apocalyptic than the one which preceded it.”[5]

This, arguably, is Sergius O’Shaugnessy’s goal in “The Time of Her Time.” However, I would argue that his desired outcome remains dubiously successful.

The story is broken into two uneven chapters: the first is in October and has Sergius arriving in the slums of Manhattan’s lower-east side, setting up an apartment, and marking the neighborhood with his scent. The second set six months later in the spring and centers around his involvement with Denise Gondelman, a nineteen-year-old student of psychoanalysis (I suppose, since it’s this characteristic that dominates. Indeed, even her shrink Stanford Joyce is a major influence, but he never actually appears in the story.) Serquis is a bull-fighting instructor (in Greenwich Village!), so it seems as if Mailer uses chapter one to set him up as the machoman Hipster before introducing Denise, the character stifled by society and who must be shown her true self. In this sense, Mailer is also setting up his audience, members of the same tranquilizing society who have certain expectations from him and his fiction, especially one that so obviously alludes to Hemingway via the bullfighting. Serguis is the macho man hero protagonist, and he must save the repressed and frigid Denise Gondelman by giving her an apocalyptic orgasm. Simple. 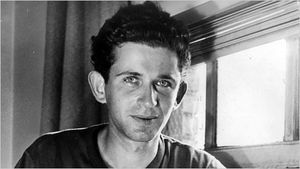 Mailer writes this story in first-person, and it probably wouldn’t have worked as well in third. He wants us to sympathize with and support his protagonist, like we are trained to do when reading a first-person narrative. Mailer even devotes two pages early in chapter two to Sergius’ “sexual saint” narrative, and he has us convinced that he treats women well at the same time we see his womanizing: they mean as little to him afterward as a fly drowning in some spilled coffee. His actions tell another story, so Mailer seems to hint that he’s not totally reliable.

I’ll allow myself one example, though there are many: Sergius calls his penis “the avenger.” This is an easily overlooked and seemingly trivial bon mot. However, it needs to be asked: what is it avenging? Who is getting paid back for what? Interesting, too, that this links sex with the idea of payback for him—a revenge, or getting even. One time I heard some dude while leering at a girl who was paying him no attention: “man, she needs a good hate fuck.” Could “the avenger” be the weapon of a misogynist done wrong by Women? What great wrong does his penis set right?

The contention in “Time” seems to be between the supposed exemplars of the Hipster (Sergius) and Psychoanalysis (Denise). The latter seems to be a creature of the mind which stifles her ability to feel and ultimately achieve satisfaction in sex (yes, it’s that cliché). Sergius, while clever with language, is a man of the senses: a bullfighter, a handsome aficionado, a sexual god. He does what he wants, it seems, but in calculated ways. He understands his environment—evident by his deliberateness in the cafe with Charley Thompson—and moves in that jungle like a beast born there. In his realm, he is king, and Denise is the alien in need of local domestication. In his world, he is the bullfighter, and Denise is the bull.

However, what Sergius doesn’t seem to see, but what the perspicacious reader might pick up on, is that it’s really Denise who plays the matador, and Sergius the beast. Mailer gives us plenty of textual hints, all revolving around her final pronouncement: “your whole life is a lie, and you do nothing but run away from the homosexual that is you.”[6]

There are likely many more examples than I give here, but these stick out to me. Sergius describes Demise in masculine terms, even suggesting that she might be a lesbian; she had an “ugly New York accent,” small breasts, and the “flat thin muscles of a wiry boy.”[7] During their first sexual encounter, she sticks a finger in his posterior, arousing him once again from his refractory state.[8] She runs sexual marathons, seems forever angry, and plays the aggressor: “When I kissed her she answered with a grinding insistence of her mouth upon mine, and a muscular thrust of her tongue into my throat, as direct and unfeminine as the harsh force of her voice.”[9] She shows up on their last night together with short-cropped hair and smelling like her boyfriend. This excites Sergius so much, he ejaculates prematurely. There’s one other example that sticks out, but I’ll let you discover that one for yourselves.

The title seems to refer to Denise’s achieving orgasm: as in it’s about time she did. However, it could also refer to the fact of her victory over Sergius and his realization of it. Indeed, how else can we read the final line: “And like a real killer she did not look back, and was out the door before I could rise and tell her that she was a hero fit for me.”[6] Perhaps it’s less the fact of her win, but more Sergius’ realization of her now heroic status. Indeed, this reflects an earlier sentence where Sergius foreshadows her victory: “this new chick had been a mistake”—a statement made less in the harsh reality of morning, but more upon their later experiences.[10]

It’s difficult not to (psycho)analyse “The Time of Her Time,” perhaps to Mailer’s amusement. Even if Denise is correct about Sergius, it seems to matter little to Mailer’s Hipster, for he’s always on the search for “new kinds of perception.”[11] Denise and Joyce’s “fact” about Sergius is only a fact in terms of psychoanalysis, not existentially where those labels remain insignificant. Indeed, Sergius is able to make Denise orgasm—we have to take his word for it—a little victory in his world. She, too, is also able to claim victory in hers. They part with mutual respect (this might be a stretch in Denise’s case), much in the same way Sergius takes his leave of potential adversaries at the end of part one:

Perhaps Sergius believes his minuet of macho ends with Denise in a similar way: a draw.

Retrieved from "https://grlucas.net/index.php?title=The_Minuet_of_Macho&oldid=11474"
Categories:
This page was last edited on 24 July 2020, at 07:13.
Privacy policy
About Gerald R. Lucas
Disclaimers