Difference between revisions of "The Heroic Ideal"

Determined by the culture that produced the literature, especially the epic, the heroic ideal represents the aspects of an epic hero that the culture upholds as representing its cultural ideal. Thus, while the hero represents a particular culture’s ideal located in place and time, much of how we currently observe as heroic is born of characteristics that many of these ancient heroes exemplify. 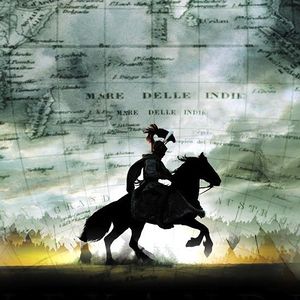 Much of the heroic ideal seems to be in how the culture defines human and the hero’s relationship to humanity. For instance, Gilgamesh had to learn that he is part of a culture, and to be a good leader, he must learn to value others’ lives as much as he values his own, or that of his friend Enkidu. Achilles, much like Gilgamesh, only learns this lesson when his friend Patroclus is slain by Hector in battle. Hector pays for this with his own life, and Achilles dies soon after. When Odysseus encounters the shade of Achilles in the Underworld (book 11 of the Odyssey), the latter laments that he would rather have been a humble part of humanity than to be known for his personal feats in battle. There seems to be, then, a bittersweet quality to the hero:

A hero, out of necessity, must represent the heroic values of its culture at a time of national importance or crisis, but because he must stand apart, he often laments his own inability to connect with the people he must save.

Odysseus also stands apart, but must learn to value others, like Elpenor, who are sacrificed in order to make Odysseus the hero (cf. book 10 and book 11). Odysseus, like Achilles, relies on his own abilities, and therefore does not trust anyone else fully. Perhaps Odysseus, had he shown more trust in his crew, would not have wandered the Mediterranean for 10 years after the fall of Troy. Yet, Odysseus’ intelligence and wiliness are characteristics that the later Homeric culture seemed to regard highly.

Many cite this as Odysseus’ flaw, like Virgil and Dante. In the Aeneid, Ulysses is seen as a loner: one who might be solely blamed for the fall of Troy. He is duplicitous and conniving, only out for his personal glory. Virgil upholds pietas as the Roman heroic ideal: an ideal that emphasizes the eschewing of the hero’s personal wishes to favor instead the good of his community. Aeneas gives up his personal desire for Dido so that he might fulfill his duty to his people: the founding of Rome. The pilgrim Dante, too, becomes a scapegoat for Italians at the end of the middle ages; in The Divine Comedy, Dante suffers through Hell and Purgatory in order to show his people the way to Paradise.

Similarly, the Anglo-Saxon epic Beowulf emphasizes the ideal of comitatus, a solidarity or allegiance between a warlord and his band of noble warriors: each agree to defend the other with their lives. Yet, while similar to Virgil’s heroic ideal, Beowulf’s also emphasizes personal achievements and glory in superhuman feats that will be remembered in song, like his defeat of Grendel and his mother, and later the dragon.

Retrieved from "https://grlucas.net/index.php?title=The_Heroic_Ideal&oldid=2113"
Categories:
This page was last edited on 14 January 2019, at 18:30.
Privacy policy
About Gerald R. Lucas
Disclaimers