Having finished Kafka’s The Metamorphosis once again, I find that familiar, uncomfortable feeling about just what to make of it. I enjoy Kafka for his unequaled mélange of stark reality mixed with a tinge of the allegorical, metaphysical, and supernatural. His writing cannot be classified accurately as magical realism, but it has the same —if not more intense —disarming characteristics that elicit confusion, as if the Twilight Zone has ruptured mundanity and is treated as just another aspect of that normal, everyday life. Not quite a tale of the supernatural, nor a unified allegory, nor a tale of the quotidian, nor a journey through the psychology of the characters, The Metamorphosis, like most of Kafka’s other writings, cannot be interpreted in a new critical manner. We must be comfortable with our discomfort, with our inability to neatly tie this piece up in one pretty bow. 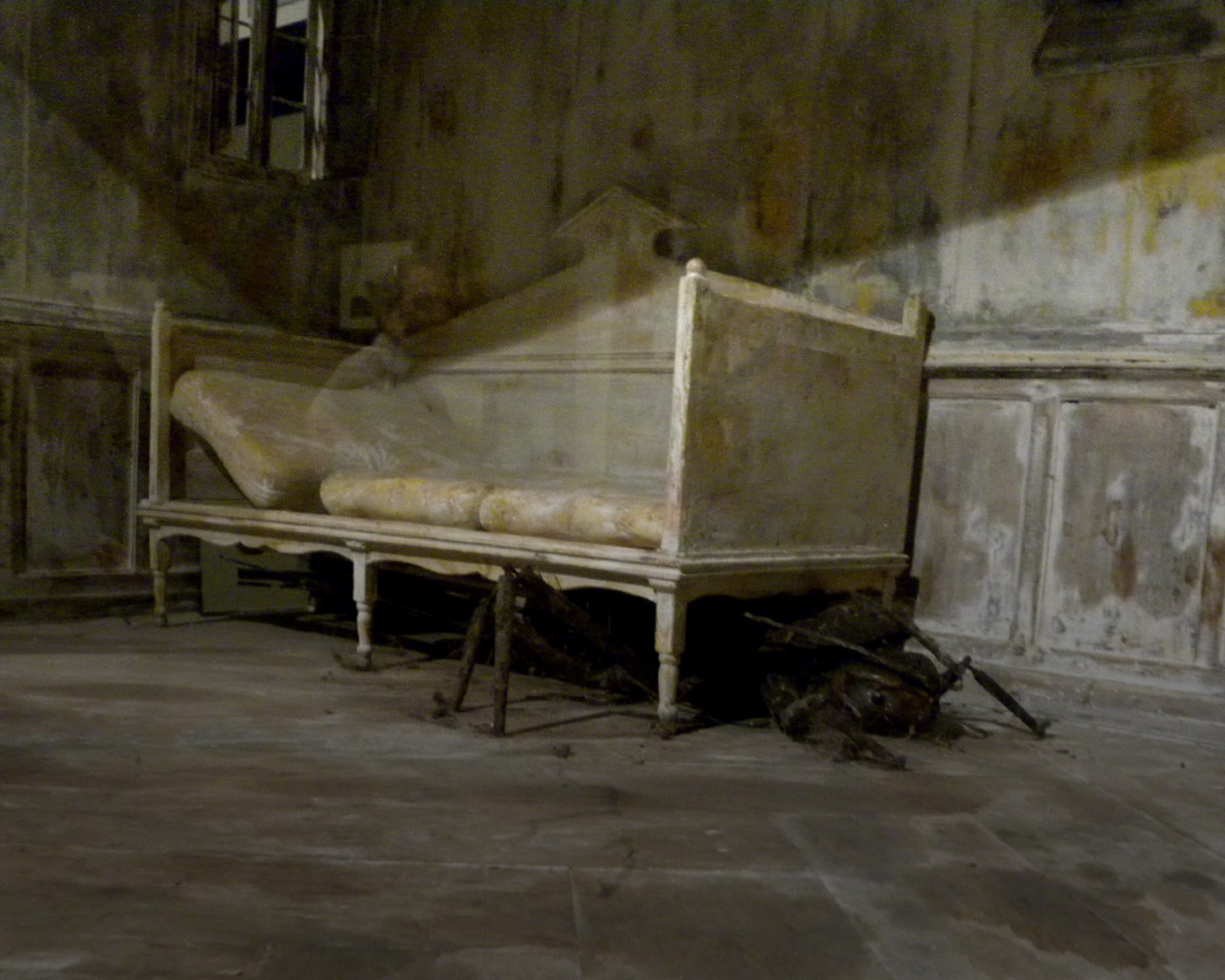 Like Ovid’s Metamorphoses, Kafka’s novella seems to deal with the capricious desires of its characters. Yet, while privy to the minds of the gods’ in Ovid, we get no such honor in Kafka’s work —just the opposite in fact. While Ovid’s work provides reasons why bad things happen to people, Kafka's shrugs its shoulders as the seemingly quixotic vicissitudes of nature as if to say, Yes, weird shit happens, but you'll never know why, and you'll just have to deal with it. This is just the situation that Gregor Samsa finds himself in when he wakes up to find he has been “transformed into a monstrous vermin.” Take that!

Rather than asking the obvious question —how did this happen? —Gragor instead on the aspects of his life that had held order and comfort for him up until this point: the framed picture of the woman, his job and how he will disappoint the authority figures, and the weather. It would seem that these considerations would be secondary considering his recent metamorphosis; however, they continue to occupy the forefront of Gregor’s concern. The only distractions from these thoughts are when he tries to move, but his new body gets in the way. He moves awkwardly and speaks through hisses and squeals that sound like an animal’s. The authority that had ordered and directed Gregor's life up until this point has no influence on his current situation. This change is a disruption with no apparent cause, only the current reality of that change holds significance, as the news of bad weather or a boss’ admonishment.

One important theme that runs throughout The Metamorphosis concerns the shifting influence of authority and power. Up until his change, Gregor had been the sole provider for his mother, father, and sister. His job as a traveling salesman not only supported their daily needs, but also worked toward freeing his parents from some undisclosed debt to Gregor’s current boss. While we might be sympathetic toward Gregor for his ostensible good will, hints that his actions do not free, but imprison begin to become apparent. For instance, his father had not worked for five years, and during that time he had “grown very fat, [and become] very clumsy.” His mother, too, had developed asthma and found it difficult to even walk through the apartment. They sit around the apartment all day, while Gregor works to feed them. At first glance, it might seem that Gregor is fulfilling his filial obligations by providing for his infirm parents; however, after Gregor’s metamorphosis, the father gets a job and becomes a new man in his appearance and demeanor, so much so that Gregor does not recognize him. It seems that Gregor's sense of duty has inadvertently been the cause of the father's decline. When forced to work for himself, he even regains his name: instead of “the father,” he has become, once again, “Mr. Samsa” carrying with it all the weight and authority of a patriarch. Similar metamorphoses happen to the mother (later “Mrs. Samsa”) and Grete. Even Gregor’s intention to send Grete to the conservatory to study music, without consulting her or his parents about their desires, speaks of his control over them, making them virtual prisoners to their philanthropic jailer.

When Gregor finally dies, the end of the novella is bright for the new Samsa family. They seem to have regained their sense of self-worth in their new-found independence. While certainly we are meant to identify with Gregor, we can't help but notice the sunlight outside the apartment for the first time in the story. Like a family caring for a dying member, there is sadness, but also a sense of relief when the sick person finally passes.

This story, however, is not The Death of Gregor Samsa because of the sheer lack of human psychological considerations about life and death. Throughout the story, Gregor becomes increasingly an animal, and less human, perhaps providing a figurative meaning for his metamorphosis: he always was an insect. His room begins to stink, so much so, that Grete needs to run and open a window before she can begin tidying up. As Gregor gets used to his new body, he revels in its concomitant abilities: the speed of his stick-like legs, his ability to creep over the walls and ceilings, and his penchant for hiding in corners and under the couches. His sister seems to understand that Gregor would be happier if she removed the furniture that obstructs his crawling, and he seems all for it. Yet, as the mother points out, this furniture is all that they have left of the human Gregor: if it were to be removed, perhaps his chances for ever returning would be decreased. At that consideration, Gregor begins to cling to his waning humanity, causing him only more pain, like a dying man clinging to an ebbing life. 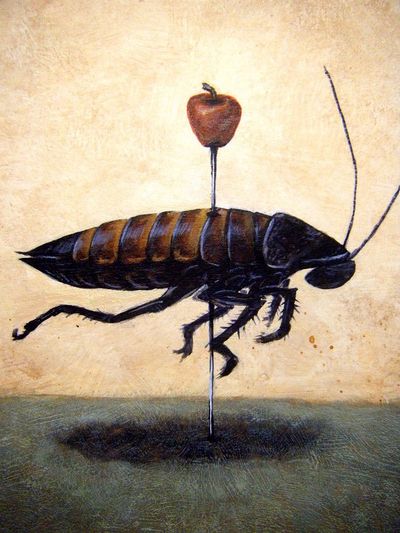 Yet, Kafka seems to want the reader to sympathize with Gregor, not hold him in contempt or horror. Gregor becomes increasingly alienated, but is able to eavesdrop on his family's conversations, watch them through the cracks in the door, and continue to long for the times when he could play an active role in their lives, rather than constant burden. In an effort to guard the photograph he cut from a magazine and saved —perhaps a pathetic symbol of an equally pathetic life —he “escapes” his room, frightens the mother and his sister, and has to be punished by the father, who fatally wounds him with an apple, itself perhaps recalling the apple from Genesis that caused the fall.

Gregor’s last effort to regain a connection with his family comes when he is drawn to the music from his sister’s violin. Like a beast drawn to the hypnotizing allure of music, Gregor approaches, insulting the boarders, frightening the mother, and enraging the father. He imagines his sister living with him in his room, playing to make him happy, while he guarded her by “hissing at attackers”—“He wanted to keep her there and never let her out, at least not in his lifetime.” This sentence is perhaps a synecdoche of the theme of imprisonment and Gregor’s power over them all. His success, his advice, his declarations —everything that he believed allowed his family to live a “quiet life . . . all prosperity, all contentment”—were only shackles to keep them under his control.

While all this sounds sinister, the true irony is that Gregor never even knew that he was his family's jailer, not their emancipator. Kafka only hints at this—like Gregor’s room being in the center of the house, the fuss his whole family makes when he misses his train at the beginning—but the end shows their “future prospects . . . were anything but bad.”

I guess the true difficulty with this novella is the unanswered question about how to live. Surely Gregor believed that he was playing the role of the good son and brother, yet it’s just this role that imprisons both him and his family. As always, Kafka is reticent about providing answers, much like at the end of his famous parable “Before the Law.” How do we make decisions in the midst of an order we do not and cannot understand? The scary thing about Kafka’s vision of the universe is that it is ordered, perhaps much like Ovid’s, yet the caprices of the gods always remain a mystery to us.

Retrieved from "https://grlucas.net/index.php?title=On_Kafka%27s_Metamorphosis&oldid=12320"
Categories:
This page was last edited on 29 August 2020, at 07:13.
Privacy policy
About Gerald R. Lucas
Disclaimers