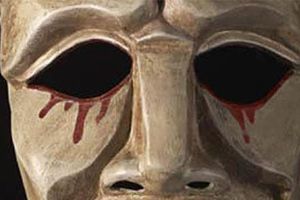 Oedipus Rex is based on a legend deeply rooted in the cultural identity of Athens. The myth of Oedipus contained a historical and religious authority based on the cultural values of an oral tradition. It concerns the relationship between humans and their gods and, perhaps more importantly, primal hopes and fears that unearth a terror and despair normally buried in human consciousness.

Sophocles (ca. 496-406 BCE) lived in an Athens advanced in power and prosperity: a time of reevaluation of tradition and new intellectual standards — a critical and rationalist movement, confident in the power of human intelligence. He took an active role as a citizen and politician, dying two years before Athen’s surrender to Sparta. Oedipus the King was a later play, probably produced sometime after the start of the Peloponnesian War, 431 BCE.

Oedipus is a typical Athenian who commits the most egregious of human taboos: incest and patricide. Within the character of Oedipus are both the faults and virtues of the Athenian people. Some critics suggest that Oedipus might be a warning to Athenians that have ushered in a new era of intellectualism. Traits:

Dramatic irony: the gap between the one meaning known by the audience and the other known to the players:

Oedipus falls because of the man that he is, not through some random event in nature or fated outcome. His self-discovery comes at a huge cost: his own destruction. Although the oracle predicts what Oedipus will do, it does not determine the latter’s actions. Oedipus has erred in his faith in human intelligence; there are powers in the universe that are beyond our control and our understanding.

Aristotle mentions Oedipus eleven times in his Poetics. Aristotle’s obvious favor of Sophocles’ play suggests that it is the measure of all tragedy.

Jocasta and Oedipus in a 2017 production.

First song sung by the chorus.

A stationary song, composed of strophes and antistrophes and performed by the chorus in the orchestra.

Oedipus the King and Oedipus at Colonus

Oedipus the King and Oedipus at Colonus are two tragedies by Sophocles (430 BCE and 406 BCE, respectively).[1] The fatefully tragic story of King Oedipus is one of the great legends that Western culture has inherited from ancient Greece. Not only has it penetrated into the legend and literature of all ages, but it has left its mark on the psychoanalytic theories of Freud. The term “Oedipus Complex” (meaning an unnatural love for one’s mother) has become as widespread and common to modernity as the ancient legend must have been to the old Greeks.

Sophocles was not the only Greek poet to create a tragedy from the Oedipus story; both Aeschylus and Euripides treated this material in dramatic form. It is, however, Sophocles’ version that we know today.

Oedipus the King is often claimed as the greatest of all Greek tragedies, for its action rises in one great crescendo, making it a drama of extreme tension. As in Antigone, Sophocles allowed one single person—King Oedipus—to rule the action, thereby unfolding the whole measure of a tragic fate to his audience. The profoundly human value of this tragedy lies in the fact that Sophocles does not, like his predecessor Aeschylus, treat the crucial events of the story (King Oedipus’ murder of his father and his marriage with his mother) but rather deals with the even more terrible after-math: the gradual disclosure of dreadful deeds performed in ignorance. Sophocles shows a true sense of the dramatic when he presents Oedipus in the act of learning about his guilty deeds rather than in the act of committing them, for the tragedy lies in the hero’s knowledge of his guilt rather than in the guilt itself. Thus he catches man in a situation capable of revealing the essence of his being, the duality of his nature wherein his strength and his weakness contend with each other. There is an element of the sublime in Oedipus as he first suspects and then realizes what the outcome of his investigation will be and yet insists in pushing on to the full truth and the full proof.

To Sophocles, man has become an emancipated individual with a free will who cannot excuse his deeds by blaming Fate, the gods, or oracles. Reason is thus man’s highest possession and greatest power. Yet in Oedipus the King Sophocles shows how man’s strength may become his weakness. The more assiduously everyone, including Oedipus, tried to prevent the fulfillment of the terrible oracle—that Oedipus was destined to kill his father and marry his mother—the sooner its fulfillment was brought about. Every step of investigation draws the net tighter until man is finally caught in it, helpless within the clutches of fate and his own incorrigible deeds. This drama is essentially a symbolic portrayal of the thorny path a human being must tread until one gains insight into the nature of one’s own being and one’s place on earth.

When Oedipus realizes his own helplessness and incapacity against the oracle of the gods and the visionary power of the priest, he deprives himself of his eyesight, an act which has a deep symbolic undertone. For having once believed his own insight superior to the revelations of the blind priest, Oedipus finally has “nothing beautiful left to see in this world” and thus desperately deprives himself of his own power of vision, a vision that was, however, flawed.

Oedipus the King ends with Oedipus’ acts of contrition, his self-inflicted blindness and eventual banishment from his country. The ancient spectator might have felt that the time had now come for the gods to decide whether to redeem him or to condemn him. Sophocles in Oedipus at Colonus, like Goethe in Part II of Faust, completed his story after an interval of many years. Both poets were near the end of their lives (Sophocles was approaching his 90th year) when they brought to a conclusion the dramatic struggle of their heroes.

The play of Oedipus at Colonus is a beautiful lyrical postlude to both the poet’s and the hero’s stormy life. As the desolate and blind Oedipus rests from his wanderings in the grove of the Eumenides, tidings of a new oracle arrive: he will be sought after “to bring salvation to the Theban race” and his person, both in life and in death, will be of sacred importance. Oedipus, however, refuses aid to both factions (represented by Creon and Polynices); he wanders to Athens to end his life in the place predicted for his death. Thunder and lightning, signs predicted by an earlier oracle and understood by him alone, bring about a miraculous transformation in Oedipus: proud and erect, the once blind and humiliated sinner guides the others, who are stupefied, to the place appointed for his grave. There he dies, in mysterious splendor.

The following questions should help you begin thinking about the major themes, characters, and ideas in the primary text.