I Spoke Too Soon

I’m really tired of being treated like a criminal.

When are these big companies going to learn: the more they try to break my digital devices, the faster they will lose? The more they try to control their digital content with DRM, the more they damage themselves? They might be able to keep their content safe from those of us who wouldn’t steal it to begin with, but not from the real criminals. So what do they do? Yep, treat us all like criminals.

My iPod is broken. My Apple TV is broken. My DVD player is broken. My Wii is broken. My TiVo is broken—even after Cox spent an hour at my house yesterday installing the CableCARD. I knew before he left that I would have trouble with these stupid cards. And not 24 hours later, I no longer get a digital TV signal to my TiVo. Why do I even need a CableCARD? Right: I’m a criminal.

I know it’s probably not really the companies; Apple, Nintendo, and Cox have to appease the conglomerates that own the content. Thus, we have broken stuff. I can’t copy music from my own iPod. Why? I can only use my iPod Shuffle with one computer. Why? Don’t even get me started about the ridiculous constraints on the iPone. The list gets longer and broader everyday. Why? It’s obvious: we’re all criminals. 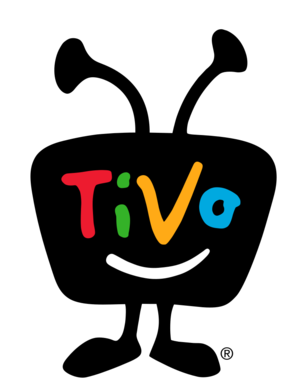 So, I spoke too soon when I said we were TiVo people again. I’m thinking this is the way that Cox will operate with these cards: make the CableCARD so inconvenient that we just say forget it, and get the substandard Cox DVR back in our living room. Yeah, sometimes channels would just drop out; yeah, it’s too stupid to know that it just recorded the same episode of the same show an hour earlier; yeah, it occasionally gave a cryptic “recording error” in place of what was supposed to be the latest episode of The Office. But at least we didn’t have to deal with CableCARDs and the ridiculous electronic gatekeepers of the Cox customer service line when they malfunctioned.

Like many Republicans consider the government, so these corporations consider us customers: a nuisance. They treat us with disdain, ironically not seeming to realize they need us (maybe that’s debatable). Granted, I wasn’t really nice to the girl “helping” me tonight (I’m sorry for being jerky), but I was annoyed at the many measures they undertake not to talk to me: “listen closely to the choices, since our menus have changed”; “enter the last four digits of the primary account holder’s social security number”; next menu: “press 1 for…”; next the AI who “wants to ask me a few questions”; after battling with it for several minutes (when has a telephone AI ever been helpful?)—a person—maybe. Then, the next series of questions, beginning with the last four digits of my social security number, even though I entered it above. By the time you get to talk to someone, you’re already frustrated. And they are never able to help. Ever. “We’ll have to schedule a technician to come out. How’s three weeks from now?”

OK, I’m ranting. I’m also TiVo-less and HD TV-less. Worse things have happened. Maybe I’ll read that Norman Mailer novel I’ve been meaning to get to. At least I don’t need a CableCARD to read a novel.