Finally! We have air conditioner again. We had to have the entire HVAC system, including ductwork, replaced. In a heat wave no less. $20K and a week later (ouch!), the house is finally cool again. I have been hot and exhausted all week, but I awoke pleasantly refreshed this morning comfortably in my own bed. I hate the cost, but c’est la vie, I guess. There’s always something. 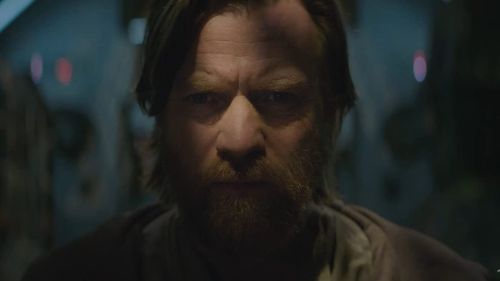 AS the house cooled, I caught up on Obi-Wan Kenobi. I have a man crush on Ewan McGregor, and he is great in this series. I only regret that it’s six short episodes and that it will only be one season. It’s a lot of fun in a cheesy Star Wars sort of way. The series feels more like a long movie than it does a television show, as it follows a long narrative arc that seems to mirror the the prequels and original trilogy. The echoes and allusions are well done; this is a love letter to us long-time fans. And the young Leia is great. One more episode to go; I’m excited and bummed.

I’m trying to get caught up on my teaching responsibilities, since I returned on Tuesday. I made my most progress this morning—mostly on World Lit, but I have more to do. Packback is working pretty well, though the interface is a bit clunky in some respects. The good part is that I have been having regular meetings with one of their representatives, so I feel like my comments and suggestions are being taken seriously and might actually show up in subsequent updates.

I’ve been re-reading Sheri Tepper’s The Gate to Women’s Country, but it’s not as engaging as I remember. I don’t dislike it, but but it seems a bit more ponderous than it did when I first read it. Maybe that’s the point? Tepper’s vision of gender relations is pretty grim, but in all honesty, one that seems even more apt today with women’s bodily autonomy in question, with corporate greed destroying the environment, with a slow-moving coup that seeks to end our already tenuous republic, and with male aggression at an all-time high. Maybe that’s why I’m finding the book more difficult now: it resonates more loudly today and its cynicism about the human animal seems even more accurate. Looking at my reading list, it does seem that I have chosen pretty dark novels this summer. Hm.