It appears as if Wednesday, Thursday, and Friday mornings this semester will be occupied with grading. I have more online students this semester than I have ever had at once, and that takes a lot of time time to manage. I received a pretty nasty email from a student first thing this morning. As I read the invective, I could only stare wide-eyed for several minutes. It was nasty, accusatory, and blame-filled. Students emails get more brazen as they get sloppy and familiar. I wish I did not have to check email right away. I remember the good old days before email where I would get up, have breakfast, and read part of a novel. Or literary theory. Or whatever. That was nearly thirty years ago. I remember being so excited to get my email account; how naive.

Well, I did manage to get some grading complete, but man do I have a lot of students. The nasty email was a result of an assignment that a student could not submit because he missed the deadline. When I said he missed it and should begin his work earlier in the future, he lost it. You would think I insulted his mother. There should be consequences for that sort of outburst. Instead, I rewarded him and the other handful of student who missed the deadline by opening up the assignment for a day. What is wrong with me? It seems students don’t like me whatever I do, so why not be strict? The easier I get, the worse I’m treated.

Some students are terrified to talk with me. I’m not sure where they get the idea that I’m an ogre, but once they overcome that fear, they are usually happy they did. I even switched to D2L hoping that would mitigate some of the complaining, but it hasn’t. If anything D2L makes it easier for me to be less-flexible. LOL.

I took a couple of shots with the Industar 61 2.8/55 this afternoon. My friend Ernest is planning to buy a digital Leica rangefinder, so he and I have been talking inexpensive lens options, of which there are many. I touted the Industar 61 and the Jupiter 8. I know: there are many others. Here’s a shot of Henry at work. 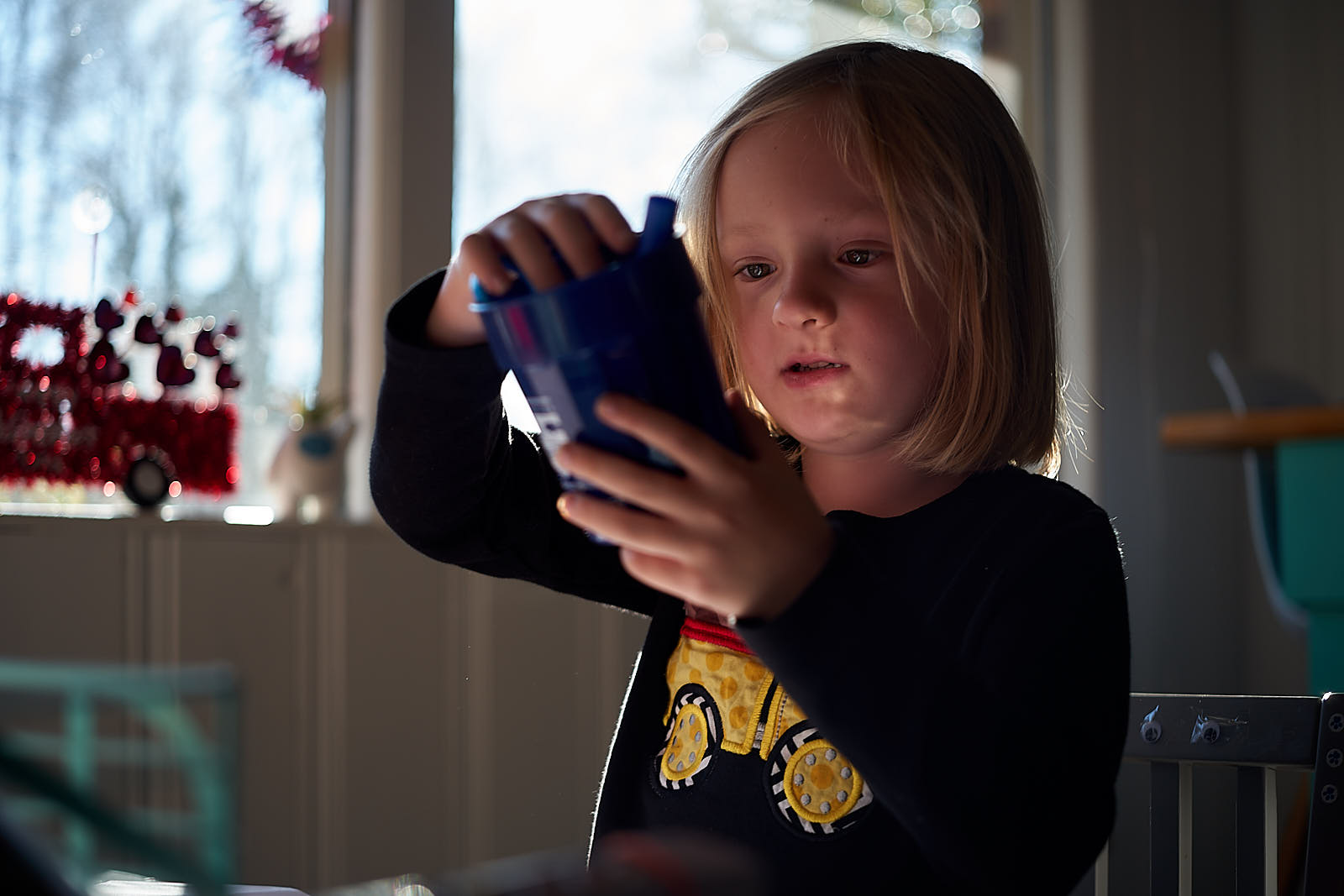 I suggested that he get a Leica M8, but he is apprehensive about its age, and rightly so, I guess. I’m not sure I would worry about it, if it were not my only camera. I found a nice one on eBay with a low shutter count and a couple of batteries for $1400. It’s got a 1.3x crop, but a beautiful CCD sensor. It’s also only 10 megapixels, but that’s plenty really. Man, I would pick up that up in a minute, if I had the cash. An M8 would be a perfect complement to my SL. I would consider an M9 if it weren’t for the sensor issues and the fact that they seem to need frequent professional adjustment. Plus, they’re still going for $3K used!

The Industar is a very nice lens—surprisingly nice. I think that’s the thing about having a collection: I should just pick a lens to use for a day. Don’t get used to the same one. It’s nice to stay on my toes and get a different look—surprise myself by choosing a lens that gives me a unique perspective or makes me use the camera in a different way.

As I was running Henry’s bath, the light shone through the bathroom window. I must look for these opportunities. This lens looks great in color and black and white. I might even like the BW version better; in fact, that photo might just be a 5⭐️ image. I need to just order a damn ring light already.