From his “First Advertisement for Myself,” Norman Mailer begins to express what will characterize the rest of his writing career. Right off, he demands the reader’s “finest attention” to present his two theses: “the shits are killing us” and the necessity of personal growth and expression.[1] 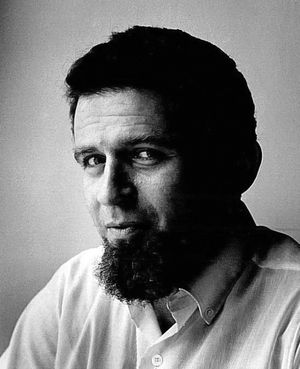 These essays and one story we read from these first two weeks of class illustrate and expand this idea. They are the “First Advertisement,” “The Greatest Thing in the World,” several columns from The Village Voice, “The White Negro,” and “The Homosexual Villain.” At the same time, Mailer develops a strong first-person narrator and hints at separate “Mailer” personae—the novelist is his ideal, but he also sees himself as the Hipster, the psychopath, the revolutionary. These personae are not so much masks as they are raw and genuine aspects of Mailer’s personality—all reporting to the “General” who “will settle for nothing less than making a revolution in the consciousness of our time.”[2] In a society defined by lies and cowardice, Mailer equates destruction with usefulness.[3]

This is a heroic act: one not to be undertaken by a coward, but a “big man” like Hemingway. Mailer saw a genuineness in Hemingway that he admired, an ethos that true writing depends upon. It seems, too, that the potential reading public must be convinced of the truth, Mailer suggests, for “the way to save your work and reach more readers is to advertise yourself.”[4] It seems that Mailer’s intention is to illustrate what all men (women?) need to do: look in the mirror to discover something essential, an idea that Mailer develops further in his “psychic outlaw,” the Hipster.[5]

Mailer equates writing with fighting and struggle. He writes “the ambition of a writer like myself is to become consecutively more disruptive, more dangerous, and more powerful,” all in the war against corrupt and corrupting social forces.[6] He characterizes this deceitful society in column two of his Village Voice articles: people become parts of a machine built on the “stubborn retarded expression” of traditional values and collected experience.[7] One way to combat this totalizing attitude is through obscenity: “poor debased gutturals for the magical parts of the human body” that communicate something essential without the clothes of convention.[8] Sex and violence become engendering and creative in a society that would seek to stifle them:

(I can’t help seeing this as an allusion to Achilles’ rage.) Indeed, if Mailer had one criticism of Hemingway, it was that he did not do enough to change the world.[4]

The major piece from Advertisements is “The White Negro” and the development of Mailer’s Hipster. Taking his inspiration from the Americans blacks who “have been living on the margin between totalitarianism and democracy for two centuries” and who have been mentored by the jazzman’s “morality of the bottom,” Mailer posits that the delinquent and bohemian might combine with the negro to become the Hipster, the non-conformist of his generation—“the American existentialist” or the “philosophical psychopath.”[10] Hipsters have their own language to communicate the essence of their experiences.[11] It’s a language that cannot be taught, and one as foreign to the Squares as world of the Hipster is strange. The Hipster is a “psychically armed” rebel who is casting away the lies of society in order to get at something essential, violent, sexual, disruptive: the “apocalyptic orgasm.”[12]

Mailer argues that this time of conformity and depression produced by the Holocaust, the atom bomb, and psychoanalysis robs death, and therefore life, of its meaning (we’ll hear an echo of this later in Why Are We at War?). The answer to this victory of technology over nature, Mailer argues, is “to accept death, to live with death as an immediate danger, to divorce oneself from society, to exist without roots, to set out on that uncharted journey into the rebellious imperatives of the self.”[13]

The Hipster’s quest is primal, to cast off the Super-Ego and adopt a nihilism that removes every social restraint and category.[14] The Hipster is never satisfied, always searching for that which is most disruptive—the “apocalyptic orgasm”[15]—the “affirmation of the barbarian” by exhibiting courage at “the moment of crisis”[5]—to “swing” with “the secrets of the inner unconscious life”[16]—and “be with it,” nearer to God and paradise “just beyond the next wave of the next orgasm.”[17] To stop and be satisfied is a Faustian dilemma, for “one must grow or pay more for remaining the same.”[18] The payment, it seems, is no less than one’s soul.

What remains unclear for me, might be represented best in “The Greatest Thing in the World.” Perhaps Al Groot is a prototypical Hipster? Both leave me with a question: in this hipster (il)logic, where is one to find morality and social responsibility? Mailer equates the Hipster with the psychopath, arguing that the only morality is to be true to oneself: “to do what one feels whenever and wherever it is possible.”[14] That the Hipster’s courage is an example for others to do the same, for “it takes literal faith in the creative possibilities of the human being to envisage acts of violence as the catharsis which prepares growth.”[5] It seems this is the moral imperative of the time: that “violence, new hysteria, confusion and rebellion” replace the conformity and meaninglessness of his particular time.[19] The morality, then, is the destruction of what is Square to engender something new, individually and socially. Is Mailer’s Hipster just a metaphor for Mailer’s Novelist? Mailer’s protagonist? His hero? I, for one, would probably not want to meet an actual Mailerian Hipster.

Finally, in “The Homosexual Villain,” Mailer demonstrates the need for growth, for prejudice cannot survive reason and empathy.[20] This essay is less about homosexuality, and more about Mailer himself. He discovers that he is one of the “shits” that recirculate those lies of the past he railed against in the Village Voice columns. He readjusts his attitudes that were “closing off” a “very large part of life.”[21] His revelation—“My God, homosexuals are people, too”—allows him to grow as a person and a novelist, illustrating his major theses of Advertisements.[21]