Since beginning my teaching career in higher education, I have never encountered a force that has such potential to change the game than social media. Social media practices are having a profound influence on how we teach, what we teach, and our attitudes toward teaching and learning. It might be safe to say that social media might be the most significant advance in education we have ever seen. 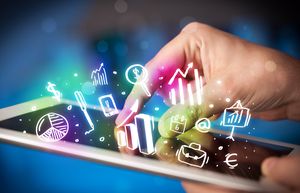 This is not just that Facebook thing I’m talking about. It’s a shift in theory and practice that the use of social media has had on almost every aspect of our lives. New media has changed the flow of information, bringing not just new access to information, but a way for everyone to respond and contribute to the shape of their culture. New media has precipitated a renaissance in what Lawrence Lessig calls “amateur culture”: a healthy, passionate, creative, and integral component of community that allows us to express what’s significant to our lives.[2][3] The key here is this active participation, not the old consumerist paradigm of passive consumption — one that seems to be borrowed by the classroom. With access to social media, we all have a voice to use how we want.

Part of the significance of this idea is access to technology. Now that the majority of the American adult population has a cell phone,[4] and even more college students access the Internet via their phones,[5] access to information has never been more democratic. According to a 2011 Pew Internet Study, “College students are much more likely than the overall cell owner population to use the internet on their mobile phones, although all young adults do this at a relatively high rate regardless of student status.”[6] This trend toward mobile technology seems likely to continue.

Over 70% of adults online use social media platforms to keep in touch with friends and family.[7] Facebook is the most commonly used, followed by Twitter, LinkedIn, Pinterest, and Google+. The popularity of these platforms fluctuate, but it is interesting to note that Twitter was the least popular[8] on the list as of 2010, but is now listed as second in popularity under Facebook,[9] with 30% of users 18-29 reporting using it.[10] So while personal connections seem to be the major driving force behind social media use, other uses involve a shared hobby or interest, the desire to make new friends, or connect in a romantic way.

What is “Social Media” in Education? 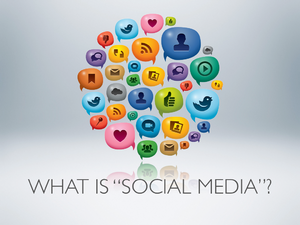 I define “social media,” then, not just the communities of participation grouped around common interests, but how individuals contribute and participate. It’s a unique combination of mobile gadgets, social media applications, and user contributions. Social media are about how we access and use information. So, when I use the term “social media” today in the context of educational practices, I mean a platform that:

This is why thinking about social media in the classroom is important. Let me be clear: this is a working definition and is always subject to change depending on additional developments and practices.

Why is “Social Media” Important? 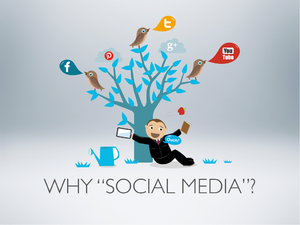 {{cquote|The students get more engaged because they feel it is connected to something real, that it’s not just learning for the sake of learning. . . It feels authentic to them.|author=Christine Greenhow[12]

Social media has the following characteristics and implications. These are the criteria that currently motivate my understanding and use of social media in the classroom. This is not an exhaustive list, nor does it contain an emphasis on marketing and consumerism that others see as an intrinsic part of social media.

Social media redefines our relationship to “media.” While the media has not always been social, our expectations about how we experience and influence our culture have changed by our experiences with social media. This is part of what Henry Jenkins discusses in Convergence Culture: no longer do we just consume culture, but we are an integral part of how it’s made.[13] For example, see fan fiction, slash fiction, cosplay, or the fan communities’ influence on TV series like Family Guy and Firefly.

Social media connects to something “real.” Using social media seems to be more significant than watching television, for example. Participation online is active contribution. Students feel as if they are making real connections rather than performing academic exercises. Sugata Mitra states: “Groups of children can teach themselves almost anything. You take children and put them into groups of four or five and then you ask a big question. The internet is full of answers, but you must ask the questions that turn on the mind…when they find the big answers they believe in themselves, and they believe in the world around them.”[14]

Social media develops digital literacies. By the time students get to college, they are pretty much experts in print literacies: i.e., they know how to use a book, compose an essay, and take class notes. Social media teaches literacies of the screen that most will be using in their professional lives after graduation.

Social media allows for and even encourages response. Jean Baudrillard argued that media are defined by their non-responsiveness; i.e., media flows one-way, and their rules are dictated by those who own them.[15] Therefore, design determines use, so consumers are unable to use the media to express anything contrary to what the medium allows. Digital media resist centralized control; they are malleable and unpredictable, providing ways in which the media themselves may be altered and remixed for new expressions.

Social media promotes amateur culture and creativity. Social media allows users to explore aspects of a subject that interest them and to approach how they organize those interests in a creative way. Digital media gives powerful production tools to users, encouraging them to try their hands at creative outlets that might have been prohibitive in the past, like making videos, writing, or building virtual spaces.

Social media challenges traditional educational paradigms. The traditional classroom created traditional students, like factories churning out products. Success is based on how information is fed and regurgitated, how students’ own interests and abilities are sublimated, and how their responses are carefully monitored and evaluated. The products of this system, states Ted Nelson, are adults whose “mentality is cauterized, and we call it ‘normal.’”[16] Like social indoctrination, the main subject of education is the correct way to learn. Bringing social media in the classroom forces us to re-evaluate these expectations.

Finally, social media is generally free — something all educators and administrators can appreciate. (Indeed, another reason to dump proprietary software like learning management systems. In fact, most productivity software could be relinquished for free, open source software.)

Using Social Media in the Classroom 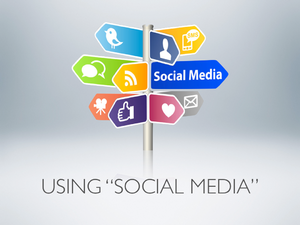 I have written about my “Bring Your Own Device” policy before, but let me reiterate: instead of telling students to put their phones away as potential distractions, I insist that they take them out and use them for class. Because of the smartphone, we have progressed to a point where I can be pretty confident that we are now saturated by digital media — that all students have access to a networked digital device (1:1 technology[17]) that I can expect them to use in class. Whereas a pen and dead trees were staples of the twentieth-century classroom, the digital classroom — or classroom in the cloud — starts with the digital device.

With the device as center, the classroom opens up. No more are we locked in the nineteenth-century iron grid or desks, chalkboards, lecterns, and four walls and the unique environment these realities create. The classroom needn’t be isolated and private, but can connect through digital devices with information, ideas, people, and applications we never had direct access to in the past. This new reality turns the medium of the classroom on its head, potentially putting the students in charge of forming their own knowledge with the guidance of the teacher — who leads not from a position of privilege, but as a encouraging guide or fellow explorer they meet along the way.[18]

This is the most difficult transition for me as an educator, and I would expect that many of us share this sentiment. As students often find any alterations to what they expect of education off-putting, many of them are much more willing to embrace alternative approaches than those of us who have been doing things a certain way for a while. I’ve always found this to be a positive trait of digital technology: uncertainty. It makes you experiment. It challenges you to take risks. They don’t always work out, but we’re never less for trying.

Still, the most important things that I think — right here and now — I can do as an educator is (1) to encourage my students to pursue their passions, and (2) to help them shape their discoveries into knowledge. I know this sounds a bit pie-in-the-sky, but it allows me to eschew the more pointed bits of my ego and emphasize what’s more important: the students’ education.

So BYOD offers a real paradigm shift for my conception of teaching. Using social media in the classroom is a way to reconsider old paradigms of education and potentially reform or revolutionize how we learn and think. With the device as the point of student access and participation, I use several other “social media” when teaching. 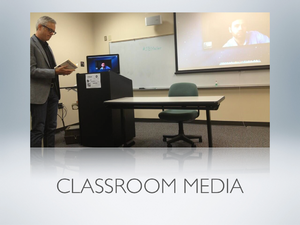 I used to use a course management system (CMS) — also called learning management systems (LMS) — for teaching, specifically Moodle. If you’re a college professor in Georgia, you are familiar with Vista, Blackboard, and now Desire2Learn. These systems try to be an all-in-one solution for education. They contain versions of social media, but remain closed off to the world at large. Since they try to include everything any educator might want to use, they tend to do nothing very well, so their designs don’t tend to encourage student engagement. In a world of freely accessible social media, I’ve often wondered why we would want to use these clunky proprietary ones to begin with. Perhaps FERPA and Fair Use come into play? Administrative pressures? A nod to “standards”? (More on these later.)