Difference between revisions of "December 29, 2013" 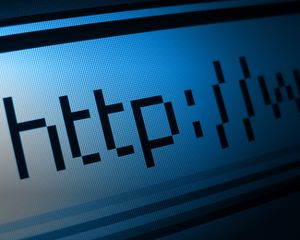 It used to be that to have a web presence that stood out from the others, you would need to either run your own server or purchase web hosting. I have done both, and I have recently decided that I am done with both.

There’s just no longer a need for the headaches. I’ve built and managed my own servers since the late-90s - running just about every sort of UNIX you can think of: Solaris, FreeBSD, the original Macintosh Server (NeXTSTEP), and multiple releases of Linux. My favorite is still Debian (you can run it on anything), but Solaris was pretty badass on my little Sparc 20. I have also been a customer of various web hosting companies chiefly because I wanted to use my own domain names and my servers were always part of university networks where that’s a no-no. 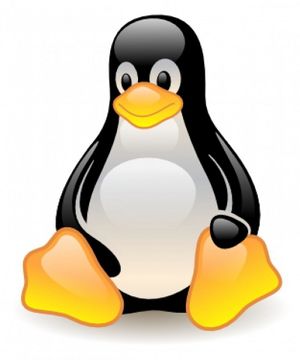 Linux: always my preference when setting up my own server.

I prefer running my own servers, but dealing with security was a full-time job. University IT folks also do not want amateur sysadmins setting up servers that could easily compromise the network if not done correctly. I got to be pretty good at it - I even devoted a chapter of my dissertation to using old equipment and Linux to set up a university computer lab. It was fun doing it, but maintaining it? No thanks. I’m still responsible for an old G5 Xserve running Debian (Apple stopped supporting it!): it supports a Moodle install and several campus web sites. I’m pretty done with this, too. Who do I see about handing it off? Anyone?

Purchasing web hosting is also a pain in the ass. Since I’m used to running my own servers, I learned the command line pretty well. Well, most web hosts automate these functions - making them “easier” - with a clunky GUI that won’t do half the things I need it to do. Don’t even get me started on DNS. Customer support? My oh my…

Recently, my current host provider decided that the standard login for Wordpress is a security risk, so they changed it to something “more secure.” Fine. They just forgot to tell me. So, I have to send off an email to some Russian tech support and wait the requisite 24 hours for their generally useless boilerplate response. I have to reply, restating my question, and again wait for a response. This dance often took days. Meanwhile, I cannot update my course web site for students. Not cool.

I’m done with all that. There’s just no need anymore. As I said above, my reasons for running my own server or renting web hosting are to:

With new platforms like Medium (my current favorite), Svbtle (I have not gotten an invite, yet), and Ghost (just opened up for hosted accounts), Wordpress seems old-skool. Don’t get me wrong: I like Wordpress, and the development community is doing great things with it. But, even with those great things, Wordpress feels downright geriatric compared to Medium’s slick interface.

In fact, blogging as a medium seems a bit tired. With Medium, users participate in, according to Noah J. Nelson “a new publishing platform” - a community of folks with similar interests.[1] Yes, they are still figuring themselves out - particularly how to make money, according to Matthew Yglesias on Slate —but they have brought the novelty back to blogging.[2] You’re not a single voice in the wilderness, but a community of mutually supported writers. Plus, the interface is the best I’ve ever seen and used.

Still, that said, I cannot use my own domain name there, but I can here with Ghost (and it seems with Svbtle). Ghost looks like it borrowed some design cues from Medium, which I like. Yet, they are even newer and still a very bare-bones service. They are a paid subscription service for hosted accounts, but I don’t mind laying down a few bucks to not have to deal with the hosting issues. This is my first post on Ghost. It’ll take me a few to make a decision. Medium has them beat for interface, but the markup here is OK.

Finally, who cares about email anymore? If anything, email has become a dinosaur, one I’ll happily let die. I used to use the free Google Apps accounts for establishing email, but the mighty do-no-evil Google ditched the free accounts. Therefore, I’ll help bury the moribund email. For a couple of years now, I have had the following disclaimer under my email signature:

Email is a dying medium. Between the spammers and proprietary systems, it has gotten out of hand. It is clunky and takes up way too much of my time. Therefore, I am spending less time with it. For a faster response, consider contacting me though Twitter or through one of the social services listed on my About page.

Thanks for the idea, Professor Jones.[3] People still want to send me email, and I still answer it, but it’s tedious. Isn’t a tweet so much easier? Besides, with so many spammers spoofing email accounts, it’s better to let the professionals handle it.

So there. I just renewed my web hosting account for another year, until I decide what to do with my course web site LitMUSE. Anyone have any ideas? I might just keep using Wordpress for this one, but I’ll take one of their hosted accounts. Thanks very much.