Today’s weather is what motorcycles were made for. It was lower-to-mid-70s, and I wasn’t about to let that pass without a ride. Henry and Autumn were already planning to go to her parents’ house for a visit, so I just took my own vehicle and a more circuitous route. The BMW R 1200 GS and I didn’t take any new roads, but went down through Fort Valley to Marshallville. A left on 127 (a lovely road), took me into Perry, then up to the Anderson compound. Even though I left after them and took a longer route, I still beat Autumn and Henry. 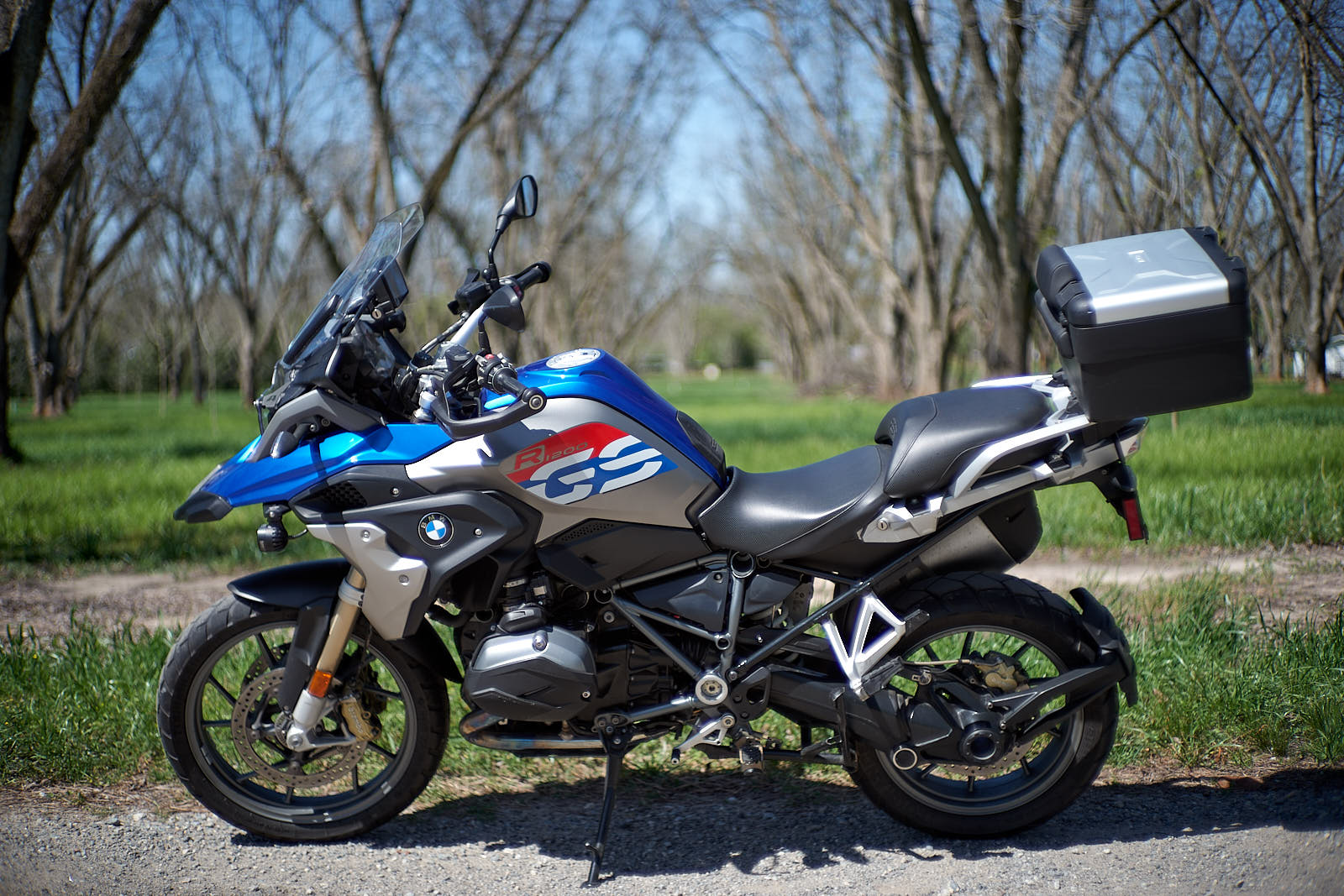 This is a recreated photo—one I took of my previous GS that I liked almost two years ago. It’s on the Anderson’s driveway with the pecan trees in the background. I really like the rendering I get from the Canon 1.4/50 LTM. A few more photos of the GS are in the gallery.

We had some late-lunch and I watched Henry play outside for a bit before the second half of my ride. I took some shots of him and Autumn, a couple of which came out well. See the gallery.